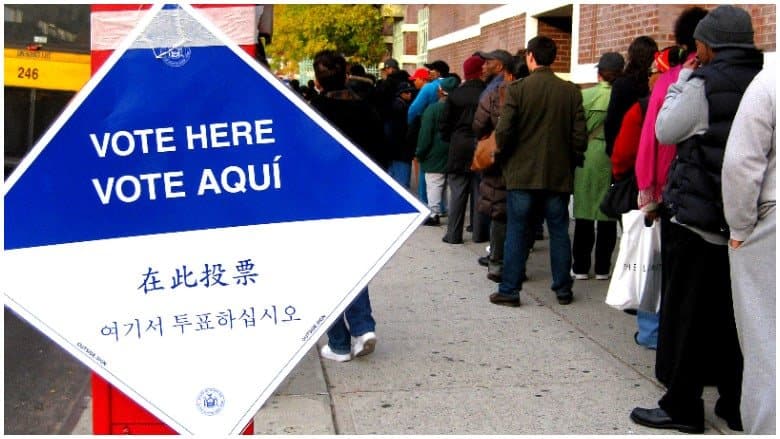 Many states have announced COVID-19 prison releases of inmates, some in the thousands. Other reasons are also driving a decline in the prison population, such as fewer parole revocations in some states. Could one ramification of prison releases nationwide be that more felons will be able to vote in the November election?

It turns out that, in 16 states and DC, felons regain their right to vote when they are no longer incarcerated. This includes some battleground states like Michigan, Ohio, and Pennsylvania. The numbers aren’t massive, but the election could be very close. (In Wisconsin, felons on probation and parole still can’t vote even if they’re no longer incarcerated.)

The screenshots below are from the National Conference of State Legislatures. They list the states where felons can’t vote only if they’re incarcerated. Those states are: Colorado, District of Columbia, Hawaii, Illinois, Indiana, Maryland, Massachusetts, Michigan, Montana, Nevada, New Hampshire, North Dakota, Ohio, Oregon, Pennsylvania, Rhode Island, and Utah.

Throughout the country, prison populations are shrinking for a variety of reasons as the call for prison reform escalates nationally on the left.

COVID-19 Prison Releases Have Occurred Across the Country

According to Cal Matters.org, California “will release more than 11,000 prisoners early — largely nonviolent offenders with less than a year to serve — reducing the prison population to a 30-year low.”

In Michigan, the prison population has declined by 2,000 during the pandemic. It’s not just COVID release; parolees aren’t being returned for parole violations as often either due to coronavirus. In Wisconsin, the state Department of Corrections had released 1,600 inmates as of May 2020.

10Philadelphia reported in April 2020 that “special court hearings began two weeks ago to approve the emergency release of hundreds of Philadelphia inmates.”

The Pennsylvania Department of Corrections says on its website that it is taking these steps to deal with COVID-19:

Working with the parole board to maximize parole releases

Expediting the release process for anyone with a pending home plan

In Nevada, attorneys are pushing for the release of inmates. As of May, the State of Colorado had released 290 inmates.

According to the Marshall Project, between March and June 2020, the height of the COVID-19 pandemic, more than 100,000 people were released from state and federal prisons, a decrease in the prison population of 8 percent.” There’s a big variance by state: from 2% in Virginia to 22% in Connecticut, the site found.

The reasons for release are complex, though. “Prisons stopped accepting new prisoners from county jails to avoid importing the virus, court closures meant fewer people were receiving sentences and parole officers sent fewer people back inside for low-level violations,” The Marshall Project reported.

Weigh in on the comment thread, and let us know what you think.