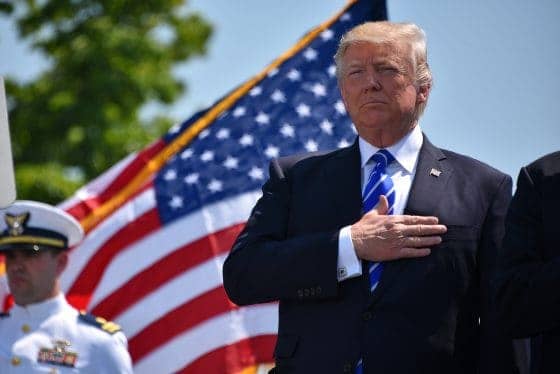 Billionaire Jeffrey Gundlach, who correctly predicted the outcome of the 2016 presidential election, thinks President Donald Trump will win again, according to Fox Business.

Gundlach said in a webcast that he doesn’t believe the polls, which, of course, were famously wrong in 2016, according to Bloomberg, which quoted him as saying, “Will Joe Biden beat Donald Trump in November? I don’t think so. I’d bet against that. I think the polls are very, very squishy because of the highly toxic political environment in which we live.”

Fox Business described Gundlach as “CEO and chief investment officer of Los Angeles-based DoubleLine Capital.” Fox Business did note that Gundlach has been wrong before, though, because he didn’t think Biden would secure the Democratic nomination in the first place.

Yahoo Finance reported that Jeffrey Gundlach also believes that some Trump voters are lying to pollsters because it’s not considered socially acceptable to support Trump or because they don’t like or trust pollsters.

“Two-thirds of conservatives or moderate conservatives say that they have lied about their support for Donald Trump either directly or by omission,” he alleged, according to Yahoo Finance.

Gundlach’s biography describes him by saying,

Gundlach’s prediction banks on the polls being wrong in 2020 like they were in 2016 because Biden is leading Trump.

You can see recent presidential election polls rounded up by RealClearPolitics here. Trump hasn’t been ahead in many of them. But, again, that was true in 2016 too. Experts gave multiple reasons for the polls being so wrong last time, including people lying to pollsters, and pollsters not measuring the manner in which Trump turned out new voters in the rural areas whereas some Democratic voters in the cities stayed home. This election, of course, is an especially novel one because of the lack of campaigning due to the COVID-19 pandemic and just the effect of the pandemic itself.

The battleground polling matters even more. You can see some of the recent polling in battleground and other states in the 2020 presidential contest here. They also show Biden ahead in many cases, although in some states Trump has been gaining some ground.

politics trump
Keep Up With Breaking Conservative News! by jim790