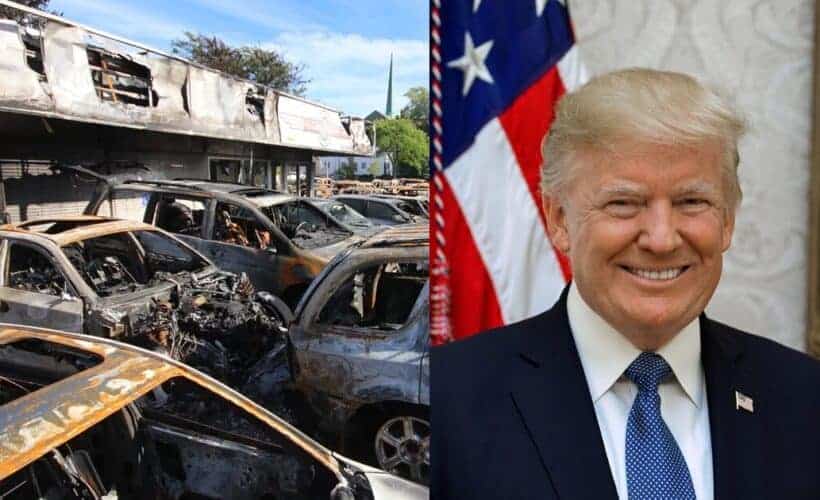 Kenosha County Board supervisors sent a letter to President Trump, encouraging him to visit Kenosha Tuesday.

This comes after Gov. Tony Evers is asking him to reconsider.

Please do not cancel your plans to visit Kenosha to meet with citizens and business owners devastated by the violence that took place this past week.

Kenoshans are hurting and looking for leadership, and your leadership in this time of crisis is greatly appreciated by those devastated by the violence in Kenosha.

Many Kenoshans are very grateful for the federal assistance that your administration provided. The relief was felt countywide once federal and local law enforcement agencies were able to take the proactive steps to prevent additional crime, instead of being outnumbered and spread too thin.

We would be honored to have you come to Kenosha so citizens can thank you in person. 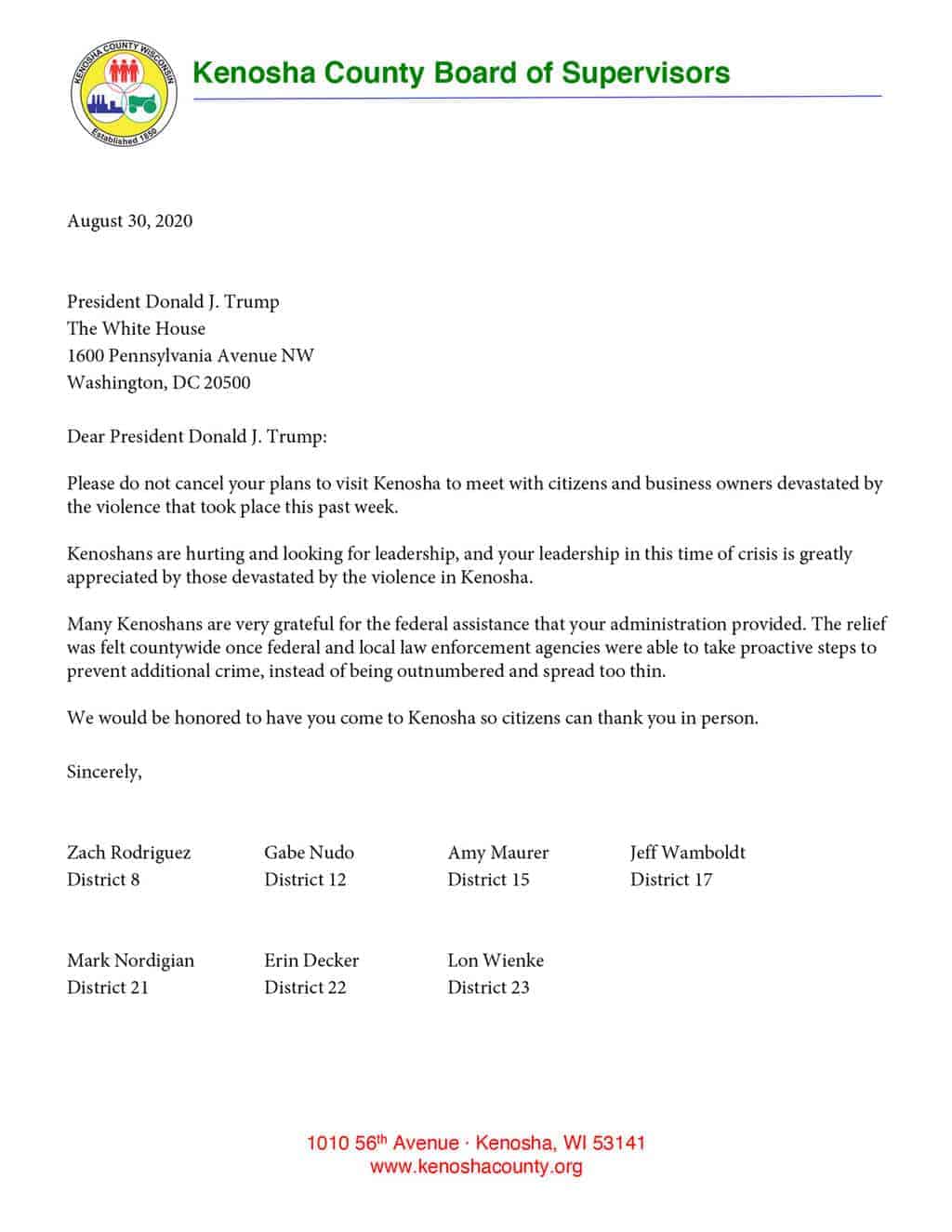 The letter comes after Wisconsin Gov. Evers wrote a letter to the President asking him to reconsider visiting. On Tuesday, the President was planning to meet with Kenosha business owners and tour the damage caused by the riots.