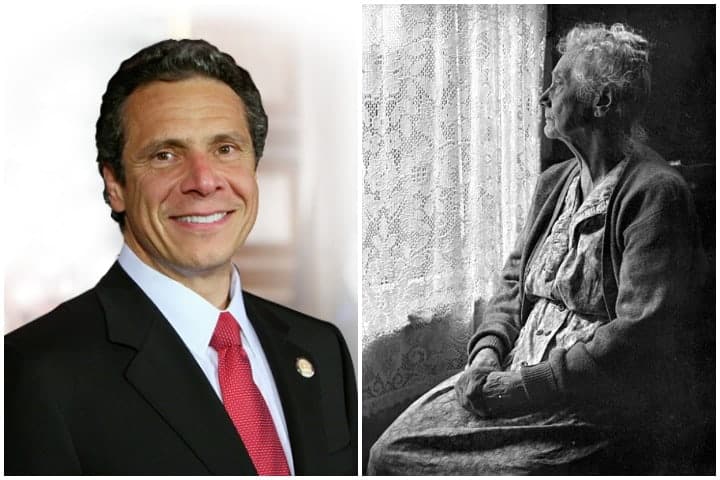 This past March, as the threat of COVID-19 intensified, New York Gov. Andrew Cuomo employed poignant rhetorical imagery in indicating that he intended to err on the side of caution.

“My mother,” he intoned, “is not expendable. And your mother is not expendable.” He went so far as to name a temporary stay-at-home quarantine order after his 89-year-old mother (a great lady). He called it “Matilda’s Law.”

But it was all a sham. It seemed that while he wanted to protect his mother, others would not be so lucky. Just days later the governor pivoted: Cuomo announced that New York state nursing homes were required to readmit patients that had been sent to hospitals because they were infected with the coronavirus. Moreover, under the March 25 order, nursing homes weren’t allowed to test incoming patients for COVID-19.

Not that he has ever acknowledged it publicly, but by early April the governor realized his tragic mistake. Under heavy pressure from nursing home operators, Cuomo signed legislation shielding the facilities from most lawsuits over their handling of the coronavirus.

Later, faced with tough questions about whether New York was undercounting coronavirus deaths in its nursing homes – Cuomo launched his own in-house investigation. Not surprisingly, it absolved his administration of any misdeeds. Cuomo himself, while acknowledging a radical undercount, blamed everyone else: the Centers for Disease Control, the federal government, beleaguered nursing home personnel.

In the mid-1970s, New York was faced with a comparable scandal. But when New York Assemblyman Andrew Stein (one of the authors of this article) confronted then-Gov. Nelson Rockefeller with evidence of nursing home maltreatment, “Rocky” not only acknowledged the state’s failings but instituted much-needed reforms. The current governor’s instincts are the opposite. He’s writing a book bragging about his handling of the pandemic. It’s due out next week. But he provided a sneak preview this week of the scapegoating that is sure to fill its pages:

“Donald Trump caused the COVID outbreak in New York,” Cuomo said at a press briefing. “That is a fact. It’s a fact that he admitted, and the CDC admitted, and [Anthony] Fauci admitted.” That’s not a fact, of course. It’s dishonest demagoguery, which is what we’ve gotten from this governor all year along with the boasting and the finger-pointing.

What is needed in Albany is political will and the courage to stand up to special interests. When Medicaid became a major source of reimbursement for nursing homes in the 1970s, the industry responded by creating a strong lobbying operation to resist government oversight. The upshot has been a gradual declining quality of care in many facilities housing our most vulnerable citizens. In this current pandemic, all these forces came together to produce a recurring tragedy.

In the nearly 20 hours of related testimony conducted by the state legislature (over Zoom) this year, New Yorkers identified the continuing problems of nursing homes and suggested many reforms. Noting that inspectors had cited nursing homes for poor infection control before the pandemic hit, advocates called for more inspections – and stiffer fines for those found to be substandard. Others suggested closer monitoring of the character and competence of nursing home owners.

Meanwhile, as Cuomo puts the final touches on the book touting his “triumphs” over the coronavirus, a number of old-fashioned liberals in the legislature have asked pointed questions about why the governor’s own health commissioner has been stonewalling them on the actual number of nursing home deaths.

Several lawmakers fumed at Cuomo during a live-streamed forum on the issue last week. One Democratic lawmaker accused him of being more interested in self-promotion than being transparent on nursing homes.

Assemblyman Richard Gottfried, also a Democrat, added: “When you ask an important question and their answer is patently ridiculous, it’s clear something is really wrong.”