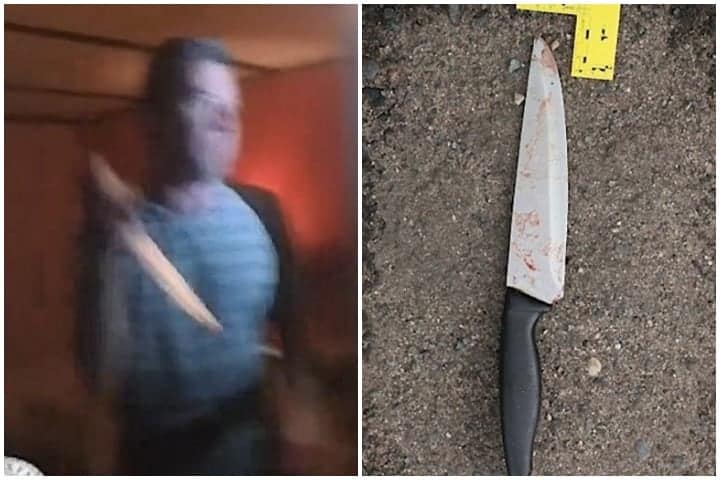 According to a press release:

On Aug. 8 at 9:44 p.m., St. Croix Falls Police responded to a 911 call at the Dalles House Motel. The caller reported that an adult female in a room needed help as her boyfriend had a knife.

Officers arrived within two minutes of the call, knocked on the motel room door and identified themselves. Terry Treleven opened the door with a knife in his hand. Treleven held the knife in an aggressive manner and was ordered several times to drop the knife by both officers. Treleven refused and then came towards Officer Mariakis, who was forced to shoot his handgun. Treleven died at the scene. 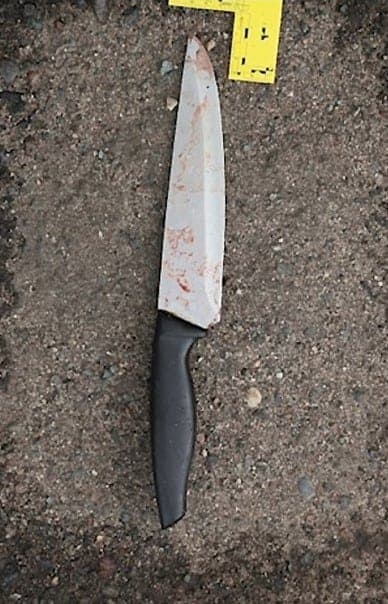 A female victim was found in the motel room and had several stabs wounds to her neck, chest and hands. She was taken to St. Croix Regional Medical Center then airlifted to Regions Hospital in St. Paul. She is continuing to recover from this incident. 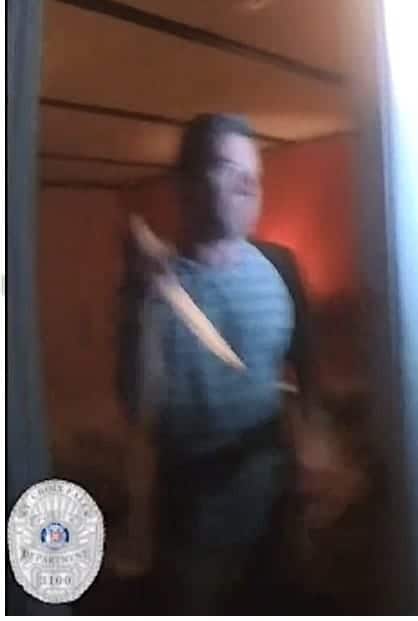 According to information in the video:

On Sept. 2, the Polk County District Attorney’s Office ruled the shooting was justified.