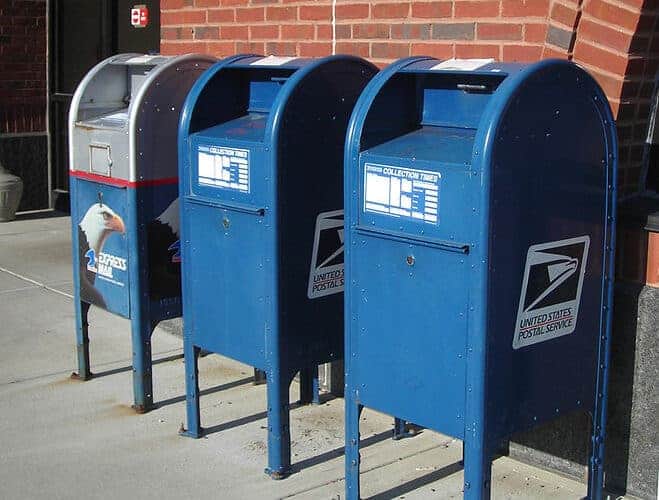 Across the country, Americans are starting to reap the benefits of lightning-fast 5G services. Rural, unserved users stand to benefit the most from the “latest and greatest” generation of mobile connectivity standards, since 5G services are significantly faster than 4G and the deployment only requires a pizza box-sized small cell deployment to operate.

In order to help speed up deployment, the United States Postal Service (USPS) may be offering up its facilities as 5G deployment sites, allowing internet providers an alternative to the onerous attachment regulations and fees imposed by many localities. While this arrangement could speed up deployment and even improve the USPS’ abysmal finances, the struggling agency must be careful to avoid venturing too far into the telecommunications space. The USPS can help America get connected to fast, reliable internet, but only if it knows its limits.

The possibility of 5G wireless at the post office may soon become a reality. The USPS’ inspector general (IG) contemplated this idea in a September 14 report, noting that the agency’s vast infrastructure could do double-duty as a digital support system. The IG found: “5G will require a wide distribution of antennas, fiber optic cable, and other communications infrastructure. As such, there may be opportunities for the Postal Service to work with industry partners in identifying facilities where antennas could be located and sites that could be utilized for fiber optic cable connection points.” Connecting America to 5G will require roughly 800,000 small cell antennas, compared to approximately 200,000 cell towers in operation today.

While the USPS can’t fill in all of this capacity gap, more than 31,000 postal facilities spread out across the country could make a sizeable dent. Leasing agreements between the USPS and internet providers are hardly a novel concept. The IG notes that “the Postal Service already has existing agreements with tower companies to lease space for wireless towers at 62 postal facilities, which accounts for $1.4 million in annual revenue.”

A more widespread leasing arrangement could bring in tens of millions of dollars to the USPS, and the agency needs all the revenue it can get. The USPS has more than $160 billion worth of unfunded liabilities and will run out of cash mid-next year absent significant changes. New Postmaster General Louis DeJoy has already implemented some changes to cost costs and increase revenue, but these reforms have been met with fierce criticism and rampant conspiracy mongering. Embracing 5G deployment at postal facilities could help DeJoy bolster postal revenues while softening his image as a baby chicken killer.

However, the agency must proceed with caution in any 5G endeavor it pursues. The IG suggests that post offices could operate as digital kiosks and provide free Wi-Fi services for unserved Americans. That could mean trouble because the government has an abysmal track-record in providing taxpayer-funded internet services. The Taxpayers Protection Alliance’s “GON with the Wind” report found that government internet services are poorly targeted and used by less than 40 percent of potential subscribers. These broadband boondoggles tend to go overbudget, strapping residents with high tax bills for the foreseeable future. One government-owned network in Salisbury, NC had a take rate of just 16.7 percent yet cost more than $2,000 per Salisbury household to build.

Similar costs would plague the USPS if it decided to build digital kiosks, resulting in even-worse finances than before and all-but-guaranteeing a taxpayer bailout. The USPS could avoid this fate and improve its finances by limiting itself to leasing out its infrastructure to internet providers.

The stakes could not be higher as the USPS continues to lose billions of dollars while Americans continue to struggle to connect to the internet. With the right digital policies in place, improved USPS finances and digital connectivity could go hand in hand. Americans can finally get connected…with a little help from the post office.

By Ross Marchand
Go to Source
Reposted with permission