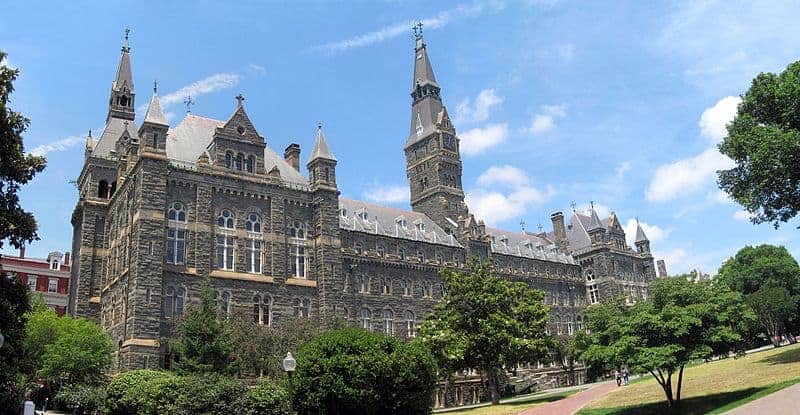 This week marks a major breakthrough in the “campus free speech wars” – the battle over what many see as the evolution of America’s top academic institutions from bastions of truth-seeking to indoctrination camps for the next generation of political activists. The new College Free Speech Rankings from RealClearEducation injects some much-needed transparency into the education market by revealing contrasts – and therefore, options – for prospective students and families who prioritize campus speech climate in the college hunt.

Speech climate is not just a niche issue for conservative young adults – it is a direct indicator of an institution’s commitment to broadening students’ minds and fostering genuine academic freedom and flourishing. Parents would be well advised to steer their children towards the more accepting top schools like the University of Chicago or Ohio State, ask tough questions on college tours, and avoid the laggards; alumni and families of current students should be phoning administrators to investigate the climate they’re creating versus their peer institutions, and whether students are really being educated and not simply indoctrinated.

After all, the true purpose of higher education is to teach students how to think, not what to think – or so I was reminded constantly at Georgetown as an undergraduate, which, embarrassingly, falls in the bottom ten of the 55 schools surveyed by RealClear on speech climate.

Not too long ago, I was a young contrarian undergraduate – not conservative, exactly, but certainly skeptical of progressive dogma. I entered Georgetown in 2009 and pursued the liberal arts. And I did in fact receive just such an education, based on critique and argumentation, from open-minded instructors, and peers of diverse ideologies and backgrounds. I encountered my fair share of leftist professors, and a burgeoning – but still, in the early 2010’s, small – strand of intolerance from a hard-left faction on campus. They were just emerging as I passed through my undergraduate years. Now, they are the dominant faction on many campuses – and the data, specifically on conservative students self-censoring, bears this out.

Would the Georgetown of today support me as an undergraduate, giving me the space to explore ideas openly, and defend me from the countless instances of harassment and social shaming on campus today? And, if the answer is no, do its administrative leaders care?

Experts on campus issues Jonathan Haidt and Greg Lukianoff have laid out how the trends of campus safetyism and groupthink hurt every student (including the most left-leaning), stymying their educations and forging coddled, fragile psyches ill-equipped for the stresses of the outside world.

Even casual observers will note that the defenestration of journalistic ethics from publications such as the New York Times and the Philadelphia Inquirer – jettisoning their editorial management and officially yielding editorial veto power to younger staffers – coincides with the graduation and subsequent hiring of the youngest and most radical cohort of college students in American history.

Young, woke staffers in the media, corporate, and tech worlds act as professional agitators, looking for vestiges of racism, sexism and homophobia to expiate. The campuses that created them, by marginalizing even the most anodyne of moderate opinions, have not only produced intellectually inferior graduates, but also miserable ones, and at a significant financial cost.

Those who reject all this must remember that the market for education is ultimately responsive to market forces. If parents, donors, and prospective students shift toward the more hospitable environments for speech (and, therefore, education), it will create an incentive to further buttress the best performers – and for the laggards to change course.

The new 2020 College Free Speech Rankings provides just such an incentive, rewarding the schools at the top of the speech climate ratings, and “naming and shaming” those at the bottom.

By Albert Eisenberg
Go to Source
Reposted with permission