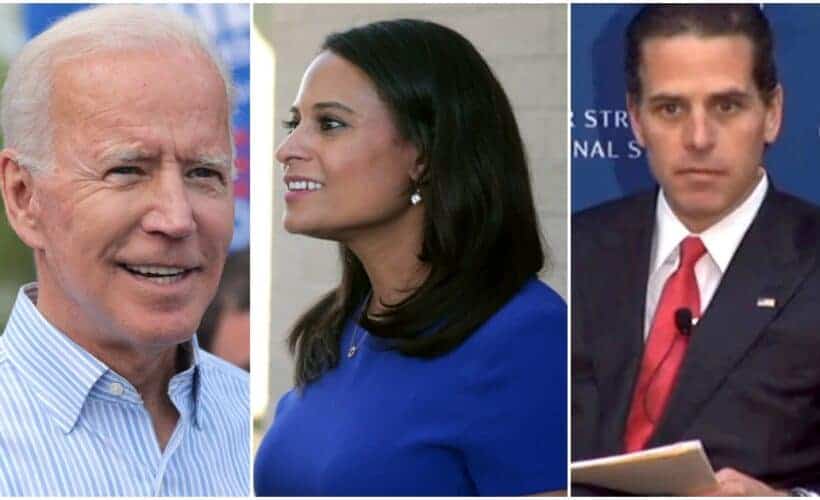 These are the 7 questions the moderator should have asked Vice President Joe Biden during October 22’s presidential debate.

The moderator, Kristen Welker, a journalist with NBC, seemed to bend over backwards to cut President Donald Trump off when he raised questions about Biden and China. In one notable instance, Biden appeared about to address the matter, but Welker redirected the questioning. Maybe a reporter should add up how many times Welker interrupted Trump, since reporters are always so quick to tally how many times Trump interrupts people.

Meanwhile, important questions about the Hunter’s laptop claim remained unanswered. In case you missed it, The New York Post reported that it had obtained a laptop that belonged to Hunter Biden from a Delaware computer store owner. It contained photos and emails.  The Post alleges the hard drive contains emails that reference a meeting between Biden and a Ukrainian energy executive, along with other claims. Biden’s campaign denies the meeting happened, but hasn’t explained whether the laptop did in fact belong to Biden’s son, who made thousands of dollars on the board of an Ukrainian company while his dad was Vice President (and who knows how much from China).

Here are the 7 questions Welker should have asked Biden:

1. Did the laptop that was discovered at the Delaware computer store belong to your son, Hunter?

3. Were you the ‘big guy’ referenced in the emails found on the laptop? What did the 10 in that email refer to? (Fox News previously reported that an alleged email about a business arrangement involving Hunter Biden and China referred to a “proposed equity split” referencing “20” for “H” and “10 held by H for the big guy?”)

4. Did you receive any money as part of your son’s dealings in China and/or Ukraine?

5. Is the FBI investigating Hunter’s laptop? For what?

6. Do you think it was right that big tech companies censored the story on Hunter’s laptop?

7. Did you ever meet with Ukrainian energy executive Vadym Pozharskyi as the Post email alleges?