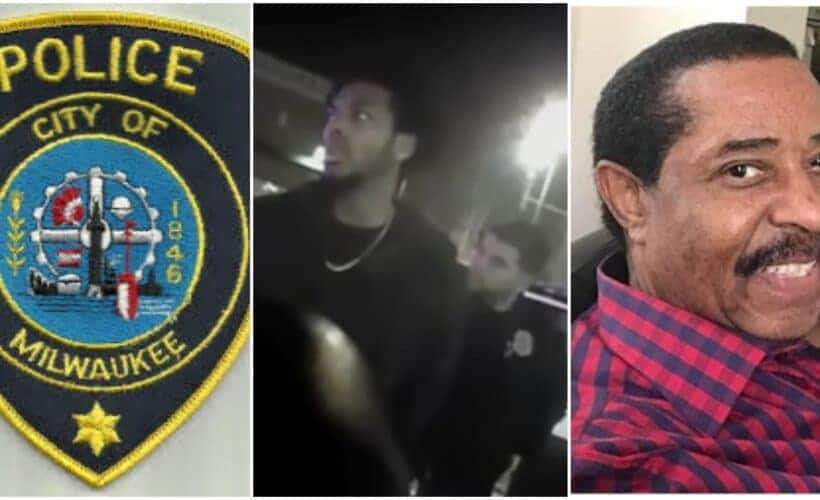 The Milwaukee Police Association and Milwaukee Police Supervisors Organization say they have lost confidence in new Milwaukee City Attorney Tearman Spencer’s ability to fairly represent their members, after it was revealed that Spencer wants to settle a lawsuit filed by Bucks player Sterling Brown. They’re accusing Spencer of “disturbing and blatant violations of the Rules of Professional Conduct.”

The two unions are demanding outside counsel to represent their members at city expense in the case and are asking that the Common Council wait to vote on the settlement until they receive such counsel.

“We have no confidence in your ability to legally and ethically represent our members on, at the very least, this case,” the union wrote Spencer. The Nov. 14 letter, which was obtained by Wisconsin Right Now, was signed by Dale Bormann, MPA President and Carmelo Patti, MPSO President,

The unions accused Spencer of taking action that was unprecedented and could potentially affect their members’ future job prospects.

We previously published a story revealing Spencer’s rationale for settlements after obtaining messages he sent to a constituent and interviewing him on the topic. “…the Sterling Brown matter is more for the people…but everything that’s done helps a little,” Spencer wrote the constituent in the context of discussions about racial injustice toward blacks. ESPN reported that Spencer wants the city to settle Brown’s civil rights action for $750,000.

According to ESPN, officers stopped Brown outside a Walgreen’s store and used a stun gun “when he didn’t immediately remove his hands from his pockets, as ordered, while waiting for a parking citation.”

Spencer gave his side in a letter obtained by ESPN, writing, “Because of the unpredictability of a trial, and the City’s risk for exposure to compensatory and punitive changes, as well as additional attorney fees and costs, we recommend that this matter be settled for that amount.”

The letter focuses on the Brown settlement, although the MPA previously expressed its upset over Spencer’s advised, with Common Council approval, $4 million settlement with the family of Sylville Smith, a man who fled police with a gun. The officer was acquitted by a jury in that case.

The police unions wrote Spencer that the Brown settlement “involves not only the Milwaukee Police Department Chief of Police (former Chief Alfonso Morales, in his official capacity) but also eight individuals, six of whom are current members of the MPA and MPSO.”

They added: “It has come to our attention that there is a pending resolution related to this matter scheduled for November 16, 2020 before the Judiciary and Legislation Committee. Based on numerous local and national reports, there has already been a tentative settlement reached by the plaintiff and your office.”

As the attorney representing our members, you are duty bound both by the Milwaukee Code of Ordinances and the State Bar of Wisconsin Rules of Professional Conduct to competently and ethically represent your clients. While the extent of your disturbing and blatant violations of the Rules of Professional Conduct in this and other matters exceed the scope of this letter, it is obviously, and perhaps intentionally, apparent you have failed to satisfy your responsibilities to competently and ethically represent our members in this lawsuit.

The unions alleged these failures:

The unions focused on news reports saying that the city would admit “a constitutional violation.”

“While it is unclear what the admission entails because you have also intentionally failed to provide this document to our members, it obviously is referring to the Milwaukee Police Department and/or our members,” the unions wrote. “It is an alarming precedent as we are not familiar with the city ever settling this type of action while admitting such liability. More importantly, on behalf of our members, we are deeply concerned about how it affects their future employment and personal liability.”

“It is very clear that there is a conflict of interest for you or, at this point, any other lawyer in your office to represent our members while also representing the balance of the defendants. It is also a very clear dereliction of your duty to fail to keep our members informed of the settlement discussions. We have no confidence in your ability to legally and ethically represent our members on, at the very least, this case. Based on comments you have made about law enforcement, both publicly and privately, we also have concerns whether you, or your office, would provide zealous representation of our members in any matter.”

They stated: “This incident was exhaustedly investigated by The Milwaukee Police Department Internal Affairs Unit. They have concluded and handed out the discipline that they felt was fair to the members of the MPA and the MPSO. The final results of the investigation is not what you are admitting to. Accordingly, pursuant to both state law and the Wisconsin Supreme Court Rules, we demand that outside counsel of our choosing be provided to our members at the expense of the City of Milwaukee. While this matter is being resolved, we expect that any pending settlement offer is not voted upon by the Common Council.”