This tweet got attention: Rita Katz, a prominent figure in online terrorism network analysis who writes for the Daily Beast, posted a photo she falsely claimed showed the Mayfair shooter. However, the photo she shared on Twitter shows a police officer who was responding to the mass shooting.

He is not the shooter.

The post seemed incredibly odd, so Wisconsin Right Now asked a police source close to the situation, and he confirmed that the photo does not show the shooter. The photo, the source confirmed, shows a responding police officer. 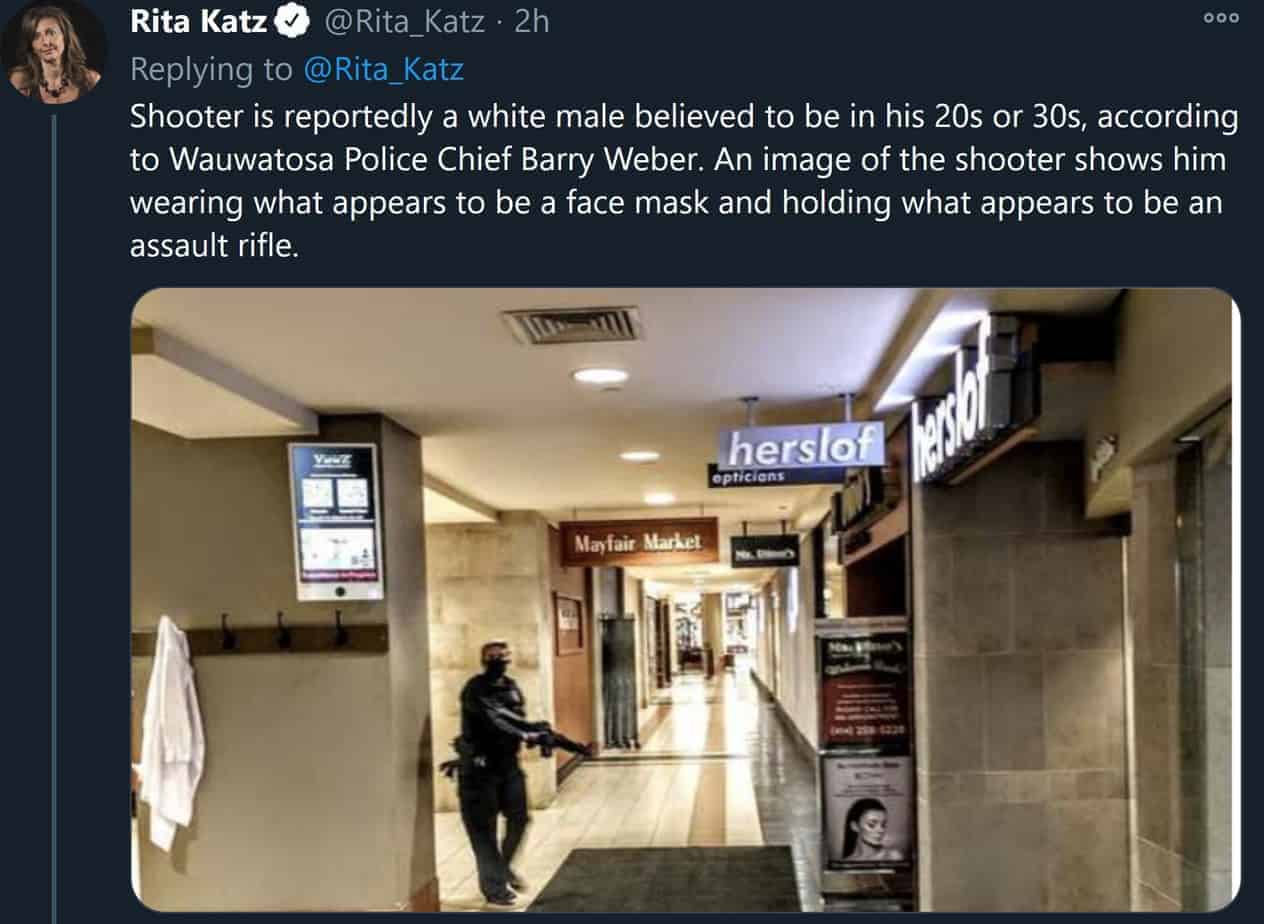 A local television reporter confirmed the same. A man named Joshua Gresl took the picture. “Gresl said he was inside the mall after the shooting as police were checking the area. That is law enforcement you see there,” wrote Caroline Reinwald. 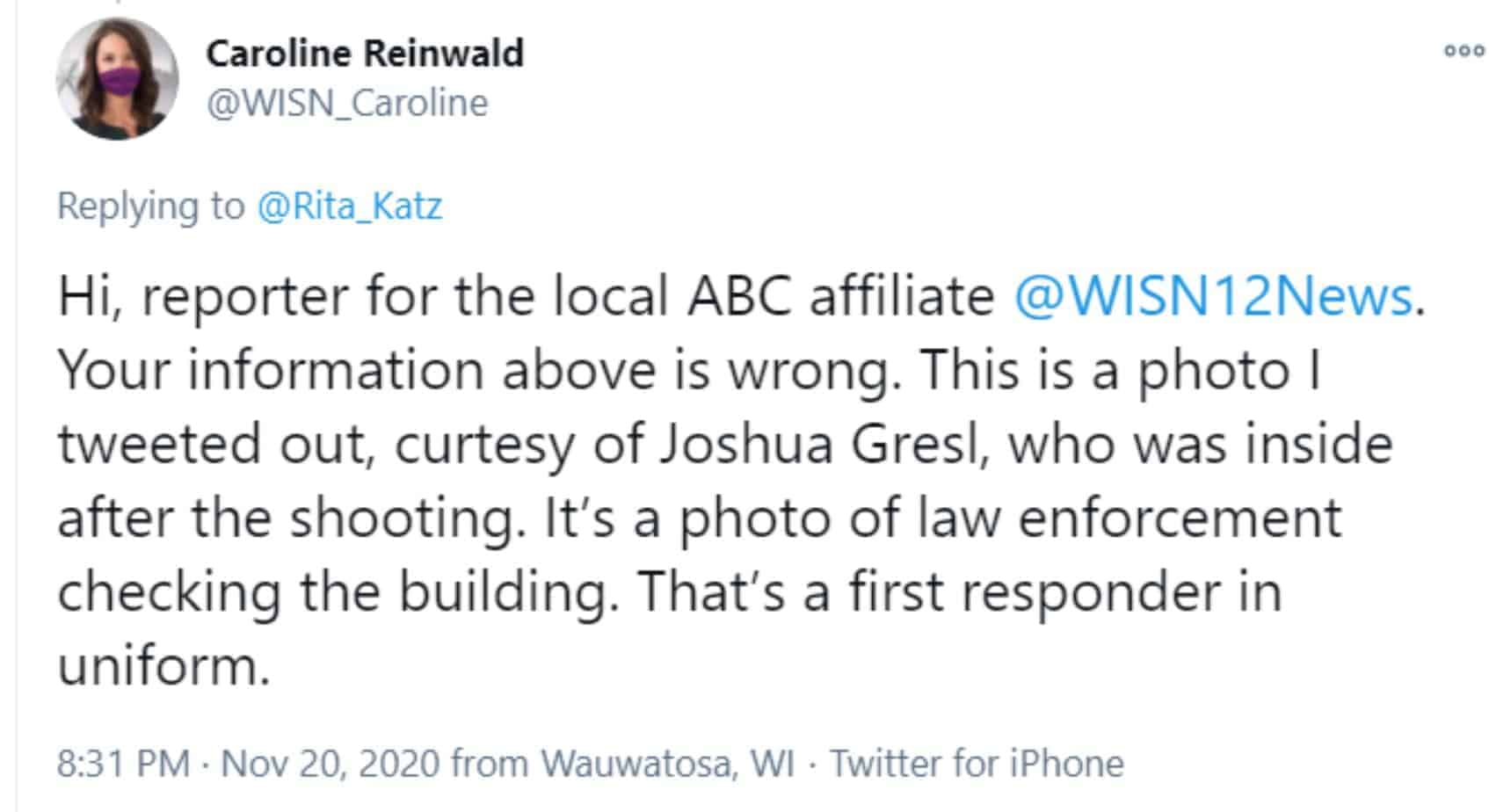 In fast-breaking active shooter situations, it’s not uncommon for false information to fly around Twitter. In addition, people shared the name Sam Hyde on Twitter as the shooter, but that’s a common and false meme that is shared almost every time there is a mass shooting. He is not the shooter, either.

Rita Katz is the Executive Director and founder of the SITE Intelligence Group.

Little is known about the Mayfair Mall suspect. The police chief says his name is not yet known, but he’s a white male in his 20s and 30s. Other reports on Twitter said he was wearing a hoodie, per scanner traffic, not a uniform.

The motive remains unclear, and no fatalities were reported, but eight people were shot and wounded outside the Macy’s store at the popular mall. The description came from witnesses.

The mass shooting broke out on a Friday afternoon outside the Macy’s anchor store at the popular mall, which straddles the western edge of Milwaukee County.

“Preliminary statements from witnesses indicate that the shooter is a white male in his 20s or 30s,” wrote Wauwatosa Police Chief Barry Weber in a news release. “Investigators are working on determining the identity of the suspect. Any information reporting the shooter’s identity at this time is false.”

Mayfair Mall has been the focal point of protests and unrest for months into the fatal shooting by a soon-to-be former Police Officer, Joseph Mensah, of an armed teenager named Alvin Cole. The Cole death was Mensah’s third fatal shooting on duty. Cole died in the parking lot of the mall. A MAGA rally to support President Trump was scheduled for November 21. There is no evidence so far that either situation is related to the Mayfair mass shooting because the gunman’s identity is not clear.

Just the other day, the city announced a severance agreement with Mensah that is worth about $130,000 to him.

Joseph Mensah Sworn in as a Waukesha County Deputy

Fort McCoy: Afghan Refugees May Be Sent to Wisconsin in Thousands