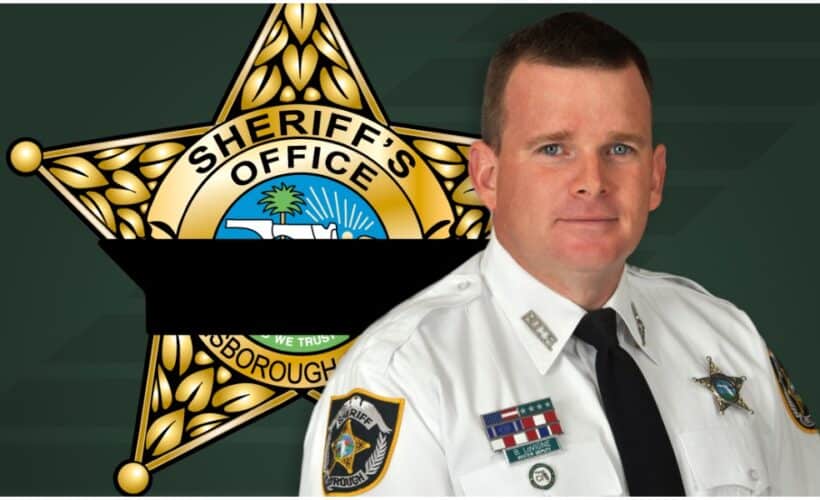 “Master Corporal Brian LaVigne was a part of the Hillsborough County Sheriff’s Office family since 1990, and he was just one shift away from retirement. We will never forget Master Corporal LaVigne for laying down his life in the line of duty or the response of his squad members who did everything they could to ensure that the individual responsible for his death was apprehended.” – Sheriff Chad Chronister

Deputies had responded to an apartment complex nearby after a man started throwing furniture and clothing off his balcony. A short time later the man disrobed and started throwing food at neighbors. The man attacked responding deputies, striking one of them in the head multiple times. Attempts to stop the attack with electric control weapon failed and he was able to break free. He was able to get into a car and drove through a closed gate.

Master Corporal Brian LaVigne was killed when his patrol car was intentionally rammed by another vehicle on West Lumsden Road, near South King’s Avenue, in Brandon.

The subject was arrested following the collision.

The man intentionally drove across multiple lanes of traffic and struck Corporal LaVigne’s patrol car on the driver’s door at a high rate of speed. Deputies were unable to free Corporal LaVigne and he had to be extricated by rescue units. He was transported to Tampa General Hospital where he succumbed to his injuries.

Corporal LaVigne had served with the Hillsborough County Sheriff’s Office and was killed the day before his last scheduled shift before retirement. He is survived by his wife and two children.