$15 Minimum Wage? Though the Senate parliamentarian rejected their efforts to include a $15-an-hour minimum wage in President Joe Biden’s so-called COVID-19 relief bill, Senate Democrats are scrambling for a way to include it. Their efforts demonstrate the importance of this issue for the progressive left. But should they succeed, would such a measure truly help struggling Americans as promised?

And what exactly is that promise? Echoing his socialist ally Sen. Bernie Sanders, Biden recently argued that “[n]o one should work 40 hours a week and live in poverty.” Sanders and Biden also speak of a “living wage.” But, if the goal is to reduce poverty and increased wages, having the government mandate a dramatic wage increase is not the way to get there. Job creation is the way to do it. 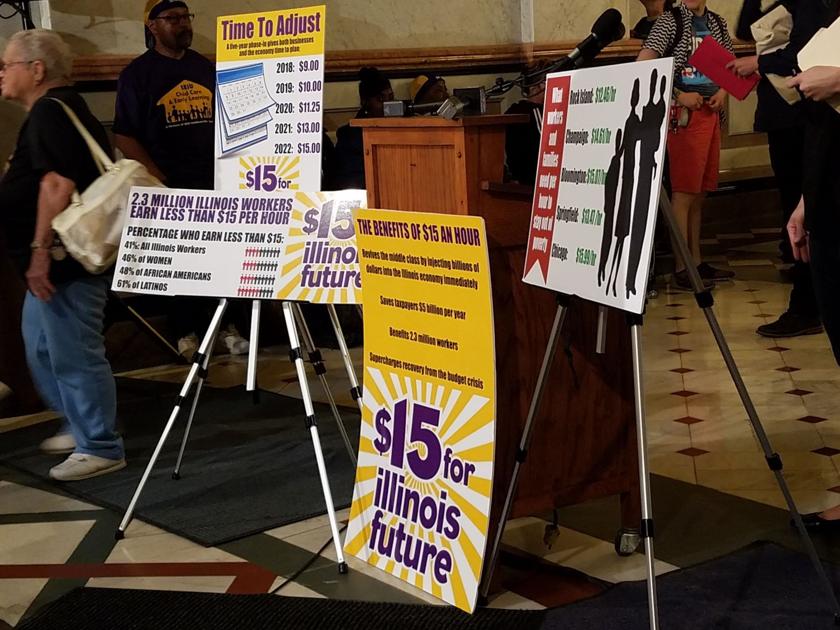 Minority poverty saw the largest declines. Black poverty fell by two percentage points, Hispanic poverty fell by 1.8, and Asian poverty fell by 2.8. For the first time ever, black unemployment dropped below 20%. Child poverty dropped to 14.4%, the lowest rate since 1973.

Let’s skip the politics and look at the data. The Census Bureau began reporting the poverty rate in 1959. Over those 60-plus years, the federal minimum wage has increased a number of times, but not in 2019. Yet, in 2019, the poverty rate plummeted 1.3 percentage points, the largest single-year decline in over 50 years, hitting a historic low of 10.5%.

The nonpartisan Congressional Budget Office recently issued a report on the Democrats’ “Raise the Wage Act.” It found that raising the minimum wage to $15 would lift only 900,000 people out of poverty, less than a quarter of those who escaped poverty in 2019.

Though it got little attention, “income inequality” also declined – and for the second year in a row – as the share of income held by the bottom 20% of earners increased by 2.4%. More than 4.1 million people emerged from poverty in 2019, the largest number since 1966. Would a $15 minimum wage lift that many people out of poverty? Not even close.

Buy us a beer!

As a result, the percentage of hourly workers earning at or below the minimum wage fell to 1.9%, the lowest percentage on record going back to 1979; the percentage working 40 hours a week or more fell to less than 1%. The average hourly wage for workers hit a pre-pandemic record high of nearly $24 an hour.

So what caused 2019’s historic drop in poverty? Employers were competing for employees because the labor market was red hot. In every month in 2019, the unemployment rate was below what the CBO projected it would be, and there were 1 million or more job openings than people unemployed. The total number of people employed hit historic highs. Competition for employees drove wages up 3% or more every month – with larger increases for low-wage than for high-wage workers.

Would a $15 minimum wage re-create the competition for employees that drove up wages and reduced poverty? No. It would kill jobs and reduce that competition.

To quote Frank Sinatra, “it was a very good year.” The Trump administration’s pro-growth economic policies – lower taxes, reduced regulation, and a focus on domestic energy production – creating jobs and job openings. Wages rose, while poverty and income inequality declined. Trump accomplished everything that Democrats claim their $15 minimum wage would accomplish – without a federal mandate.

The CBO report forecasts that the proposed $15 minimum wage would kill 1.4 million jobs in the year that the wage took effect (2025). Between now and then, it would discourage hiring and wage growth as businesses plan for the future, knowing that their labor costs would be going up. A phased-in approach works only if you assume that businesses invest based on their current, rather than their future, prospects. That would be a mistaken assumption.

The lesson of 2019 is fairly simple. If you want to assure that people don’t live in poverty, pursue pro-growth policies that encourage job growth and the competition for employees that drives wage growth – without cutting young and less-educated people out of the labor force. Wages increase and poverty decrease when workers, not jobs, are hard to find.

Unfortunately, according to the CBO, young, less-educated workers would suffer most from the hike. In January, economists David Neumark and Peter Shirley issued a study finding “a clear preponderance” in the literature that increasing the minimum wage negatively affects employment, particularly with respect to “teens and young adults as well as the less-educated.”