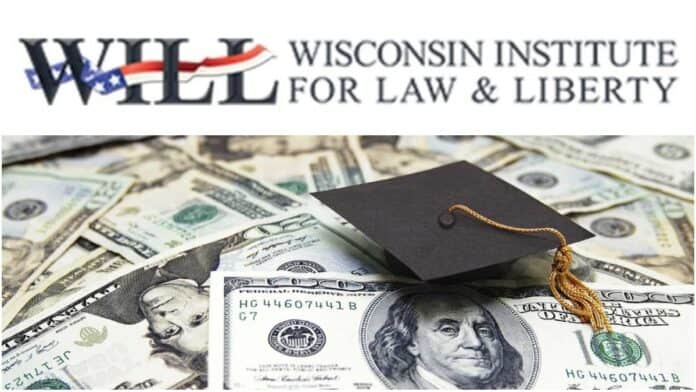 A state of Wisconsin agency discriminated against Wisconsin college students based on race and national origin when it denied people scholarships based solely on their racial background, limiting qualified applicants to some ethnic backgrounds and excluding others, including some Asians, whites, native Hawaiians and North Africans, a new lawsuit says.

For example, the state allows Black Americans to apply for the scholarship but excludes people of Chinese and Japanese descent, among others, the lawsuit contends.

One of the most bizarre elements of the state law is how it allows some Asians to qualify but not others. One couple who sued have a teenage child who is part Thai. But he doesn’t qualify for the scholarship due to state law, either.

In addition, says the suit, among others, “White students and those students whose ancestors are from the Middle East (Iran, Iraq, Syria, and Lebanon, for example) and North Africa (Tunisia, Morocco, Libya, and Egypt, for example) are also ineligible for the Minority Grant Program.”

“America is a land of opportunity,” said Kiki Rabiebna, a WILL client. “Government programs must be available to everybody, not just certain racial groups.”

The Wisconsin Institute for Law & Liberty (WILL) filed the lawsuit in Jefferson County Circuit Court against the Higher Educational Aids Board, the state agency that administers the Minority Undergraduate Retention Program.

“The minority undergraduates eligible for the taxpayer-funded program, according to state law, are: Black American, American Indian, Hispanic, and those specifically from Laos, Vietnam, and Cambodia who immigrated after 1975. These narrow racial and national origin criteria mean other students—Thai, Chinese, Japanese, Indian, North African, Native Hawaiian, Pacific Islander, resident aliens from Africa, or White, for example—are ineligible to receive a scholarship.”

WILL represents five Wisconsin taxpayers “who object to the state of Wisconsin administering this race-based scholarship program,” a press release announcing the lawsuit says.

WILL Deputy Counsel, Dan Lennington, said, “The state of Wisconsin is engaged in race discrimination, pure and simple. Many students are denied scholarships based on their race or where their family comes from. This program violates the state Constitution and basic notions of equality and fairness.”

“When government discriminates by race, it pits different groups against each
other,” said Rick Freihoefer, a WILL client. “That isn’t progress. That just fans the
flames of our divisions.”

According to WILL’s press release: “The eligibility categories in the Minority Undergraduate Retention Program amount to discrimination based on race, national origin, and alienage, a practice clearly forbidden by the Wisconsin Constitution. The state of Wisconsin can offer aid based on need, income-level, family background, or even location – but not race. WILL’s clients are seeking a declaration, from the court, that this program is unconstitutional and an injunction preventing its race-based qualifications.”

“The Minority Grant Program’s definition of “minority undergraduate” students leads to perverse consequences, including the fact that many minorities are ineligible for the program based on race, national origin, or alienage,” says the suit.

The Wisconsin Legislature established the Minority Grant Program in the 1985–87 Biennial Budget. The first award was made in the 1986–87 academic year. Taxpayer money is used.

“During the 2019–2020 academic year, taxpayer-funded grants were awarded exclusively to students meeting the race, national origin, and alienage qualifications under Wis. Stat. § 39.44(1)(a).”