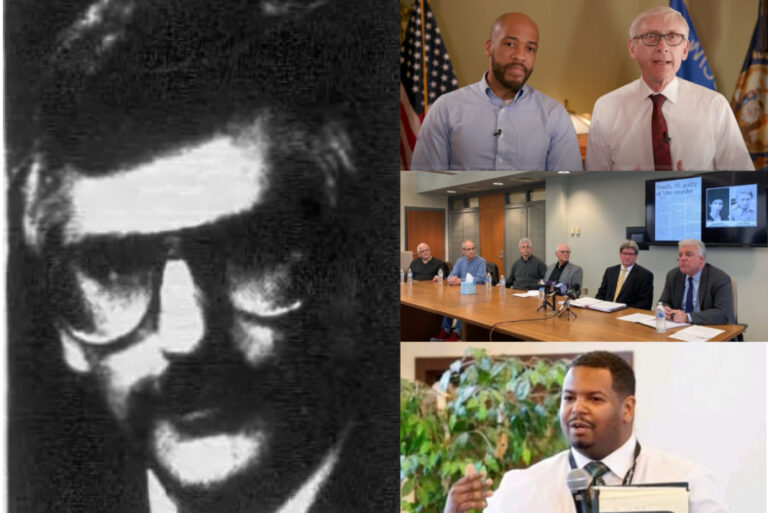 The brother of Kenosha County murder victim Joseph Vite, a beloved foster dad ambushed and executed by his foster son and an accomplice, says he wrote two letters to Gov. Tony Evers, imploring Evers to intervene and stop the killers from being freed on parole.

Ed Vite, of Kenosha, says Evers ignored his letters completely. Not long after the first letter, in 2020, one of the killers, Eric Nelson, was freed by Evers’ appointee to the Parole Commission, John Tate, even though the Democratic DA, sheriff, and county executive threw their support behind keeping Nelson locked up. A petition garnered more than 3,000 signatures to prevent Nelson’s release. 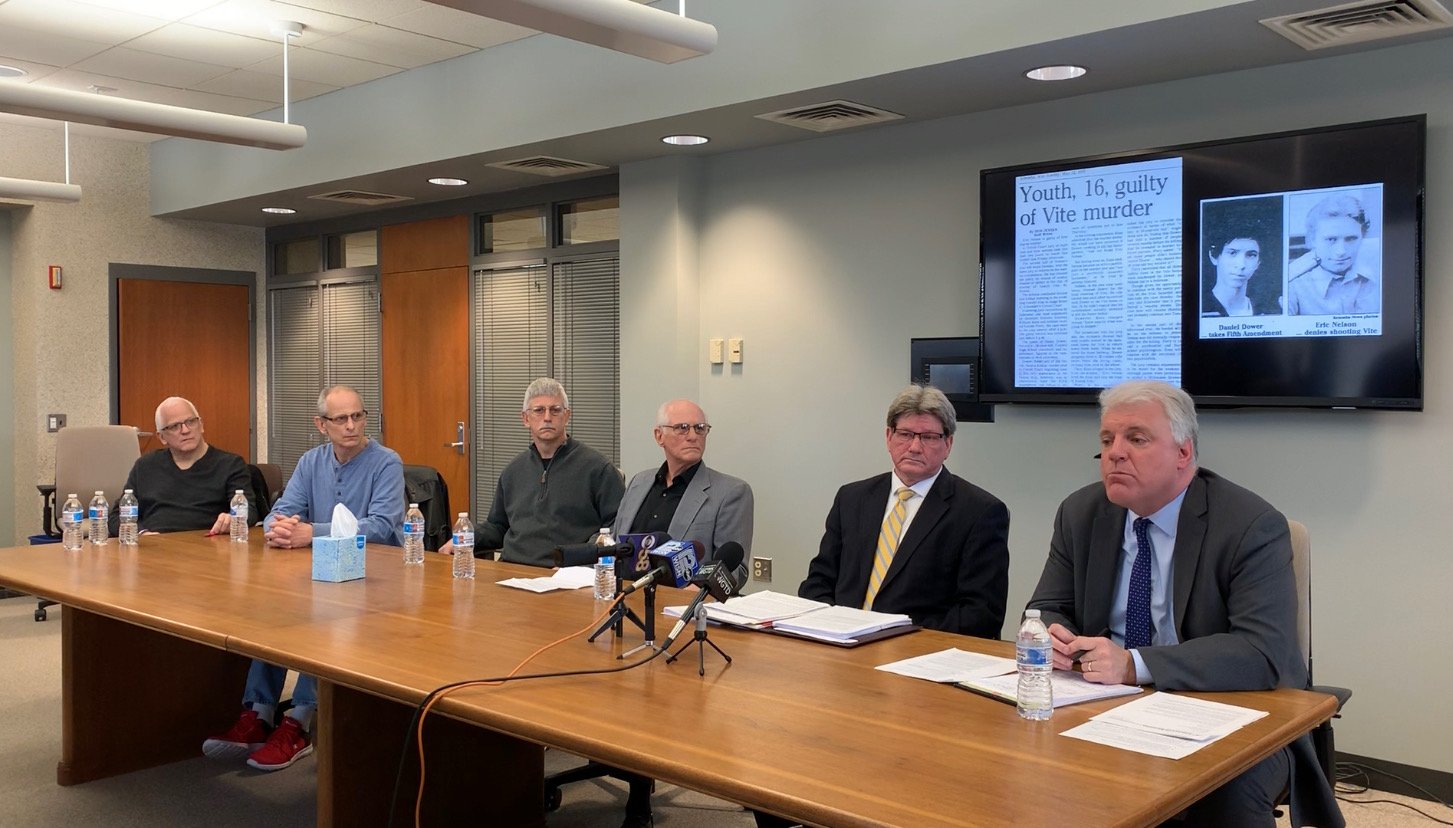 The following year, Evers reappointed Tate, saying he was “pleased to do so.”

“It was such a premeditated murder,” Charles Vite, Joseph’s other brother, says. “Calculated. It was just a terrible murder with absolutely no reason to do so other than the gain for a car, money. It was senseless.”

Ed says he asked for proof of service for the letters to make sure Evers got them.

“I basically said in the (first) letter – I indicated there was a resolution, by the County Board, opposing his (Nelson’s) release, and the fact this was not a crime of passion, it was a well pre-planned crime,” Ed told Wisconsin Right Now. “They waited for him (Joseph) in his home and ambushed and executed him… this was totally planned. I asked that he keep them behind bars and not depreciate the seriousness of the crime.”

The other killer, Daniel Dower, the foster son of the victim, has a parole hearing coming up next year. Ed Vite wrote his second letter to Evers trying to prevent Dower’s release, but Evers ignored that too.

The crime was horrific. A beloved businessman and foster father to many children, Joseph Vite was ambushed in his home in 1985 by Dower and Nelson, who were 16-year-old high school classmates. Dower shot him first, but Nelson finished him off with a shot to the head, according to the prosecutor’s statements in court. Prosecutors alleged the motive was just robbery; Vite’s wife argued that Dower’s obsession with Dungeons and Dragons played a role.

The media have bent over backward to exonerate Evers, who pledged to reduce the prison population by 50%, of any responsibility for the Parole Commission chairman he appointed twice and whose nomination he could have withdrawn at any time. Ed and Charles Vite hold a different view.

“He (Evers) should have a handle on what’s going on. I wrote a letter to the governor, which he never responded to. He knew it was going on. How could he not know what was going on? He did nothing. Not only did he not do anything, he didn’t answer my letter.”

The parole releases during Evers’ tenure “disqualify him from another term,” Ed Vite said. “They want to empty out a good part of the prison system. Most people are there for a reason. They don’t need to be released.”

As for his second letter, Ed says: “I actually sent him (Evers) a letter about (Daniel) Dower (the other killer), and he never answered.”

“Parole is entirely a data-driven process,” John Tate told the Racine Journal Times. We use specific metrics and factors to determine if someone is a reasonable risk to return to their community.”

In the interview, Tate clinically defended the paroles of murderers, whose victims’ families are still suffering deeply from the crimes and releases and who, in multiple cases, say they weren’t even notified.

Democratic DA Michael Graveley agreed that Nelson should not be released. In 2019, according to the Kenosha News, Graveley said: “This is an individual we need to be protected from now as we did in 1985. I don’t think there’s any credible way to say a heinous act such as this is one that we can say, even with the passage of time, would not pose an unreasonable risk to the public. I am opposed to the release of Eric Nelson.”

A 2019 article in the Kenosha News quoted then Democratic County Executive Jim Kreuser as saying, “Eric Nelson is a dangerous individual who doesn’t belong out of prison.”

Ed says the parole of Nelson anyway the following year was “like a kick in the teeth. I mean you know that individual purposely took the life of someone you loved, the life of a young person, and now that individual is out enjoying life, like nothing ever happened to him, and yet we are here, and we know what happened and, we lived with what happened. It doesn’t hardly seem fair.”

“People are just killing people every day and people are wondering why. What to do about it? What’s the deterrent?” he asked.

Around the time of the second letter, Evers did publicly condemn the parole of another killer, Douglas Balsewicz, whose release Tate had authorized. He only did so after days of ignoring the victim’s family, who literally showed up at the governor’s office in Madison with the media in tow (including us). A few days after Wisconsin Right Now asked the Parole Commission for records on cop killers released by Tate, Evers asked him to resign, and he did.

Greater pressure did not make Evers similarly intervene and exercise his moral authority in the Nelson case, but it wasn’t an election year. Instead, he reappointed Tate, and left him in office to release a slew of other brutal killers and rapists into Wisconsin communities.

“We had the support of the county executive, the district attorney’s office, the Kenosha County sheriff,” says Ed. “There was a resolution, by the Kenosha co board, to keep him behind bars, and some of the Assembly men, the town chairman, a whole host of people in government and law enforcement  expressed a desire to keep him behind bars.” The family even created a website.

“My reaction would be he (Tate) basically disregarded the wishes of a huge number of people, and we attend the parole hearing, two of them in person,” said Ed Vite. “I don’t think anybody’s voices were even heard. John Tate was an arm of Tony Evers.”

Other victims’ families say they were not notified of killers’ releases at all. The same is true of police chiefs.

Ed says of Tate, “He was very non sympathetic, stoic. He just was not people oriented toward us. They (Tate and another commissioner) said remorse had nothing to do with parole.”

The other day, Tate, who stepped down last spring after controversy over the looming release of a convicted wife killer, referred to the paroles of brutal killers and others as “entirely a data-driven process.”

Ed says of Evers: “I was in business for 34 years. I hired people to do the things I wanted them to do, and I think that’s what the governor did” by twice appointing Tate.

Ed Vite said he initially received a phone call one day from the state Department of Corrections during Evers’ tenure “indicating they were considering moving Eric Nelson to a facility where he would get work release and stuff like that.”

He told them he would get back to them the next day because he wanted to talk to his brothers. “The next day I had a call from the Department of Corrections’ victim services office, and they said he had already been moved. So then I got a hold of (then Kenosha County Executive) Jim Kreuzer, and this whole thing got started.”

Noted Ed: “Essentially they moved him behind our back. That’s what they did.”

Ed Vite says the commissioner at the parole hearing, Danielle LaCost, indicated that brains aren’t developed until ages 21-23, and said she wouldn’t mind living next to Nelson, who was 16 when he, in the words of the judge, assassinated his victim. Commissioners make parole recommendations to the chairman, at that time Tate, who has sole authority over them.

Charles Vite, Joseph’s other brother, noted that people who are murdered “don’t get second chances.”

Ed doesn’t think the fact Nelson and Dower were 16 when the crime happened matters. “I’d say personally when you pre-plan, ambush and execute somebody for no reason at all, you should spend the rest of your life in prison,” he said.