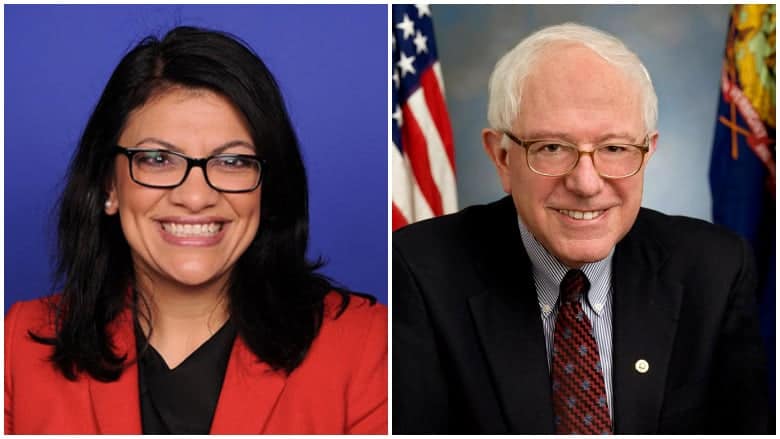 The convention kicks off Aug. 17 in Milwaukee. It starts Monday with a keynote speech by former First Lady Michelle Obama and Sanders and culminates on Thursday, when Biden is speaking and expected to accept the Democratic nomination for president.

Tlaib’s vote, however, shows that some of the inter-party rifts over the treatment of Sanders by party insiders in 2016 has not completely healed. It also highlights the battle in the party between moderates and far-left, younger voices, which include Rep. Alexandria Ocasio-Cortez, a convention speaker. According to Axios, Tlaib’s action is part of a broader push by liberal party activists to get Biden to enact what they consider a bolder agenda. Tlaib indicated that Biden didn’t get her vote because of healthcare. Sanders dropped out of the presidential contest in April 2020.

“Today, I cast my DNC ballot and voted NO on the proposed platform. I constantly hear from constituents demanding we push for a single-payer system and away from this for-profit system that is leaving people to suffer and die just because they cannot afford health care,” Tlaib wrote on Twitter.

“As a party, we must push for a future where every resident has the ability to thrive. That means we need a platform that works to rid our society of oppression and greed. Unfortunately, in my view this platform does not do enough.”

She shared a picture of her ballot with Bernie checked off.

According to The Hill, the Democratic platform “currently includes a public option for health care instead of the single-payer ‘Medicare for All’ proposal.”

Today, I cast my DNC ballot and voted NO on the proposed platform. I constantly hear from constituents demanding we push for a single-payer system and away from this for-profit system that is leaving people to suffer and die just because they cannot afford health care. 1/2 pic.twitter.com/cYghYNu6TI

Tlaib’s comment thread filled with mixed reaction, with some Democrats accusing her of trying to help President Donald Trump get reelected. “We need more of Rep. Tlaib and less mainstream dems, plz and thanks,” wrote one supporter.

“You voted for Bernie, even after he throws his support to Biden. So my only question is this. Why are you working so hard to get trump* re-elected by throwing your vote into the wind?” a critic lamented.

“Voting for Bernie Sanders, when he has absolutely no chance of becoming the nominee, is irrational,” a man commented. “The only way to achieve progressive reform in America is to defeat Trump and regain control of the Supreme Court. Pointless 3rd party votes hurt that cause. We need unity to win.”

You can see the full list of convention speakers here.

The schedule for Aug. 17 is as follows:

Due to coronavirus the convention will be largely virtual, with Biden and Harris speaking from Delaware, not Wisconsin.