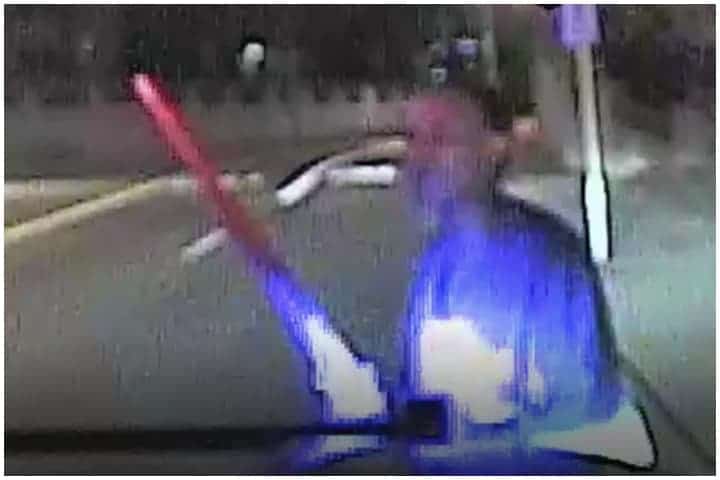 Wauwatosa police say the 35-year-old woman shot by a police officer on December 10 had violently and randomly attacked a female with a stick, struck the officer’s squad car with a wooden post and then advanced toward the officer with the weapon.

The woman, who has not been identified, is in stable condition.

“A 35 year old female is recovering in the hospital after being shot by police. We understand that any use of force can be concerning to our citizens. Police officers train to control individuals with the least amount of force necessary. Any time there is an officer involved shooting, we understand the community has many concerns. No police officer wants this to happen,” police wrote in a news release.

The shooting had sparked protests and criticism from Black Lives Matter and People’s Revolution members even before any details were known.

On Thursday, 12/10/2020, around 9:15 p.m., officers “responded to a report of an assault in the 7900 block of Harwood Ave. The initial caller reported witnessing a female subject violently attacking a female victim with a stick. Preliminary investigations found the subject was unknown to the victim and it appeared this was a random and unprovoked attack. After the attack, the subject left the area and was last seen walking eastbound on Harwood Ave.”

Even After Being Wounded, the Woman Shot in Wauwatosa ‘Continued Her Aggressive & Assaultive Behavior,’ Police Say

Police say the woman, who hasn’t been named, didn’t stop striking the squad even after being shot.

“Despite being shot, the subject continued her aggressive and assaultive behavior, striking the police vehicle with the wooden post numerous times,” police wrote in the release. “Several responding officers were required to take the subject into custody.”

The release added: “Officers immediately began rendering aid until Wauwatosa Fire Department personnel took over. The subject was transported to the hospital where she underwent surgery and is reported to be in stable condition.”

The Milwaukee Area Investigative Team (MAIT) “is investigating the incident, in accordance with Wisconsin State Statute, led by the West Allis Police Department. As in past incidents, we are fully cooperating with the investigation and value the thoroughness of the investigative team,” police say.

“The officer involved in the shooting has been placed on paid administrative leave per department policy. The Wauwatosa Police Department is looking for additional witnesses, to include both eye witness accounts and video evidence, from the incident in the area from Watertown Plank Rd/N 94 St to Harmonee Ave/Wauwatosa Ave, between the hours of 5:00pm-9:20pm. Additional information regarding the shooting will be released by the West Allis Police Department and/or the Milwaukee County District Attorney’s Office.”

Police had previously said the officer was called to the scene after a report of the “female subject violently attacking another female.”

“At approximately 9:15 p.m., officers responded to a report of suspicious circumstances in the 7900 Harwood Ave,” police spokeswoman Abby Pavlik told Wisconsin Right Now. “The initial caller reported witnessing a female subject violently attacking another female. An officer located the subject in the area of Underwood Ave/Harmonee Ave where an altercation occurred and shots were fired by the responding officer. The subject was transported to the hospital for medical attention. Multiple law enforcement agencies have responded to the scene and the department has requested the Milwaukee Area Investigative Team to respond and investigate the incident.”

She added, “We are aware of rumors that the involved subject was part of a protest group, at this time, we believe that to be inaccurate.”