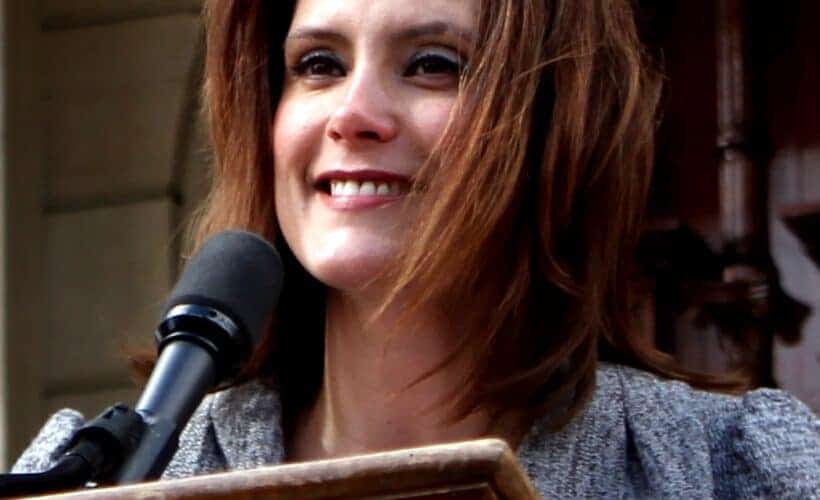 (The Center Square) – Months before Tuesday night’s debacle of a debate between President Donald Trump and former Vice President Joe Biden, finger pointing had raged in the wake of policy failures that exacerbated state-reported death counts associated with COVID-19.

Set aside for a moment that the Centers for Disease Control and Prevention has radically dropped its estimate of COVID-alone deaths to about 6% of the more than 200,000 Americans who have died during the pandemic. Instead, focus on the decisions that may or may not have exacerbated the overall attributable death count numbers that are shared widely across media.

Governors in California, New Jersey, New York, Pennsylvania and Washington have been singled out as having made conscious decisions to return elderly and infirmed residents back to state-operated congregate care settings. These decisions made early on during the outbreak, in hindsight, are now clear policy disasters.

Michigan and its governor, Democrat Gretchen Whitmer, haven’t been exposed to the same level of criticism for decisions to return COVID-19-stricken nursing home residents back to their congregate care settings for recovery after seeking treatment outside of those settings. However, it appears that Whitmer’s policy was no different than those of her fellow Blue State leaders.

Data show COVID-19 has killed 2,154 nursing home residents in Michigan, many who were elderly and had preexisting conditions that compromised their immune systems – about 33% of the state’s total deaths attributed to the SARS-CoV-2 virus.

The Center Square clarified newly available data to distinguish that those deaths resulted from the designation of long-term care facilities as Care and Recovery Centers (CRCs) by an executive order issued by Whitmer, which resulted in infected patients returning to nursing homes occupied by the elderly and infirm.

Clearly, our ability as a nation to aggregate correct data amid COVID-19 has led to confusion among lawmakers and citizens alike. This data, though it remains the product of individuals interpreting local, state and national standards for reporting accuracy and categorization, is improving.

Nonetheless, best available estimates as aggregated by the CDC suggest that about 40% of all COVID-exclusive and COVID-related or -complicated deaths have occurred within nursing homes. That statistic could rise or fall as we push ahead.

Elsewhere in Michigan, The Center Square reported on the failure of two mid-Michigan dams last May that resulted in an estimated $200 million in property damage, and prompted the evacuation of 11,000 people. The dams were privately owned and nearly a century old. Michigan’s Department of Environment, Great Lakes, and Energy (EGLE; formerly known as the Department of Environmental Quality, or DEQ) had been engaged in a confrontational relationship with the owner of the dams, Boyce Hydro, which exacerbated the maintenance neglect on the dams.

Rather than working with Boyce Hydro by assisting it with grants and low-cost loans in order to protect public safety and the environment, EGLE and the state Attorney General instead opted to litigate against the private company even after an EGLE inspection two years ago rated one of the dams in “fair condition.”

As many public schools across the country decided to go with remote learning during the COVID-19 pandemic, families with working parents struggle to balance their jobs with helping their children navigate through the distant learning process. This has led to a significant increase in support for school choice options, and The Center Square highlighted this in a report on a new poll gauging parents’ opinions.

Gov. J.B. Pritzker said Illinois House Speaker Michael Madigan should answer questions about a bribery scheme in a case where federal prosecutors have already secured one guilty plea. The governor’s comments came after the chairman of the committee investigating Madigan’s involvement defended using Madigan’s influence to get jobs for people he knows. State Rep. Chris Welch, D-Hillside, defended asking Madigan in the past to help him get jobs for people he knows as a way to fight for diversity. He said advocating for qualified candidates was the correct thing to do – even if one of those people was his mother.

Elsewhere in Illinois, the Center Square reported that education advocates said it’s imperative to get students back in classrooms because virtual learning is negating months of education and could cost students nearly a year’s earnings in adulthood, according to one analysis. Advance Illinois president Robin Steans pointed to a June study by McKinsey and Co. that estimated the economic losses if students don’t return to in-person learning by January 2021. McKinsey said that, even with remote learning, the average student “could lose $61,000 to $82,000 in lifetime earnings (in constant 2020 dollars), or the equivalent of a year of full-time work, solely as a result of COVID-19-related learning losses.”

The states of Texas and Florida, with a combined population of about 50 million people, have about 128,000 public sector employees who make more than $100,000 annually. New York City, by comparison, counts about 8.4 million people in the five boroughs but nearly matches those states with 114,000 city employees making six figures or more. As New York Mayor Bill de Blasio and Gov. Andrew Cuomo continue to demand federal assistance to bail out their ailing budgets, a report from OpenTheBooks.com shows that the trend of workers in the city making $100,000 a year has skyrocketed in recent years. The number of city employees crossing that threshold increased about 50 percent in the past three years. Overtime pay has been a significant driver in the rise, with city employees putting in 32 million extra hours at a cost of $1.9 billion.

The U.S. Bureau of Economic Analysis released what looked like good news for the economy of New Jersey this week when its reporting showed a 63 percent jump in wage growth for the state in the second quarter of 2020. But Dr. Charles Steindel, former chief economist for the state, told The Center Square that those numbers don’t reflect a sudden strengthening – rather, they merely reflect the impact of federal stimulus checks. “There’s no question most of this was stimulus,” Steindel said. “Wage income just collapsed in New Jersey.” The state’s economy could be in for more speed bumps as a new budget goes into effect with $4.5 billion in borrowing and a new “millionaire’s tax” that will increase the state’s progressive tax income bracket on people earning between $1 million and $5 million to 10.75% from 8.97%. Only Hawaii (11%) and California (13.3%) have higher upper-tier state rates for select income earners. “In the third quarter, we are going to see a terrible number,” Steindel said.

The Center Square reported that the Ohio Legislature failed by an Oct. 1 deadline to act on a bill that would repeal House Bill 6, legislation that led to the indictment of former House Speaker and four others in a $60-million bribery and racketeering scandal. Missing the deadline makes it more difficult to stop an increase to electricity bills across the state.

The current state of healthcare may become permanent in Ohio, and that’s a positive thing according to research and a report from The Buckeye Institute. A bill in the Ohio Senate increases accessibility and expands “telehealth” services in the state.

The Center Square reported on the issue of creating a commission that oversees election integrity to ensure fair elections, which sparked tensions in the Pennsylvania legislature. Republicans are pushing for greater post-election transparency authority ahead of the Nov. 3 election through the creation of the new committee, which would have subpoena power and consist of a five-member panel composed of three Republicans and two Democrats. Democratic Gov. Tom Wolf called the legislation a “partisan attack on the integrity of Pennsylvania elections.”

Businesses in Virginia already hit hard by the restrictions placed on them by Gov. Ralph Northam in the state’s attempt to combat the COVID-19 pandemic now have to worry about regulations that were meant to be temporary becoming permanent. The Center Square reported on the Virginia business community’s concerns with making regulations such as face mask, social distancing, training and record-keeping requirements permanent in the face of economic uncertainty. Business leaders called for flexibility and cautioned that making COVID-19-era regulations permanent would put businesses out of business.

In Arizona, election returns aren’t just late because of their western timezone. The state has taken hours, sometimes weeks, to finalize county election totals due to large provisional ballot numbers and a poor track record of technological glitches. Should the state be a major decider in the presidential election, it could mean the entire nation waits on Maricopa County Recorder Adrian Fontes to announce the final vote tally. This prompted Gov. Doug Ducey to tell reporters “I want to manage expectations that we will likely not be declaring a winner, possibly at the state level and certainly nationally, on the evening of November 3rd and whoever wins that electoral college will be declared President of the United States.”

The Center Square reported that California public health officials are predicting an 89% increase in COVID-19-related hospitalizations in October despite the state’s positivity rate sitting at only 3%. However, the forecasted increase in hospitalizations would fall far short of peak-pandemic hospitalization totals. Based on current numbers, California Health and Human Services Secretary Dr. Mark Ghaly said the state projects 4,864 coronavirus hospitalizations by Oct. 25, a nearly 90 percent increase from the current 2,578. That would still be well below peak hospitalizations, which occurred for California in July, when its total reached 7,100.

Colorado voters are deciding on a whopping 11 ballot measures this election season, with several being taxpayer-related measures. One of those measures, Proposition 116, proposes a modest cut to the statewide income tax rate. The measure is hailed as taxpayer relief by fiscally conservative policy groups in the state, and despised by left-leaning organizations since the measure would reduce revenue for the state government.

Seattle Mayor Jenny Durkan did not exercise a veto of the Seattle City Council as part of a rebalanced city budget. As a consequence of the council’s decision, The Center Square reported that the defunding of the Seattle Police Department would include a reduction in force of 70 officers, and a dismantling the city’s homeless sweeps unit, which is anticipated to set off contentious contract bargaining with the Seattle Police Guild and the Seattle Police Management Association.