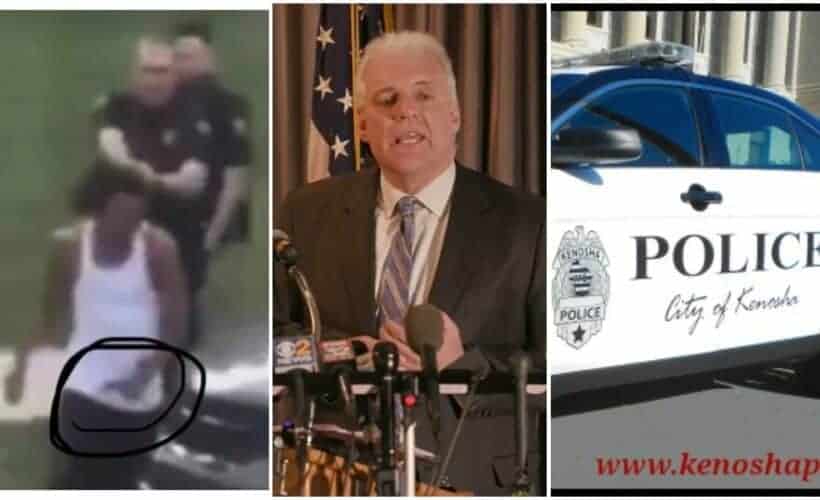 Kenosha County District Attorney Michael Graveley has cleared all the Kenosha police officers involved in the shooting of Jacob Blake.

Graveley announced the decision to not charge Officer Rusten Sheskey on January 5 as the National Guard was dispatched to Kenosha in an attempt to prevent the arson fires and violence that erupted in August after a video of the Blake shooting went viral.

The Wisconsin Department of Justice and retire Police Chief Noble Wray also reviewed the shooting. Sheskey said that Blake twisted toward him with a knife. He and another officer made a failed attempt to tase Blake, who was wanted on a warrant. Blake’s children were in the car. Blake admitted having a knife, the DOJ says. The officer repeatedly ordered Blake to drop the knife, but he did not comply. Blake continued to fight with the officers and at one point put an officer in a headlock. Blake had a felony arrest warrant for a domestic violence incident that included a charge of third-degree sexual assault (the latter charge was later reduced in a plea deal).

Here are the details released previously by the DOJ on the shooting.

Kenosha Police Department officers were dispatched to a residence in the 2800 block of 40th Street after a female caller reported that her boyfriend was present and was not supposed to be on the premises.

Mr. Blake walked around his vehicle, opened the driver’s side door, and leaned forward. While holding onto Mr. Blake’s shirt, Officer Rusten Sheskey fired his service weapon 7 times. Officer Sheskey fired the weapon towards Mr. Blake’s back. No other officer fired their weapon. Kenosha Police Department does not have body cameras, therefore the officers were not wearing body cameras.

During the investigation following the initial incident, Mr. Blake admitted that he had a knife in his possession. DCI agents recovered a knife from the driver’s side floorboard of Mr. Blake’s vehicle. A search of the vehicle located no additional weapons.

DCI, along with the FBI, have thus far completed the following as part of the ongoing investigation: