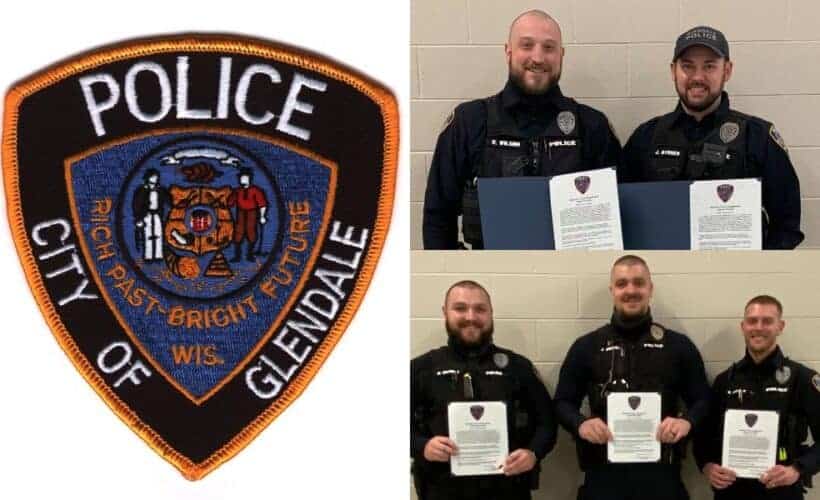 Five Glendale police officers have been awarded for their heroic actions in saving the lives of elderly residents at an assisted living facility last week.

According to a Glendale Police, on January 5th, 2021 at approximately 4:45pm, officers were dispatched to a fire at a three-story assisted living facility. Officers encountered heavy smoke and visibility of less than 2-feet on the second floor of the building. Officers confirmed which apartment was the source of the smoke and could hear the 68-year-old resident yelling for help, but he was unable to exit the apartment due to the excessive smoke inside. Officers discharged a fire extinguisher in an attempt to combat the unknown origin of the fire in the apartment. Officer Wilson and Officer Byrnes created a human chain to enter the room with Officer Byrnes holding the door frame and Officer Wilson’s belt. Officer Wilson located the man inside of the first corner and was able to pull him out of the apartment.

Meanwhile, Officers Poetzl, Rosquist and Ruppel began to alert the other residents of the situation while assisting in the evacuation process for those residents that were inside of the building. The actions of the officers saved lives and mitigated the damage caused by the fire which was ultimately put out by the NSFD. The actions of the officers involved reflect highly upon them and exemplify to a high degree the traditions of the law enforcement profession.