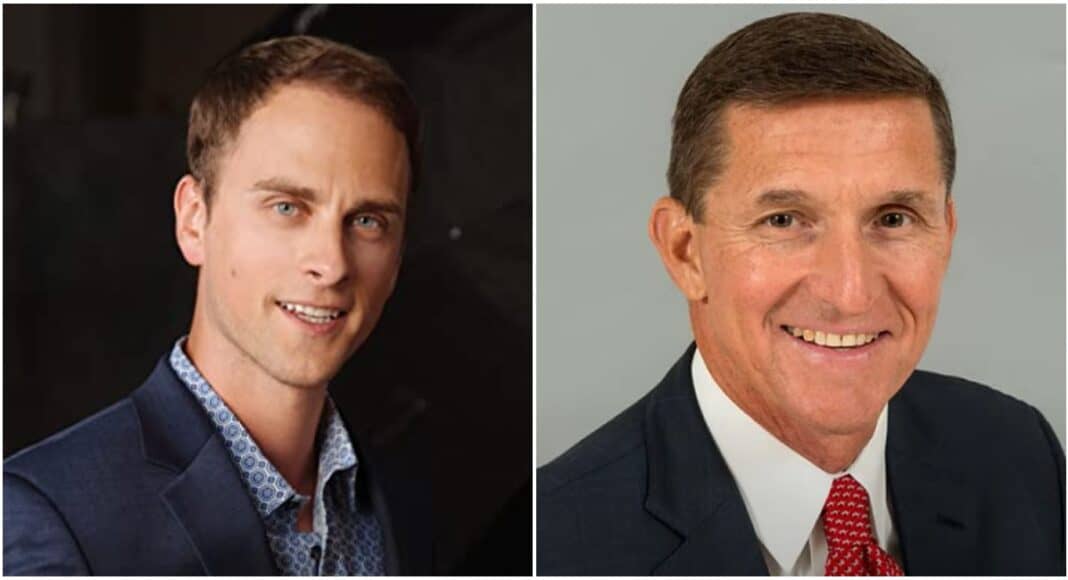 “I’m here to fully endorse Jonathan Wichmann to be the next Governor of the great state of Wisconsin,” Flynn stated in a news release put out by Wichmann.

Wichmann is one of two declared Republican candidates in the Wisconsin governor’s race to replace Democratic Gov. Tony Evers; the other is Rebecca Kleefisch. A series of other candidates are rumored to be considering a run, including Kevin Nicholson, Bill McCoshen, Eric Hovde and state Rep. John Macco. Wichmann was the first declared candidate in the race.

“Retired US Army Lt. General Flynn has an extensive, accomplished military background with over 30 years in uniform and having previously served as the Director of the Defense Intelligence Agency and as a national security advisor under former President Donald Trump,” Wichmann’s release said. Trump pardoned Flynn after he was caught up in the Russia investigation targeting Trump.

“Wichmann is a Wisconsin native and local businessman running to oust Governor Tony Evers in the 2022 election. His campaign focuses on freedom and prosperity for Wisconsin.”

“The people of Wisconsin are terrific people, you are the lifeblood and fabric of our country. You represent everything our country stands for: life liberty and the pursuit of happiness. I’m endorsing Jonathan because he demonstrates extraordinary leadership. He is exactly the type of person we need. He is all about health freedom, he is all about protecting our rights, especially our 2nd Amendment,” said Flynn of Wichmann.

Of the endorsement, Wichmann said, “I am both humbled and honored to have General Flynn’s endorsement. I am grateful to have received it and thank General Flynn for his vote of confidence in my leadership capabilities.”

Craig & Stephanie Pearson: How to Help Their 4 Kids in...

State Law: Why the Jury MUST Acquit Kyle Rittenhouse of Firearm...