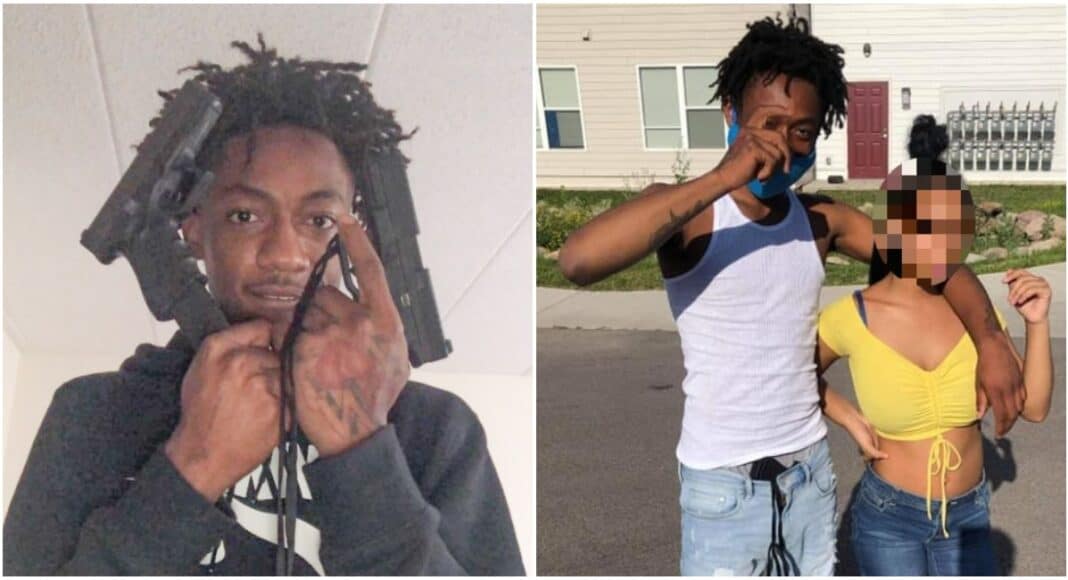 Katoine Richardson: Madison Suspect Flashed Guns on Facebook While Out on Bail

Katoine Richardson – the Fitchburg man accused in the incident that led to the shooting of a Madison police officer – openly flashed guns on Facebook in 2020 while out on bail for a pending criminal case, Wisconsin Right Now has exclusively learned.

On Facebook, Richardson highlighted the words “bang bang” on his profile and called himself “BIGG BANGO.” People referred to him as “bang” on Facebook.

We confirmed Richardson’s social media accounts with sources in the know. He also has a Snapchat account, but we haven’t been able to access those posts. The current referred charges reveal that he was adjudicated of a juvenile offense that was the equivalent to a felony, so it is a felony for him to possess a firearm. But that didn’t stop him from openly flashing guns on Facebook.

He wrote on Facebook, “Works at Dont worry bout how I make my money, just know that im makin it. Johnson College Prep ’15.” Richardson wrote that he is from Chicago and went to Madison West High School. 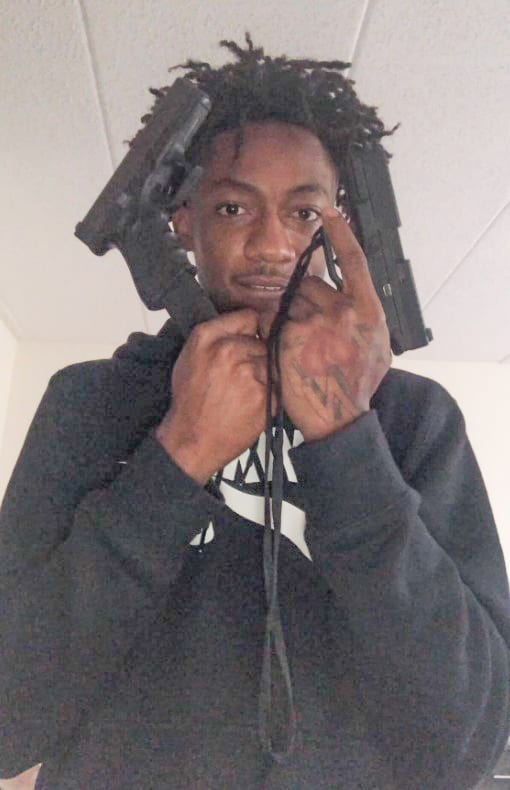 This photo was posted on January 18, 2021 at which time Richardson was out on bond for multiple cases. 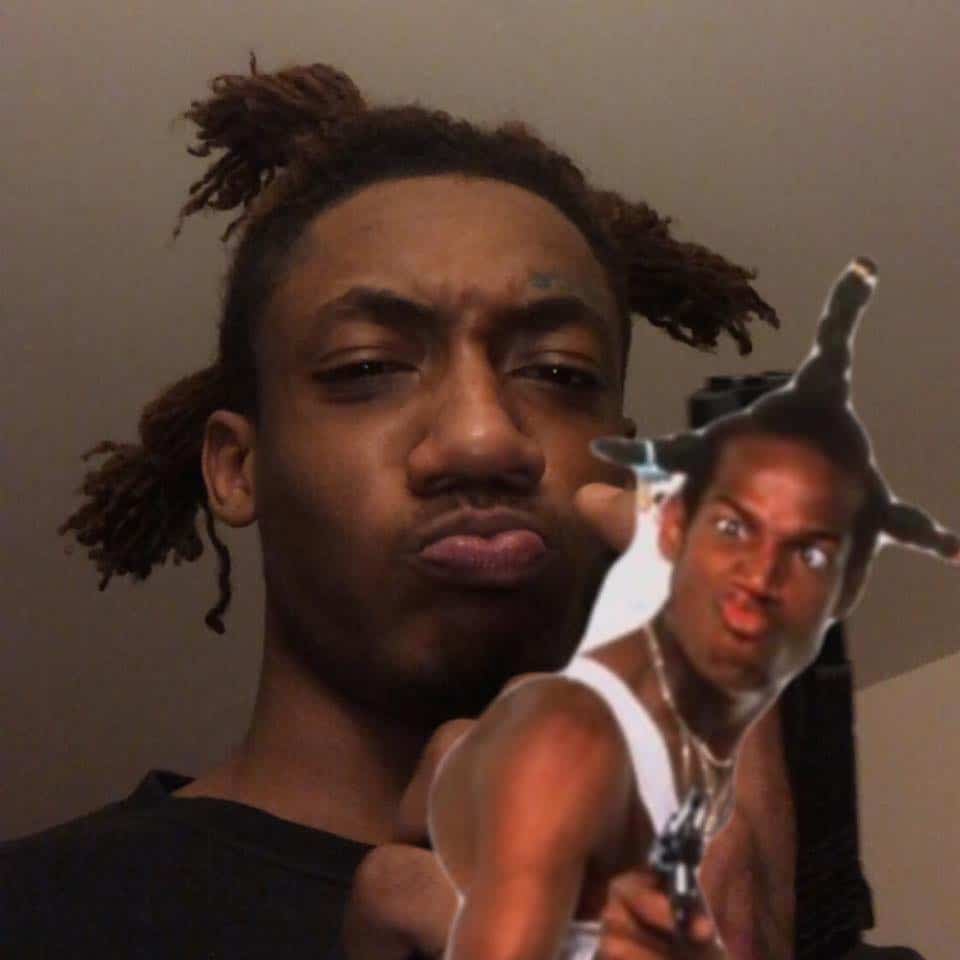 One photo we obtained showing Richardson flashing a gun came on Sept. 1, 2020. A second photo shows him flashing a gun on Feb. 28, 2020. He was out on bail in an open misdemeanor criminal case at the time. He is also in photos appearing to flash gang signs, smoking what appears to possibly be marijuana, and openly writing about drug use. “These madison weed mans ask for too much I just wanna get High😭🙄,” a post on his page says in October 2020, sharing a screenshot of a conversation that appeared to be about a drug deal.

His first adult criminal case was filed Nov. 5. 2019. It’s still pending. The charges were for receiving or concealing stolen property, operate vehicle without owner’s consent – passenger, and resisting or obstructing an officer. 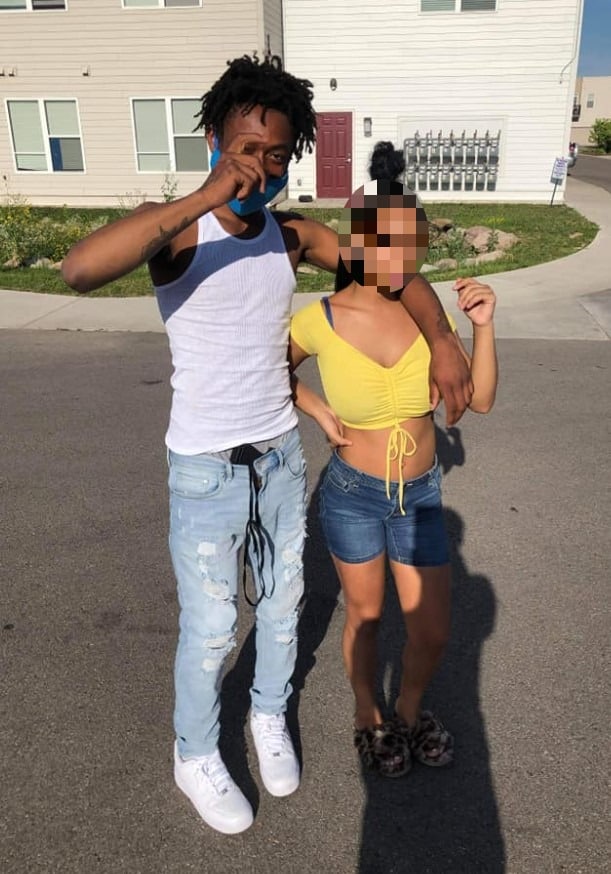 He was later charged in seven other cases in 2020-2021 before the officer’s shooting incident.

We found a string of Facebook pages for Richardson using variations of the same nicknames. “For all the ‘bDK’ mfs who am i🧐🤔,” he wrote in one post. According to the Urban Dictionary, BDK can stand for Black Disciple Killers, a reference to the notorious and violent Gangster Disciples gang. 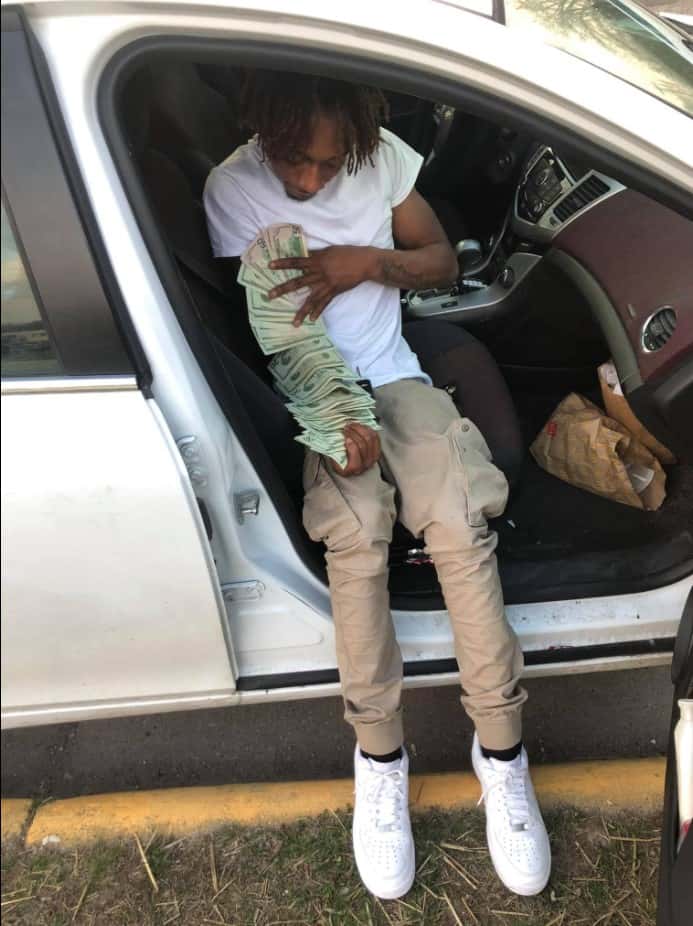 He posted about the suspects accused in connection with the murder of a Madison doctor and her husband, saying that they should be freed and adding, “They taking all my (N words).” 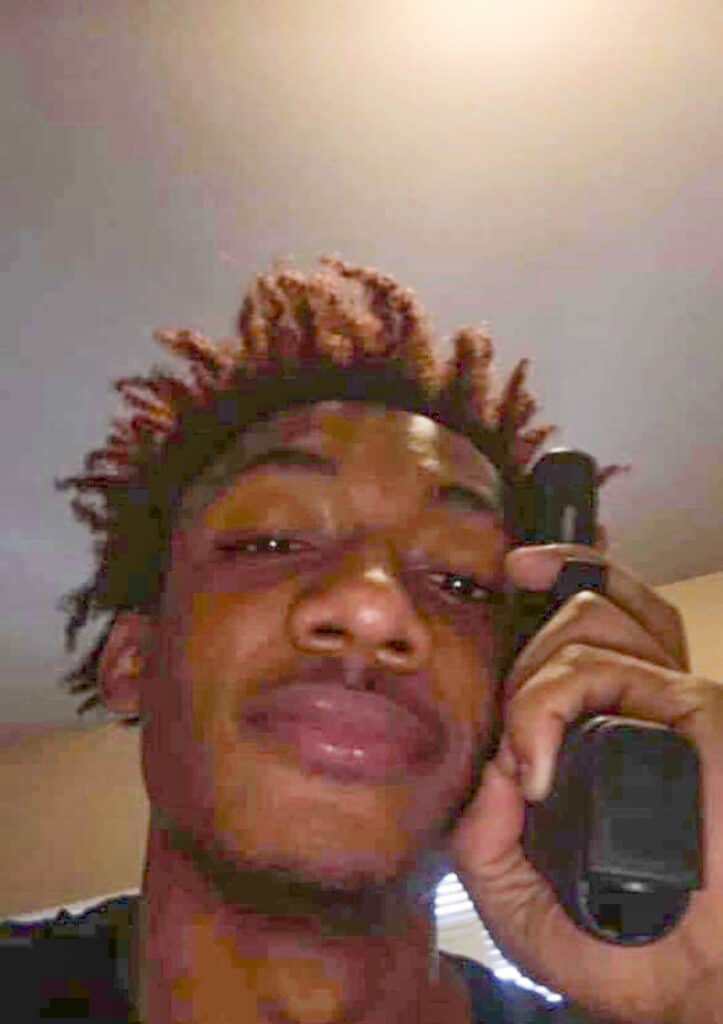 Richardson’s top visible post is from September, when he complained that someone stole a videogame player from his car.

In September, he wrote, “Soons I get tints I’m shooting to the city.” He wrote recently about getting his “first car.”

Last spring, he flashed a massive wad of cash on Facebook.

Nov. 5, 2019, signature bond of $500 set by Court Commissioner Brian Asmus. [We wrote about Asmus before when he allowed Milwaukee County Judge Brett Blomme to have unsupervised contact with his two young children, over a prosecutor’s objection, despite the fact that Blomme was accused of sharing and downloading multiple videos showing the graphic rape of young boys, including toddlers, one who was crying during the assault. The court commissioner, while calling the allegations “certainly disturbing,” also rejected a prosecutor’s request for $2,500 bail, opting instead for a $500 signature bond in the Blomme case.]

On Dec. 1, 2020, Judge Julie Genovese went a step farther and removed a 10 p.m. curfew. “CT: so long as defendant has verified employment, curfew is removed. If he loses his job curfew will go back into effect. PTS to inform court if he becomes unemployed.” GPS was ordered.

On March 17, 2021, a bench warrant was issued. There was a “violation report.” He was in custody for another bail hearing March 18. Bail was raised by Court Commissioner Brian Asmus to $1,000 cash. He posted the bail the same day.

On June 17, 2021, he didn’t show up for court. A warrant wasn’t issued because the prosecutor wanted to wait to see if he showed up for another hearing.

Back in court on June 17 for a bail/bond hearing. The warrant was vacated because he had appeared on another case.

Case Details: Bond set at $100 by Court Commissioner Brian Asmus, who ordered Richardson not to operate a motor vehicle and to be at his home by 10 p.m.
Pretrial conference on Oct. 8.

State Law: Why the Jury MUST Acquit Kyle Rittenhouse of Firearm...