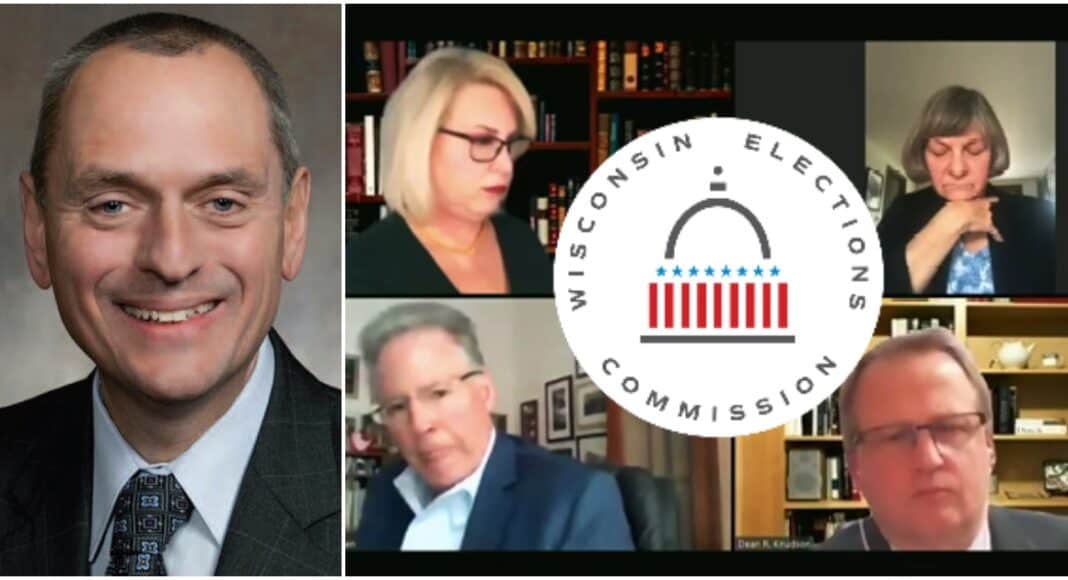 Despite the Wisconsin Elections Commission’s statutory duty to administer and ensure compliance with election laws, it has become clear that WEC has taken a number of actions in recent years that have clearly violated state statutes. That is why I recently introduced a resolution in the Legislature calling for the removal of the WEC officials responsible for the agency’s unlawful activities.

Before going further, it is important for me to be clear about what is and is not at issue in this resolution. Most importantly, it is not about relitigating the specific outcomes of any particular election, including the 2020 fall election, because the appropriate time for addressing any such concerns was in the days and weeks immediately following the vote, and the results are settled. It is vital that we can avoid conflating debates about the outcomes of any given election with our ability to critically evaluate the processes and systems underpinning our government. At its core, this resolution is fundamentally about both holding accountable a state agency that has been egregious in its disregard for the laws written by the Legislature and signed by the Governor, and helping to restore proper constitutional balance between the branches of government.

The problem of state agencies choosing not to enforce the statutes that they are charged with administering is, unfortunately, becoming far too common in our government. This trend is also not unique to any given party or administration. As one example, the Wisconsin Department of Health Services under both the Walker and Evers administrations spent years dragging its feet on implementing several pilot programs aimed at reducing preventable emergency hospital visits for state Medicaid enrollees, despite unanimous legislation imposing a clear mandate and deadline on the Department. When agencies deliberately slow-walk or ignore their obligations under the law, they unconstitutionally undermine the Legislature’s role in the government.

The actions of the Wisconsin Elections Commission, however, represent an unacceptable escalation of an agency intentionally disregarding state law. In its recent report, the Wisconsin Legislative Audit Bureau identified multiple examples of WEC and its staff violating election laws by refusing to perform their statutorily prescribed duties, issuing election guidance that contradicted existing statutes, and failing to promulgate administrative rules to reflect recent legislative changes. By repeatedly taking actions directly inconsistent with state laws, WEC officials have effectively appropriated the Legislature’s constitutional lawmaking authority by illegally substituting their own preferences and agendas in place of the clear directives of the democratically elected representatives of the public. These actions represent serious wrongdoing and cannot be tolerated, particularly among those specifically responsible for safeguarding the elections that are essential to our democratic values. This resolution reflects our obligation as legislators to be vigilant about the proper enforcement of the laws we write. A failure by any lawmaker to support such a resolution would be tantamount to an admission of their belief in the irrelevance of the Legislature.

While some may—incorrectly—choose to reflexively dismiss this resolution as a partisan exercise, doing so would fail to recognize that restoring respect for the law and faith in our governmental institutions is essential to uniting our increasingly fractionalized society. In a less politically charged climate, it would be clear that these officials, who include both Republicans and Democrats, are unfit to remain in their positions. The resolution represents a call for those in government to do their jobs: for state agencies to faithfully fulfill their responsibilities under the law, for state and local law enforcement to enforce compliance with state statutes, and for members of the Legislature to ensure that the laws they write as representatives of the people are being properly implemented.

Rep. Joe Sanfelippo (R-New Berlin) represents the 15th Assembly District which includes most of West Allis and the northern half of New Berlin.

Novak Djokovic back in detention, continues to fight deportation

Curtis Sliwa to Newsmax: With Manhattan DA Bragg, 'No Consequences' for Crimes