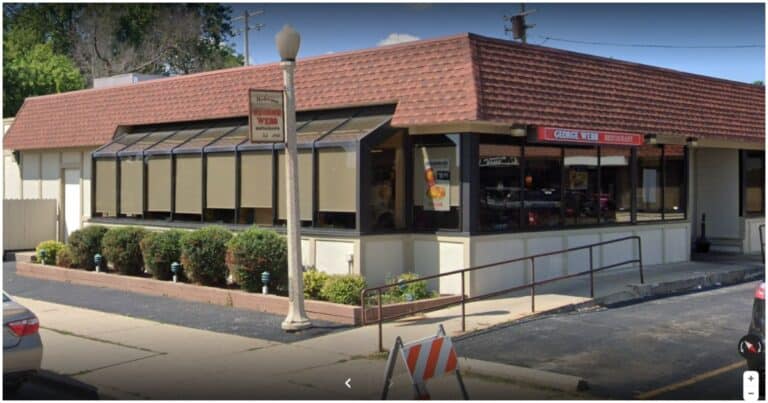 “Anthony was working as a waiter on the overnight shift when some customers got upset, pushed him down, and shot him in the face. They then proceeded to stomp on him before leaving.”

A George Webb’s employee was shot in Wauwatosa over the weekend, multiple sources have confirmed to Wisconsin Right Now.

A 26-year old male is recovering at an area hospital after being shot in the face during an altercation at George Webb Restaurant, 12201 W North Ave, on Sunday, January 30, 2022.

Around 12:15 a.m., Wauwatosa Police responded to the report of a shooting at the restaurant. Preliminary information provided showed that there was an argument between an employee and a group of customers which escalated into a physical fight and culminated with the employee being shot. The employee sustained serious injury, but is expected to survive. Investigators are still trying to confirm what the argument was about.

Investigators are pursuing numerous investigative leads. Initial findings indicate this is an isolated incident and there is no danger to the public. We are unable to provide additional information at this time. Release of more information could compromise the investigative integrity of this incident.

WRN has obtained photos of the suspect. Wauwatosa Police have asked us not to release the photos at this time as it may compromise the investigation.

GoFundMe Page Established For the Victim

A GoFundMe Page has been setup for the victim. It reads,

In the early morning hours of January 30, Anthony was working as a waiter on the overnight shift when some customers got upset, pushed him down, and shot him in the face. They then proceeded to stomp on him before leaving. Anthony was rushed to the hospital, where the staff worked hard to stabilize him and ultimately saved his life. Anthony is a hard worker, just doing what he can to support his 3 year old son. He doesn’t have insurance and the recovery is sure to be long and expensive.
Every dollar will go directly to Anthony to assist with a long and arduous recovery where he will have no income coming in.
Every dollar and every prayer is appreciated.
If you know Anthony, you know he is truly one of the good guys this world needs more of.
Posted with permission of his family.
His photo is not being used at the moment for privacy purposes since the assailants are still at large.

Our sources told us that, preliminarily, it’s believed the employee was shot in the face. He was pushed to the ground, shot, and then stomped on. The shooter was with a group of people and was a customer.

We are getting conflicting information if the group tried to leave without paying the bill, or if there had been a conversation over the bill or service with the employee.

George Webb Restaurants released a statement regarding the incident. They said the employee is in stable condition.

Sources tell us the employee was originally in grave condition at the hospital but has since stabilized.

The George Webb’s restaurant is located at 12201 W North Ave, Wauwatosa. It is open 24 hours.

The George Webb’s shooting is certain to raise community concern about crime.

USFIR, a site that monitors scanner traffic, also reported on the shooting. “Wauwatosa WI – 12200 blk W North – Med 52 transporting trauma, 26 year old male with a gunshot wound to the mouth, awake and breathing,” the site wrote on its Facebook page on January 29, 2022.

The rest of the media, however, were silent in the 24 hours after the George Webb’s shooting.