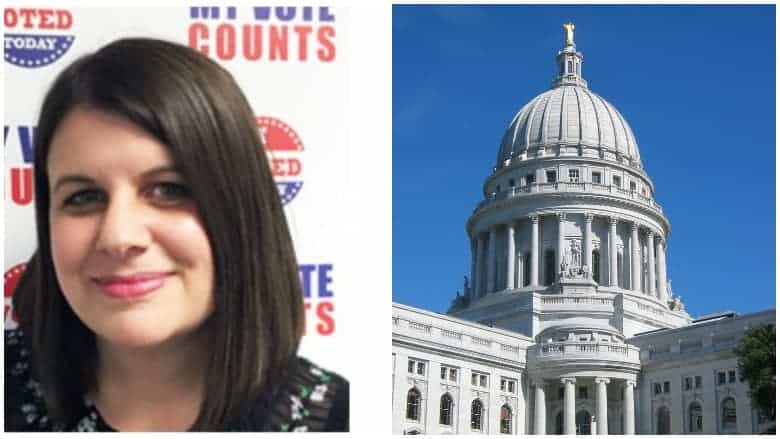 Claire Woodall-Vogg, the head of the Milwaukee Election Commission, is now blaming the state Legislature for misplacing a key election flash drive, saying the governmental body made her stay up for a whole day on the presidential election.

“This is what happens when the Legislature requires you to stay up 24 hours” to conduct an election and count results, Woodall-Vogg told the Milwaukee Journal Sentinel, which finally got around to reporting on the incident on Nov. 10.

We told you on Nov. 6 that Woodall-Vogg had misplaced the important flash drive. Law enforcement sources told us Woodall-Vogg appeared panicked and that police at the scene felt pressured to stay silent about it all by DA investigators.

A prominent former alderman isn’t satisfied with Woodall-Vogg’s legislative blame game. “We finally have this pathetic excuse (a nonanswer in reality) from Claire Woodall-Vogg, the director of the Milwaukee Election Commission, for her losing a flash drive containing absentee votes on Election night…Word of advice, Claire — if you can’t handle your job on the biggest election night every four years, find a different line of work,” wrote former Milwaukee Alderman Bob Donovan on Facebook.

He also chastised other media for not reporting the story. Donovan wrote:

Now, imagine if the outcome was reversed (Trump won Wisconsin by 20,000 votes) and the missing flash drive occurred in Washington County. Can you imagine the relentless of such a scenario by local and national media of the story in such a scenario? Would they accept the same lame excuse from Washington County election officials?

The Saga of the Missing Drive

Woodall-Vogg now admits that she misplaced a key election flash drive when she went to deliver results to Milwaukee County in the early morning hours after the presidential election.

She says it was found in a tabulator machine.

We had tried to reach Woodall-Vogg for comment repeatedly before running our story on Nov. 6 but she ignored requests for comment. Instead, she gave the Journal Sentinel comments the next day criticizing the Republican Assembly Speaker for calling the election in Milwaukee inefficient.

Woodall-Vogg says the flash drive was left in a machine; a senior staff member removed the flash drive and turned it over to a Milwaukee police officer who then delivered it to her 10 minutes later. She also insists that the results on it were not altered. The “incident bears no impact on the validity of the results,” she claims.

And she says the DA’s office conducted an investigation to establish chain of custody. The incident caused a stir in police circles because police felt they were being intimidated to say nothing about the matter. One officer reported it to his supervisor, we were told.

Upon arriving at the Milwaukee County Election Commission, she wrote, “I discovered that I had left the flash drive for Tabulator 7 in the machine. I immediately called Kimberly Zapata, a member of my senior leadership team, who was still present at Central Count and confirmed that it was still in the machine. She removed it and shut down the machine. I believe it is important to document that the flash drive was never left unattended and that staff had remained in the room throughout this process.”

election milwaukee
Keep Up With Breaking Conservative News! by jim790