Wisconsin Right Now IN VALOR THERE IS HOPE
Home Breaking News State Law: Why the Jury MUST Acquit Kyle Rittenhouse of Firearm Charge

State law on when minors can carry guns is extremely confusing, but a careful reading of the wording shows it exonerates Kyle Rittenhouse on the gun charge. He was carrying the gun legally. The Legislature should clean up the law.


Kyle Rittenhouse was carrying the rifle LEGALLY on the night of the Kenosha shootings, despite the fact he was 17. That’s because of the complicated language in Wisconsin statutes.

Prosecutors charged him with illegal use of a firearm, but the statute’s wording exonerates him. In court on Nov. 12, the judge agreed with that reading of the statutes, and said he will instruct jurors on it, meaning jurors can ONLY acquit him if they follow the law.

A careful reading of state law says that minors can carry rifles at age 16 and 17 as long as they are not short-barreled. The jury will be instructed on this, Judge Bruce Schroeder said in court. No one has argued in court that Rittenhouse’s gun was short-barreled. The state did not introduce any evidence documenting barrel length at the trial. Evidence from the manufacturer shows that Rittenhouse’s gun was not short-barreled under the statutes.

Thus, the jury must acquit. We think Schroeder is exactly right. We think you will too when you read the statutes later in this story.

We’ve lost count of how many people on social media and in the media believe the firearm charge is the only slam dunk count against Rittenhouse, repeating endlessly that he “shouldn’t have had the gun that night.” It’s not true. A careful reading of state law shows he could legally carry the gun that night.

To be clear, the law is confusing. The law has confounded even lawyers because of its convoluted wording. We would encourage legislators to clarify and clean up the misdemeanor illegal firearm possession statute. It’s so confusing that even Judge Bruce Schroeder, who is the longest current serving circuit judge in Wisconsin, said, “I have been wrestling with this statute with, I’d hate to count the hours I’ve put into it, I’m still trying to figure out what it says, what’s prohibited. I have a legal education.” He questions how an “ordinary citizen” could understand what is illegal.

On Nov. 12, though, Schroeder, the judge overseeing the Kyle Rittenhouse trial, took an action that means the jury, if they are following the jury instructions, will HAVE TO acquit Rittenhouse on the illegal gun charge.

The prosecutor, Jim Kraus, argued in court on Friday, Nov. 12, that Rittenhouse’s lawyers didn’t measure the length of Rittenhouse’s gun’s barrel in court. But the judge retorted, “You have the burden of proof.”

Schroeder said that, unless the state proved the rifle Kyle Rittenhouse used had an unlawfully short barrel, he will instruct the jury that Rittenhouse can’t be convicted of being a minor in possession of a dangerous weapon. And again the state did not introduce evidence on barrel length. It’s called an affirmative defense. He is giving final jury instructions to the lawyers today, but that’s what he indicated in court.

It all comes down to the word “AND” in the statutes, which we explain below. 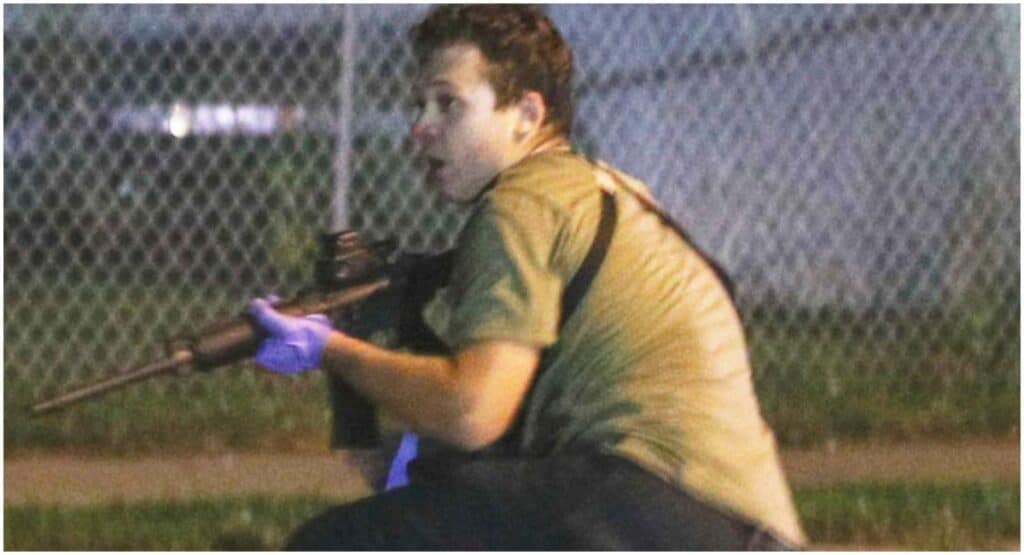 The defense also has cited a legislative history by the Legislative Reference Bureau. The law dates to 1991. They believe it also shows that the legislature did not intend for 16 and 17-year-olds to be part of the prohibition. But Schroeder focused on the plain letter of the law as written.

Let’s stop there for a second. The prosecution is fixating on the above (2) (a) to argue that Rittenhouse illegally carried the rifle. He was 17 at the time. He clearly possessed it; he’s on video doing it. The problem for the state is that the statute continues beyond the above, limiting who it can be applied to…We bolded the key parts:

Let’s unpack it further. It’s the “and” that makes Rittenhouse’s carrying of the rifle legal.

Rittenhouse is not in violation of s.941.28 because that’s the statute that explains that the rifle must be short-barreled to be illegal, and no one presented evidence to the jury that his gun was short-barreled, not even prosecutors. Moving on, then, the “and” means the state must show he was in violation of BOTH 29.304 and 29.593. That’s how we, the defense, and the judge read it. 29.304 makes it illegal for anyone under 16 to carry a gun. In fact, that statute is headlined, “Restrictions on hunting and use of firearms by persons under 16 years of age.”

But Rittenhouse was 17. The last part, 29.593, relates to not having a hunter’s safety certificate. Rittenhouse concedes he did not.

Thus, he does not meet 2 of the 3 violation requirements, but because of the way the law is worded (“and”), the state needed to show he was either in violation of the short-barreled provision OR both the age and hunter’s safety certificate elements. They have not, and can not, do so because he’s not under 16. This is what the jury will be instructed, the judge indicated in court.

Thus, if they are following the law, they must acquit.

In court on Friday, prosecutors did not argue that Rittenhouse’s rifle was short-barreled under the law; rather, they tried to argue that they don’t need to show BOTH that Rittenhouse was under age 16 and that he did not have a hunter’s safety certification. The judge disagreed and is allowing the jury to hear the defense argument on that point. 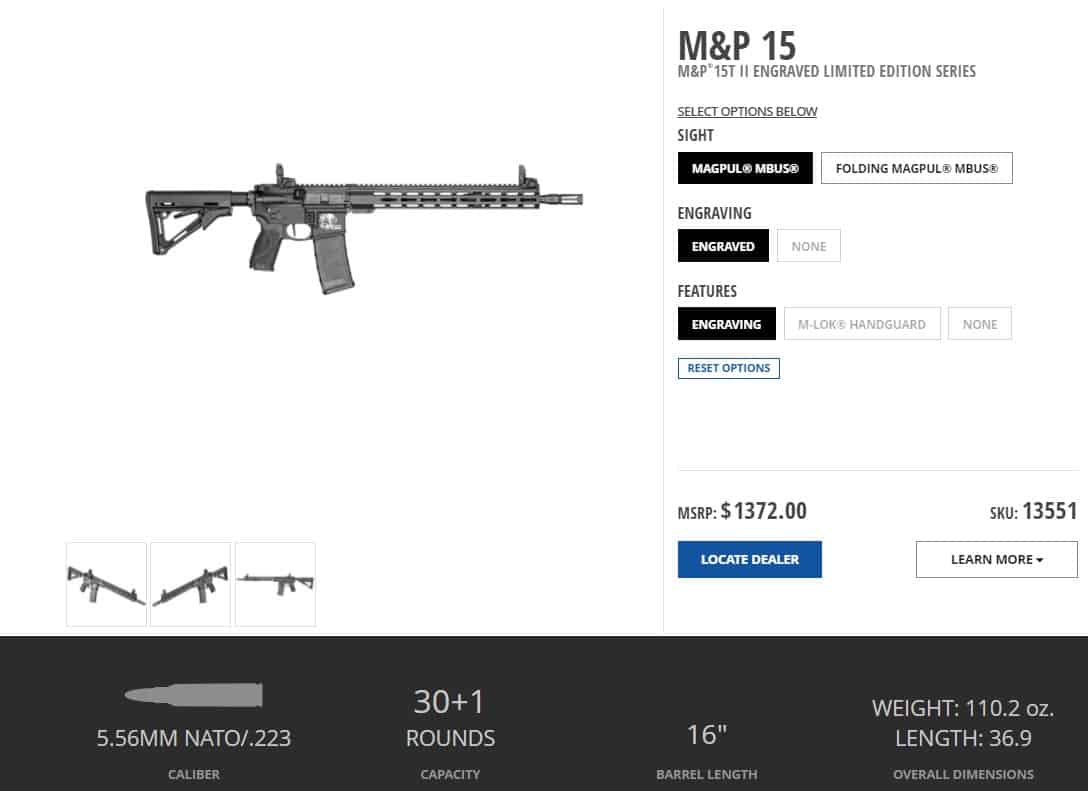 The judge said the defense did need to raise the issue for it to be considered by the jury; defense attorney Corey Chiarifisi said in court that he asked a detective on the witness stand about the legality of the gun’s barrel, which Schroeder believes sufficed.

He added, “You need to prove he was under 18, and that’s not in dispute, and that the barrel length was less than allowed by law, was not in range allowed by law.” The judge previously denied the defense motion to dismiss the charge, but he said that wasn’t an endorsement of the state’s position; it was, at the time, based on the criminal complaint.

Kraus said considering the AND to require both would “swallow the statute and make no sense.” He claimed the age portion is addressing hunting.

When Kraus argued that the Legislature meant to ban 16 and 17-year-olds from possessing weapons if they aren’t hunting, the judge said, “The penal laws are construed strictly.” He used an anecdote of an “emperor from way back in history who posted the laws on pillars so high that the people couldn’t read them, that’s been used by lawyers and judges for centuries. There is a requirement that people be given knowledge about what the law applies…the basic rule is ordinary people should be able to understand what their laws are.”

In this section: (1) “Rifle” means a firearm designed or redesigned, made or remade, and intended to be fired from the shoulder or hip and designed or redesigned and made or remade to use the energy of a propellant in a metallic cartridge to fire through a rifled barrel a single projectile for each pull of the trigger. “Short-barreled rifle” means a rifle having one or more barrels having a length of less than 16 inches measured from closed breech or bolt face to muzzle or a rifle having an overall length of less than 26 inches. (2) No person may sell or offer to sell, transport, purchase, possess or go armed with a short-barreled shotgun or short-barreled rifle.

There was no evidence shown in court regarding the entire length of the AR15 nor its barrel. The gun Rittenhouse used was a Smith and Wesson MP-15. According to Smith & Wesson website, the barrel length is 16 inches and the overall length is 36.9 inches. There was no evidence presented at trial that indicated the MP-15’s barrel or length had been altered.

29.304 Restrictions on hunting and use of firearms by persons under 16 years of age.

29.593 Requirement for certificate of accomplishment to obtain hunting approval.