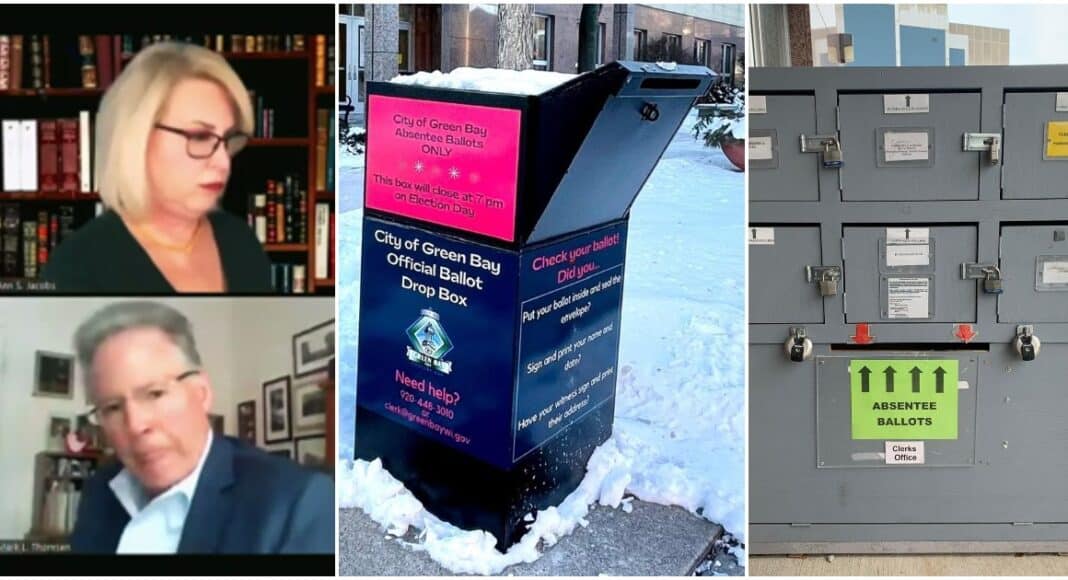 The Wisconsin Institute for Law & Liberty (WILL) filed the lawsuit on behalf of two Waukesha County voters in June 2021 “challenging the legal status of absentee ballot drop boxes after WEC issued unlawful guidance to clerks, in 2020, encouraging the use of absentee ballot drop boxes, and telling voters that anyone else can return their ballot for them,” WILL said in a news release announcing the decision.

WILL Deputy Counsel Luke Berg said, “The guidance from the Wisconsin Elections Commission on absentee ballot drop boxes was unlawful. There are just two legal methods to cast an absentee ballot in Wisconsin: through the mail or in-person at a clerk’s office. And voters must return their own ballots. We are pleased the court made this clear, providing Wisconsin voters with certainty for forthcoming elections.”

WILL provided this background in its news release:

“Absentee ballot drop boxes were used widely during Wisconsin elections in 2020. The Wisconsin Elections Commission (WEC) issued memos to Wisconsin clerks in March and August of 2020 encouraging their use, stating that absentee ballots do not need to be mailed by the voter or delivered by the voter, in person, to the municipal clerk but instead could be dropped into a drop box. According to WEC, ballot drop boxes can be unstaffed, temporary, or permanent.

An unstaffed, unsupervised absentee ballot drop box does not meet either of these legal options. And it raises significant concerns that elections are not being conducted legally and that Wisconsin voters will not have certainty that their votes will be counted if cast in this manner.

WILL’s recent Review of the 2020 Election found that the widespread adoption of absentee ballot drop boxes, not provided for under Wisconsin law, was correlated with an increase of about 20,000 votes for Joe Biden, while having no significant effect on the vote for Trump.