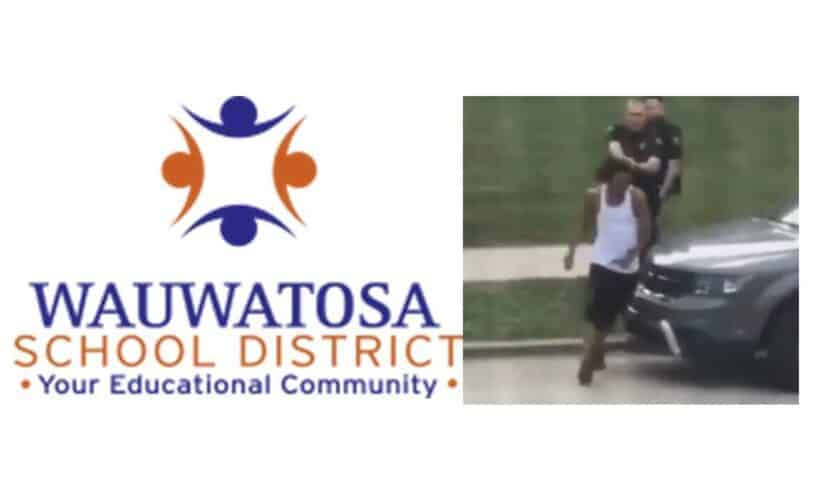 The Wauwatosa School District sent out a letter on Sept. 4 addressed to Wauwatosa families and students that says Jacob Blake, who was shot by a police officer in Kenosha, was “unarmed.” The Wauwatosa letter is causing some heated words online.

There has not been much information released about the Kenosha incident, as it is still under investigation. However, during an Aug. 26 press conference and in a news release, Wisconsin Attorney General Josh Kaul stated,

…Mr. Blake admitted that he had a knife in his possession. DCI (Division of Criminal Investigation) agents recovered a knife from the driver’s side floorboard of Mr. Blake’s vehicle. A search of the vehicle located no additional weapons.

In a statement, an attorney representing the Kenosha Professional Police Association said:

Mr. Blake was not unarmed. He was armed with a knife. The officers did not see the knife initially,” Matthews said in his statement. “The officers issued repeated commands for Mr. Blake to drop the knife. He did not comply.

When one woman wrote on the Wauwatosa School District’s Facebook page, “Blake was ARMED with a knife,” other comment writers subjected her to immediate ad hominem attacks. One man called her a “racist POS Karen,” writing, “B’Bye, idiot.”

It is not completely clear that Blake had a knife in his hand while walking away from officers as Kaul has refused to say either way since the press release came out, however, according to JSOnline, video taken by a witnesses at the scene shows an object in Blake’s hand.

The video is grainy, and it is difficult to determine what the object is. The person who made the cellphone video of the shooting stated he heard officers yell, “Drop the knife! Drop the knife!” although he said he didn’t see a knife in Blake’s hands.

The district posted the letter on its Facebook page. The letter has some Wauwatosa residents concerned and questioning some items in the letter.

Silence deepens trauma, and we will not allow acts of racism go unaddressed in our communities. https://bit.ly/3562sy1

This comes in a response to some residents in Wauwatosa receiving disturbing letters after placing yard signs in front of their homes. Those signs say, “For Sale Unless Politicians Keep Tosa Safe (Paid for by Tosa Taxpayers fed up with Mayor and City Council).” According to CBS58, those letters started, “Dear White Wisconsin Residents.” To some, it seemed to imply, in a backhanded way, that the yard signs were racist, which neighbors denied.

This disturbing racist letter was sent to Wauwatosa residents who put out the yard sign below in front of their homes. I talked with one neighbor who says the signs have nothing racial intended. More at noon on @CBS58 pic.twitter.com/rd4fWpZXwi

It has come to our attention that families in our community have received an appalling letter from a racist group calling themselves the “Whites of Wauwatosa.” There have been various news reports and social media postings about this letter – as well as the recent shooting of yet another unarmed Black man, Jacob Blake, in Kenosha.

Video shows that Jacob Blake was shot 7 times by Kenosha police as they were attempting to arrest him. Kaul’s press release gives this additional accounting of the shooting, which is under investigation. Whether it’s justified or not has not been decided.

Mr. Blake walked around his vehicle, opened the driver’s side door, and leaned forward. While holding onto Mr. Blake’s shirt, Officer Rusten Sheskey fired his service weapon 7 times. Officer Sheskey fired the weapon towards Mr. Blake’s back. No other officer fired their weapon. Kenosha Police Department does not have body cameras, therefore the officers were not wearing body cameras.

What is even less clear is why the Wauwatosa School District has decided to send out a letter that discusses a police shooting in another community, in which preliminarily evidence may contradict the statement made in the letter. Even if it turns out that Blake didn’t have the knife in his hand, that’s not a fact that’s known at this time.

The letter also contained this quote:

The Wauwatosa letter is signed:

Who is Dr. Nasif Rogers?

Dr. Nasif Rogers has taught in Milwaukee Public Schools and was the associate principal at Nicolet High School and principal at Glen Hills Middle School in Glendale. 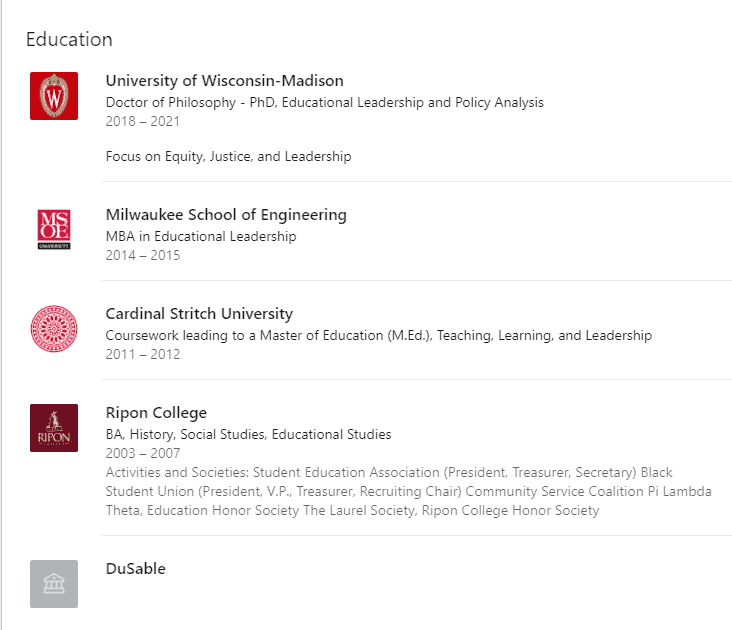 Please join us in welcoming Dr. Nasif Rogers as our Director of #Equity! He will work to support partnerships among the District’s schools, parents & the community to improve equitable educational opportunities for students. #TosaProud pic.twitter.com/qemerP0gCX

According to JSOnline, Dr. Nasif Rogers was hired by the Wauwatosa School District this summer after it approved its new equity plan. Rogers will be in charge of implementing that plan. In the article, Rogers said his role is to understand where disparities and inequities exist in the district. He’ll then “coach, lead and facilitate learning” that’s focused on addressing those disparities.

Wisconsin Right Now has sent an open records request to the Wauwatosa School District requesting Dr. Rogers’ compansation and contract documents. We will update the article when that information is received.

Wisconsin Right Now reached out for comment from the signers of the letter: Nasif K. Rogers, Dr. Phil Ertl, and Dr. Eric Jessup-Anger regarding the comment about the Blake shooting and the reference to the Black Lives Matter statement. We will update this article if and when a response is received.