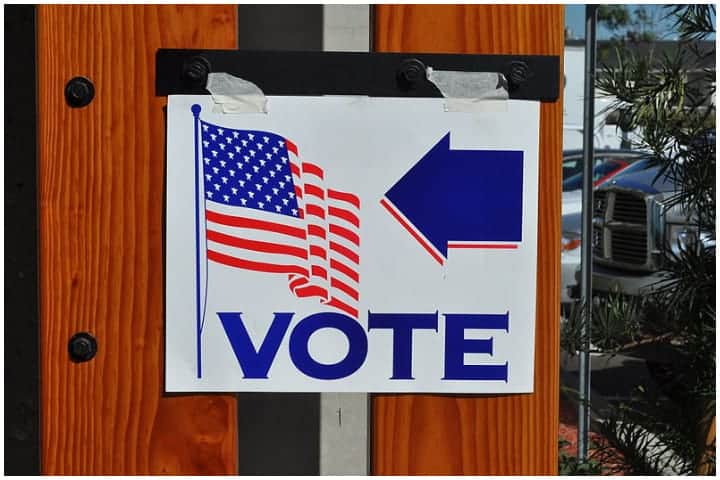 The state of Pennsylvania is rapidly emerging as a contentious battleground where Republicans and Democrats are fighting over one of the most hot-button issues in November’s election – the use of mail-in ballots.

On Thursday, White House Press Secretary Kayleigh McEnany highlighted Republican concerns in the Keystone State. “It’s a system that’s subject to fraud,” she said at a press briefing. “I can confirm for you that Trump ballots, ballots for the president, were found in Pennsylvania.” The FBI and state police are now investigating after the U.S. attorney’s office reported that nine military ballots were found discarded in Luzerne County – and seven of them had been cast for Trump.

While the GOP is focused on the risks of mail-in ballots, Pennsylvania Democrats are expressing worries that security measures for mail ballots will disenfranchise their voters. Earlier this week, Democratic Philadelphia City Commissioner Lisa Deeley sent a letter to the Republican leaders of the Pennsylvania legislature warning that a recent state Supreme Court decision threatens to upend November’s elections by disallowing mail-in ballots that aren’t returned in “secrecy envelopes.” Secrecy envelopes are an additional envelope or sleeve that make it difficult for poll workers and others to see through the return envelope and read what’s on the ballot, and generally make ballots harder to tamper with.

“It is likely true that the number of naked ballots” – those lacking secrecy envelopes – “we received in the June primary was at least between 15,000 to 20,000. Philadelphia is likely to receive about twice as many mail ballots in the general election as we did the primary,” she wrote. “This would mean 30,000 to 40,000 ballots could very likely be thrown out in Philadelphia alone. That number could rise to over 100,000 statewide.” She ended her letter urging the legislature to pass a law allowing the state to accept ballots without secrecy envelopes.

In 2016, Donald Trump won Pennsylvania by a mere 44,292 votes out of more than 6 million cast. “At the core of the PA ‘naked ballot’ controversy is this: Are Republicans prepared to deal with the societal consequences of the presidency being decided by the invalidation of 80k-120k mail ballots on a technicality?” asked Dave Wasserman, an elections analyst for Cook Political Report and NBC news.

Republicans in the state, however, counter that measures such as secrecy envelopes are a necessity, not a technicality – and point out that 16 other states require similar additional envelopes or sleeves for ballots.

“There’s a crying need [for election security],” Charlie Gerow, a veteran GOP strategist who’s worked on presidential campaigns in Pennsylvania since 1976, told RealClearPolitics. “Philadelphia just recently had a guilty plea and a major election fraud case that involved a Democrat election judge stuffing ballot boxes, not just in one election, but in multiple elections. And the U.S. attorney down there, William McSwain, who was the only guy in Philadelphia actually fighting crime as a prosecutor, has now made additional charges, including against former Congressman Michael ‘Ozzie’ Myers, who you may remember from ABSCAM days.”

Domenick J. DeMuro, the former judge of elections and Democratic Party official in Philadelphia, pleaded guilty in May. For his role in bribing DeMuro, Myers was charged in July with “conspiring to violate voting rights by fraudulently stuffing the ballot boxes for specific candidates in the 2014, 2015, and 2016 primary elections, bribery of an election official, falsification of records, voting more than once in federal elections, and obstruction of justice.”

However, while the Pennsylvania state court’s decision on secrecy envelopes has Democrats fuming, Republicans are upset by another of the court’s election mandates. State law says that mail ballots must be received by 8 p.m. Election Day, but the state Supreme Court recently ruled that ballots can be accepted up to three days after the election. Given the pandemic-related rise in mail ballots this election, Democrats have been arguing that extended deadlines are necessary to make sure large numbers of voters are not disenfranchised by post office problems and the more complicated procedures involved in filling out and counting mail ballots.

This has angered Pennsylvania Republicans, who say the court is legislating from the bench. The court’s decision admits, “Indeed, there is no ambiguity regarding the deadline set by the General Assembly.” Instead, the court justifies overriding the law as written by citing the Pennsylvania Constitution’s broad requirement that “Elections shall be free and equal; and no power, civil or military, shall at any time interfere to prevent the free exercise of the right of suffrage.”

Conservatives have been crying foul ever since the decision was handed down. “How does that [state constitution] language empower judges to ignore the ballot deadline?” asked a recent Wall Street Journal editorial. “We’ll wait while readers search for emanations and penumbras.”

But even more concerning to Republicans than extending the deadline is that the state Supreme Court also ruled that mail ballots without postmarks proving they were submitted before the election deadline on Nov. 3 will be counted. “We conclude that a ballot received on or before 5:00 p.m. on November 6, 2020, will be presumed to have been mailed by Election Day unless a preponderance of the evidence demonstrates that it was mailed after Election Day,” reads the decision.

Pennsylvania Republicans have already announced plans to petition the U.S. Supreme Court, and earlier this week asked the state Supreme Court to halt its decision. In a filing submitted Monday, they argue that the state court’s decision “creates a serious likelihood that Pennsylvania’s imminent general election will be tainted by votes that were illegally cast or mailed after Election Day.” Other voices on the right are even blunter about the consequences of this decision. At the pro-Trump American Greatness website, veteran GOP campaign operative Ned Ryun argued this week that Pennsylvania’s ruling was evidence “Democrats plan to cheat.”

Whether the U.S. Supreme Court will intervene in the case is unknown, as is how the recent death of Justice Ruth Bader Ginsburg might affect a potential ruling from a court with only eight justices. “The strongest realpolitik argument for why the Supreme Court would take this case would be to resolve the issues now rather than in an inevitable lawsuit after the election,” says Ilya Shapiro, CATO Institute legal scholar and author of a recent book on judicial nominations and the high court. “If the court takes it, however, it wouldn’t be to split 4-4, so if the justices feel that’s the most likely outcome, they won’t take the case.”

In the meantime, Pennsylvania Democrats have launched an ad campaign informing voters of the issues surrounding naked ballots and instructing them on how to make sure their mail ballots get counted. Even celebrities are enlisting in the effort to educate state voters. While this might help more ballots get counted, an ad campaign is unlikely to completely resolve mail balloting issues expected to arise in the Keystone State in November.

With the expectation of a close race in Pennsylvania and other swing states, the idea that November’s election will produce chaos seems to be the one outcome both right and left can agree on. In her letter to the legislature, Deeley warned mail ballot issues could create “significant post-election legal controversy, the likes of which we have not seen since Florida in 2000.”

Logan Churchwell, the spokesman for the conservative Public Interest Legal Foundation, which is dedicated to litigating election integrity issues, is inclined to agree. “November is going to be a train wreck involving a clown car getting rear-ended into a burning dumpster full of old tires, to be precise,” he said.

By Mark Hemingway
Go to Source
Reposted with permission