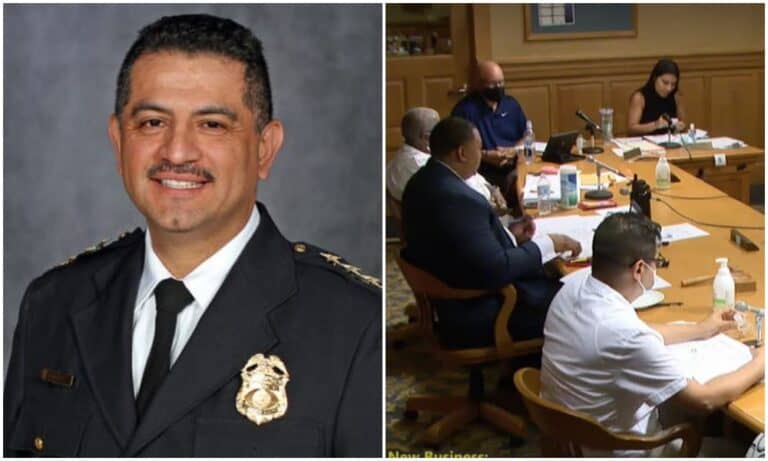 Five people were “not responsive” when contacted by an independent investigator looking into the Fire and Police Commission’s demotion of Milwaukee Police Chief Alfonso Morales and documents were “missing,” says a Milwaukee Inspector General’s report, which found that the FPC denied Morales due process.

Witnesses said the Commission based its demotion decision on City Attorney Tearman Spencer’s advice to “do what needs to be done.”

In addition, the investigation paints a picture of conflict over the advice the city attorney provided the board. You can read the full report here.

The investigator found, “The Commission failed to adhere to FPC Rule XV, Citizen Complaint Procedures, Wis. Stat. §62.50(19) Charges by Aggrieved Person and written opinions provided by the City Attorney’s Office, and it is in those instances that due process was not extended to Mr. Morales.”

The investigator “contacted eight interviewees, conducted two interviews, and collaborated with one and communication with one other.” The names of interview subjects are blacked out in the report.

However, the investigator wrote that she “attempted to contact interviewees through email. I conducted an interview with two of the interviewees contacted and was unable to reach five individuals because they were not responsive. One individual reached out and indicated they would contact me with a date and send requested documentation, however, an interview did not occur, nor was documentation submitted and the individual became non-responsive to additional communications. Since I received ample information from the conducted interviews and documentation provided, I did not find it necessary to continue attempting to contact the remaining interviewees because I anticipated duplicative, general testimony.”

That comes on the heels of a report that the city ethics commission has been unable to serve a subpoena on Fire and Police Commissioner Steve DeVougas in an unrelated matter.

The report notes that the city has a “constitutional requirement that government officials follow due process in the removal” of an employee’s property interest – their job.

The report opens by saying, “The office of Inspector General received and investigated conflicting reports from the Milwaukee Board of Fire and Police Commission and the City of Milwaukee Attorney’s office surrounding the board’s decision to demote then-Chief Alfonso Morales.”

The investigation was conducted by the office of the city clerk.

The mayoral appointed commission is the oldest in the country. It is authorized “to exercise broad oversight over the Department. It has the power to hire the chiefs of fire and police, evaluate the chiefs’ performance, review any policy of either department, approve all Milwaukee Fire (MFD) and Police (MPD) Department rules, accept complaints from civilians about fire and police misconduct, conduct trials on those complaints, and hear appeals from serious discipline imposed by the chief or against the chief by the board.”