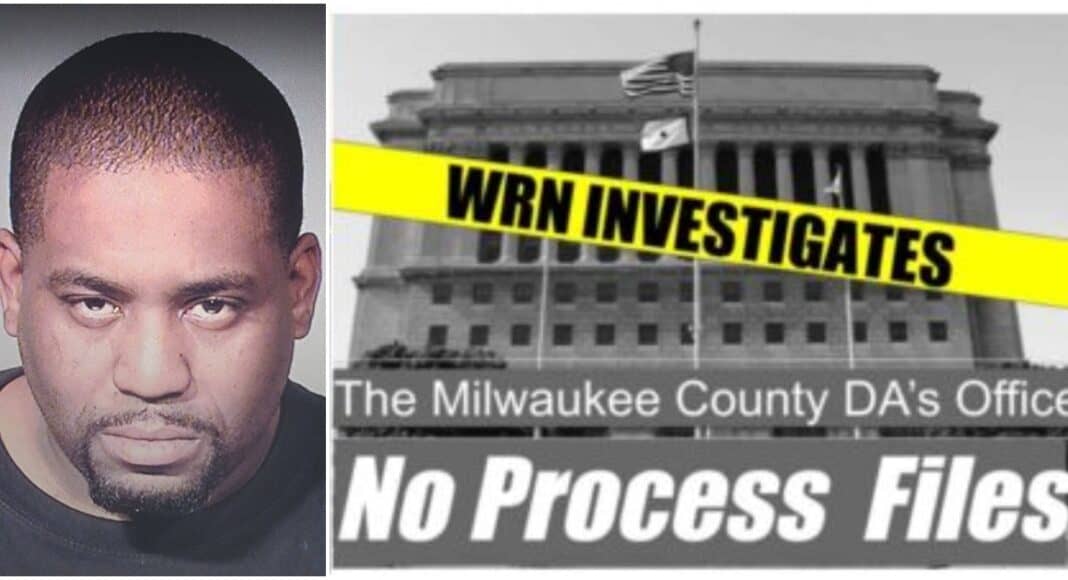 Milwaukee police keep referring cases against Willie McDaniels over and over and over again, 14 times since August, and the DA hasn’t bothered to look at even the oldest.


A Milwaukee man has been making the rounds, allegedly stealing thousands of dollars in power tools 14 times from various Home Depot stores throughout the area since August 2021, but the Milwaukee County DA’s office hasn’t charged any of them.

In fact, DA John Chisholm’s office hasn’t even bothered to review the oldest cases at all yet, even though the office got the first referral from Milwaukee police more than five months ago.

The suspect’s name is Willie McDaniels, DOB June 10, 1982, we’ve learned. He is wanted on numerous active warrants in all of the cases. Sources allege the man has stolen over $25,000 in tools from area Home Depots. “The 1st case was back in August and has yet to even been reviewed by the DA’s office,” said one of our courthouse sources.

Chisholm’s office has tried to block the public from learning which cases he’s not prosecuting. Wisconsin Right Now has had an open records complaint against the DA since April with the state Attorney General, which STILL has not acted on it. But we keep learning about concerning cases through frustrated courthouse sources.

Three other counties have open felony retail theft cases against McDaniels; but in Milwaukee? The DA is allowing him to allegedly keep doing it with impunity. Fourteen times.

Milwaukee police first referred Willie McDaniels for felony retail theft charges in August, but, five months later, as of late December 2021, the DA’s office hadn’t bothered to make any charging decision at all. Since that time, police have kept referring new charges – there are now 14 referrals for felony charges in all because the man allegedly keeps doing it – but still nothing from the DA.

That’s according to information Wisconsin Right Now received from multiple courthouse sources, and we’ve seen documentation to back it up. We’re not revealing the sources’ names for their own protection.

Interestingly, Willie McDaniels is also operating in other counties, and they’ve charged him.

Racine County has an open felony case against him, filed Dec. 6, for felony retail theft. It says there’s a warrant for his arrest and gives a Milwaukee address.

On Nov. 22, Ozaukee County filed a felony retail theft against Willie McDaniels too. Again, a warrant was issued.

He’s a felon for a 2000 Milwaukee case of robbery with threat or force and substantial battery.

It’s part of a national trend, where, especially out in California, so-called “smash-and-grabs” are treated with a blind eye by woke district attorneys. In Milwaukee, though, DA John Chisholm hasn’t announced a change in retail theft policy, and these cases would be felonies if charged; yet, this case indicates either an unwillingness to prosecute large retail theft cases or a backlogged DA’s office that is imperiling public safety by letting referrals from police languish while repeat criminals offend again.

This comes on top of other failures by the DA.

For example, Chisholm revealed in that interview that officials were using a previously unreported process – which he blamed on COVID – to hand many arrested suspects “summons” (a notice) to come to court for their first appearance, rather than book them into the jail and requiring them to bail them out at all.

That means that many offenders were left on the streets after their arrests, and it was left to them to do the right thing and show up for their first court appearance. He’s also under fire for his assistant’s low bail amount in the Darrell Brooks’ case. And, as we previously reported, the DA’s office is not charging about 60% of felony cases referred by police, a massive waste of police resources that is also dangerous to the community.

But this case highlights another problem: The DA isn’t even making a charging decision at all for months, leaving criminals on the streets.

It comes at a time of skyrocketing crime in Milwaukee.