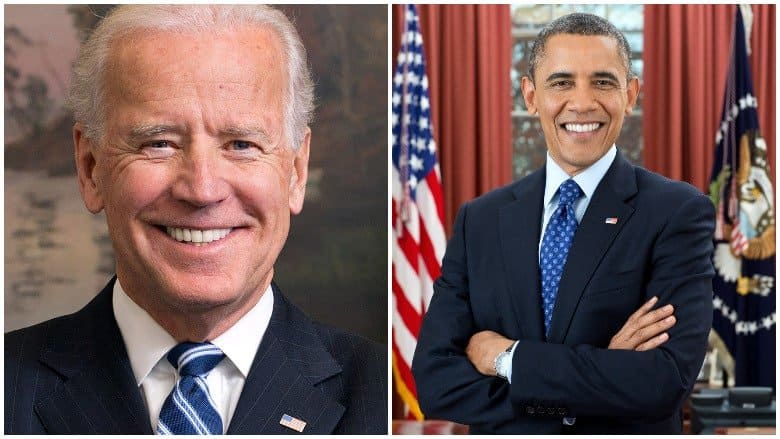 A new report claims that former President Barack Obama has had some choice words for Democratic presidential nominee Joe Biden during the 2020 election campaign. However, the comments came behind-the-scenes, according to Politico. Are there Obama, Biden tensions? Politico says yes, and they go back years.

One of the comments attributed to the former president by the publication: “Don’t underestimate Joe’s ability to f–k things up.” Biden, of course, served as Obama’s vice president. The comment came from a Democratic source that was not identified.

Obama is also accused of telling another Democratic candidate of Biden before Biden became the nominee: “And you know who really doesn’t have it? Joe Biden,” Fox News reported.

Obama did endorse Biden, but, according to Fox, some people consider his comments tepid compared to his endorsement of Hillary Clinton. “I believe Joe has all of the qualities we need in a president right now … and I know he will surround himself with good people,” Obama said in that endorsement, Fox reported.

The comments came in the midst of a lengthy excavation of the Biden/Obama relationship that ran in Politico.

Obama, Biden Tensions Involved Clash in Style & a Belief That Obama Preferred Hillary as His Successor, the Report Says

According to Politico, Biden has had kind words for Obama, saying that the former president is “an extraordinary man, an extraordinary president.” In 2019, Biden even tweeted a picture of a friendship bracelet with the pair’s names on it, writing, “Happy #BestFriendsDay to my friend, @BarackObama.”

However, Politico reported that some of the tensions derive from a belief that Obama preferred Hillary Clinton to replace him as president, not Biden, his VP. Although Biden suffered the untimely death of his son Beau, the article says that Obama was already putting his power behind Clinton as the best choice to replace him, not his second-in-command.

The Obamas will be giving speeches for the Democratic National Convention, but, according to Politico, it masks deeper tensions driven by former White House aides and staff who mocked Biden for gaffes and considered him “eccentric and a practitioner of an old, outmoded style of politics.” Obama and Biden also differed in policy making style, as Obama was the more “wonky” and deliberate one, Politico reported.

Obama and Biden did release a campaign video designed to paint Trump as unfit for office.

According to USA Today, Biden waited to endorse Biden until after he had the nomination sewn up and remained neutral during the 2020 primary race.

When the endorsement finally came, Biden thanked Obama in a tweet, writing, “Barack — This endorsement means the world to Jill and me. We’re going to build on the progress we made together, and there’s no one I’d rather have standing by my side.” Obama had written: “I’m proud to endorse my friend @JoeBiden for President of the United States. Let’s go.”