It didn’t take long for Wisconsin Gov. Tony Evers to make up his mind on the Kenosha police shooting. In fact, it took him only a few hours to release a statement implying fault by the officer and using inflamed, reckless language. Governor Evers’ Kenosha statement was an affront to due process and helped fuel an already dangerous situation.

The governor trotted out several old police shootings ruled justified or where the officer was found not guilty by a jury as examples of horrendous wrongdoing. He fails to remind Wisconsinites that two of the officers were physically attacked first or that Democratic DAs ruled the shootings lawful self defense. A third person had a gun.

“While we do not have all of the details yet, what we know for certain is that he is not the first Black man or person to have been shot or injured or mercilessly killed at the hands of individuals in law enforcement in our state or our country,” Evers wrote on the Kenosha police shooting of Jacob Blake.

“Mercilessly killed”? Mercilessness implies intent. We simply don’t know that yet. The DOJ is still investigating the facts. How about letting them do so? (See Wisconsin Right Now columnist Jim Piwowarczyk’s earlier column outlining some unanswered questions.)

We’d ask Evers to back up his claim about merciless killings and shootings by law enforcement in “our state.” But he saved us the time and listed several names.

He wrote: “We stand with all those who have and continue to demand justice, equity, and accountability for Black lives in our country—lives like those of George Floyd, of Breonna Taylor, Tony Robinson, Dontre Hamilton, Ernest Lacy, and Sylville Smith. And we stand against excessive use of force and immediate escalation when engaging with Black Wisconsinites.” Evers called out unnamed public officials in Wisconsin for racism despite the fact it’s far from clear whether race played any role in the Kenosha shooting or others he cited.

We won’t get into George Floyd or Breonna Taylor because those are active cases. We’re also not arguing that cops don’t ever get it wrong. We’re not even arguing that the Kenosha cop didn’t get it wrong. When it comes to Kenosha, we’re saying it’s too early to know. Here are the facts on the other cases:

A jury found former Milwaukee Police Officer Dominique Heaggan-Brown not guilty in the shooting of Sylville Smith, who fled on foot.  According to CBS 58, five jurors were Black (as were Heaggan-Brown and Smith.)

The DA argued that the first shot the officer fired, which struck Smith in the arm, “was justified because Smith had a gun.” It was the second shot the DA felt amounted to homicide, but the jury didn’t agree (the officer was later accused of unrelated offenses.)

According to WUWM, the defense argued the officer “could not know whether Smith had another weapon on him and that the officer had to make a split-second decision. He fired both shots in less than two seconds.” Smith was convicted of a previous gun offense. A photo on social media showed him pointing a gun.

Does Evers not respect jury decisions?

The Dane County District Attorney found that the officer’s shooting of Tony Robinson was lawful self defense.

“I conclude that this tragic and unfortunate death was the result of a lawful use of deadly police force and that no charges should be brought against Officer (Matt) Kenny in the death of Tony Robinson Jr.,” DA Ismael Ozanne said, according to a 2015 CNN story.

Police were told Robinson was “yelling and jumping in front of cars” and may have “hit one of his friends.” Police were then told he had  “reportedly tried to strangle another person.” Robinson had bought psilocybin mushrooms, the DOJ’s report into the shooting says. It says a man said Robinson tried to punch him and was acting “really aggressive.”

The officer said that, when he approached Robinson, Robinson struck him with a closed fist on the left side of Officer Kenny’s head, knocking Kenny back and into the wall. Robinson continued to swing; the officer believed he was struck more than once and was afraid he was going to be knocked out or disarmed, the DOJ report says of the officer’s account.  According to CNN, the police union said the officer suffered a concussion and “numerous injuries.”

Read the DOJ’s report here. The Robinson case was later settled in a large civil case by the city’s insurers and the family’s lawyers contended that the officer’s statement was contradicted by new evidence. The officer wanted a civil trial.

Minimally, this case is a lot more complicated than Evers makes it out to be.

Does Evers have no confidence in DA Ozanne?

We get that Officer Christopher Manney was fired by police. However, DA John Chisholm, according to Fox 6, found that the shooting was “justified self-defense and that defense cannot be reasonably overcome to establish a basis to charge Officer Manney with a crime.” Chisholm referred to Hamilton’s “deadly attack with a police baton.”

According to Fox 6, here’s what Chisholm, a Democrat, said about the Hamilton case:

After reviewing all the evidence, I believe there can be little serious doubt that P.O. Manney was justified in firing at Dontre Hamilton, who was attacking him with a deadly weapon (baton). The more difficult issue is whether P.O. Manney fired more shots than necessary, or continued firing after he could reasonably perceive that Hamilton was clearly no longer a threat. It does not appear to me, based on all the evidence I have reviewed, that P.O. Manney continued firing after the point in time when a hypothetical ‘reasonable officer at the scene’ under the totality of the circumstances existing in this case, would have stopped firing. The use of deadly force against Dontre Hamilton was not a choice P.O. Manney made voluntarily, but was instead a defensive action forced upon him by Dontre Hamilton’s deadly attack with a police baton.

Chisholm consulted with a national use-of-force expert, Fox 6 reported, who found, in part, “I believe there can be little serious doubt that P.O. Manney was justified in firing at Dontre Hamilton, who was attacking him with a deadly weapon (baton).”

Lacy’s case had unanswered questions. “Mr. Lacy tried to run and was wrestled to the ground by the three policemen, who handcuffed his hands behind his back and put him in a police van,” a New York Times story from 1981 says. In 2020, the Milwaukee Journal Sentinel reported that Lacy was found not breathing in the back of a police van, writing, “Lacy had died from a lack of oxygen, but he (the medical examiner) couldn’t determine what caused it…”

What happened “was never clear; the versions of police officers and eyewitnesses did not match,” the newspaper reported of the circumstances leading up to Lacy’s death. Police felt Lacy matched the description of a rape suspect; he was not the rapist.

According to Urban Milwaukee, “Lacy ended up handcuffed with his arms behind his back. Witnesses said an officer pushed a knee into Lacy’s back….One officer was ultimately fired and four were suspended. The state adopted Lacy’s Law, which calls for officers to provide medical attention to those asking for it.”

Look. It’s hard to watch the Kenosha shooting video and not feel emotions. However, it’s important for everyone to let investigators do their jobs. The governor has an even greater obligation to not recklessly rush to judgment.

The governor failed to live up to that obligation. Shame on him. 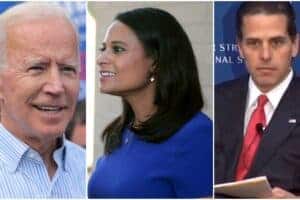 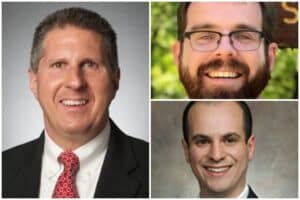 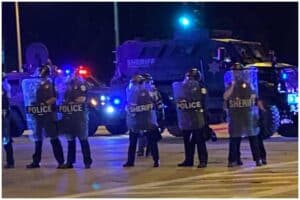