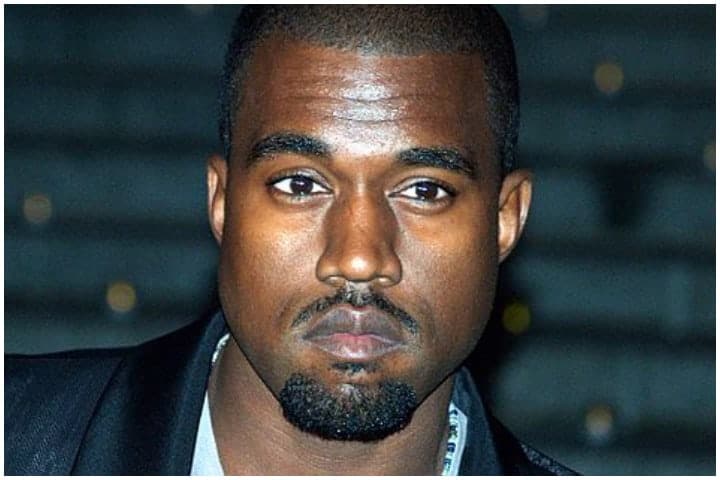 The Commission treated the papers as untimely, saying they were turned in 14 seconds late and refused to allow West and his running mate to appear on the Wisconsin ballot.

The lawsuit alleges the attorney working for West is unaware of a timing device or official timepiece used by the Commission. No time stamp or other document was provided to prove the time was actually 5:00:14.

West is asking the Court to declare that the Wisconsin Elections Commission acted unconstitutionally and to issue an injunction requiring the Commission to accept the nomination papers as timely and ensure West and Michelle Tidball appear on the 2020 general election ballot as Independent candidates.

West’s legal action comes the same day the Green Party announced that it was going to sue to get access to the Wisconsin ballot, slamming Democrats with the state Election Commission as non-Democratic and denying voter choice. The Green Party was denied access because the woman running for vice president had two different addresses in nomination papers. The Commission deadlocked in that instance, with all Democrats voting to keep the Greens off the ballot, and all Republicans voting to allow it.

Third party candidates could be important in a very close election in this battleground state. Green Party candidate Jill Stein got more votes in Wisconsin and Michigan than President Trump’s margin of victory. When it comes to West, some argue he is running to help Trump, which he denies.

The case is scheduled for a 9 a.m. Sept. 1 scheduling conference before Judge John P. Zakowski. Ballot certification is later that day.

The lawsuit, obtained by Wisconsin Right Now, states that, “even assuming that the nominating petition papers were accepted by a Commission Elections Specialist at 5:00:14 p.m.,” that satisfies the “not later than 5 p.m.” requirement because it was not 5:01 p.m. yet.

The Commission declared that the 14 seconds made West’s nomination papers as untimely, and this added a requirement to what the Legislature had directed, the suit says.

The Plaintiff in the suit is Fred Krumberger, a presidential elector for Kanye West and his running mate Michelle Tidball and a voter, resident, and taxpayer who lives in Brown County. The suit is dated Aug. 28.

“No comment” as woman enters election commission building just after 5p in Madison to drop off signatures for Kanye West pic.twitter.com/zVxePn5Fe2

According to the lawsuit, the Wisconsin Elections Commission has “exceeded its authority” under the U.S. Constitution. The suit alleges the Commission “unconstitutionally” added a requirement to Wisconsin Statutes imposing a more restrictive time limitation for nomination papers to be submitted.

The lawsuit says that attorney Lane Ruhland was the representative of the West campaign who was turning in the nomination papers.

“The Commission knowingly kept the building’s doors locked which impeded access to the Commission’s office,” it alleges.

The suit says that, on Aug. 4, Ruhland was in contact with the Commission staff regarding West’s nomination papers, “namely issues related to general compliance.”

The commission knew the “building’s doors would be locked before 5 p.m.,” and they were. The commission could have unlocked the doors or retained a government employee to be at the locked door before 5 p.m. to allow people in so they could timely deliver their nominating papers, the suit says.

By not doing this, the commission “impeded West supporters from timely entering the building to file West’s nominating papers.”

The suit claims Ruhland and two other West nominating petition coordinators arrived at the building before 5 p.m. She searched for the number to call to get the staff to unlock the doors. She didn’t see anyone at the locked doors to allow her access. She called the number on the outside of the building before 5 p.m. A commission Election Specialist unlocked the door and allowed her in, and accepted the papers “not later than 5 p.m.”

It was later determined by the Commission that the papers were late because they were delivered at 5:00:14.

The Commission “failed to keep accurate track of time when approaching the time deadline,” the suit says.

The Commission Vote Was 5-1 to Deny West Ballot Access

The Commission vote was 5-1 to not allow West on the ballot, according to CNN, which reported that the Commission consists of three Republicans and three Democrats. Commission staff determined that West’s nomination papers were filed late. West’s attorney argued that he had until 5:01 p.m. to get them in, an argument the commissioners rejected.

Read the agenda with complaint materials and Commission analysis here.

“Five o’clock is five o’clock,” Republican Commissioner Dean Knudson said, according to CNN. “Maybe I’m just common sense and not a lawyer.” Robert Spindell, who voted to allow West on the ballot, insisted, according to NBC Chicago, “I don’t think they were late. They met requirements by being there before 5:00:59. I do not think they were late. We’re talking a matter of seconds here.”

The decision could matter in a hotly contest battleground state election. There were questions about the timeliness of West’s nomination papers from the start because a local television station and, as it turned out another man with a cell phone, were staked outside the Commission building in Madison. Lane Ruhland, identified by Vice as a GOP-connected Wisconsin election lawyer, was the person who carried the West papers through the door.

Local TV Said From the Start That Ruhland Entered the Door After 5 p.m.

The timecode on my camera is one minute 2 seconds off the time on my phone. The Kanye representitive then hit the doorway at 5:00:18. @WISN12News @mattsmith_news pic.twitter.com/qg94ERKkAu

Bob Palmer a photographer for a Milwaukee TV station, wrote with video he shared of Ruhland on Twitter, “The timecode on my camera is one minute 2 seconds off the time on my phone. The Kanye representitive (sic) then hit the doorway at 5:00:18.”

Matt Smith, a reporter with WISN-TV, also reported that Ruhland walked through the door after 5 p.m.

Santeler also argued that West did not list his “residence and post-office address” as required by statute when he listed an address on Big Horn Ave., in Cody, Wyoming, on his nomination papers. “The complainant alleges that 3202 Big Horn Ave in Cody, WY is zoned as a commercial property,” the documents say.

According to Election Commission documents, “Specifically, in response to Mr. Santeler’s complaint, the respondent argues that the evidence presented regarding the proposition that the nomination paperwork was filed late is hearsay and therefore insufficient.”

Wisconsin statutes hold that nomination papers for independent candidates for president and vice president “may be filed not later than 5 p.m. on the first Tuesday in August preceding a presidential election.” Wis. Admin. Code § 2.05(2) states: “In order to be timely filed, all nomination papers shall be in the physical possession of the filing officer by the statutory deadline.”

To support the allegation that West didn’t file his papers on time, the Commission received a sworn affidavit from a man named Devin Remiker who recorded an iPhone video on Aug. 4 right outside the Commission building. “Mr. Remiker indicated that due to the closeness of the approaching 5:00 p.m. deadline, he felt it important to record what he was witnessing,” the report says.

In response, West presented an affidavit from Lane Ruhland, the attorney who submitted the papers.