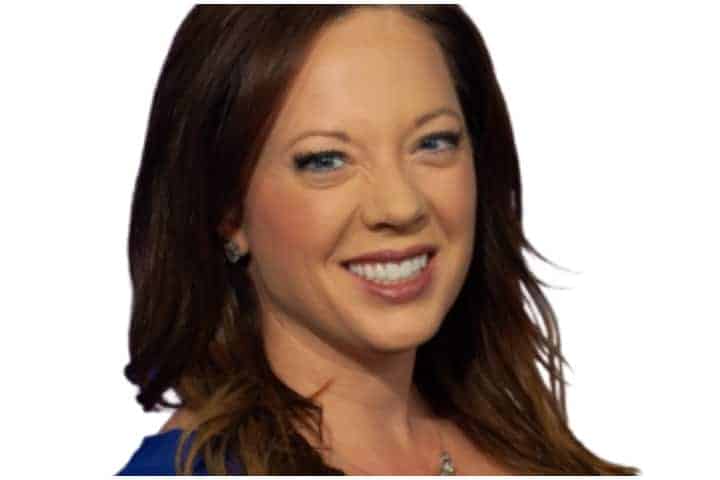 Amy DuPont, a reporter with Fox 6 television in Milwaukee, has spoken out for the first time about a physical attack she suffered at the hands of Wauwatosa demonstrators, one of whom was armed.

DuPont described the violent attack during an Oct. 9 podcast on the Channel 6 website. You can listen to her account here and below. It starts at about 15:45 in. Her photographer was also surrounded and threatened.

She was injured in the attack.

“I was bleeding. They had scratched me, my arm. So I have a couple scars that are never going to go away,” DuPont says in the podcast. She had to get a Tetanus shot. The woman she had the initial confrontation with, who had pushed her cell phone, “she went right to social media and told a very different story about what happened, and I started getting emails and social media that they were trying to find me, threatening to hurt me. Wauwatosa police got involved. We talked about steps that I could take.” They advised DuPont to get an escort to work and take a different route to work.

“This group is very good with tracking down your personal information, so it was really hard,” said DuPont.

The group also threw things at reporters after John Chisholm’s decision, DuPont said. She then described the physical assault. She did not name the attackers. Nor did she indicate whether she pressed charges.

“It’s scary,” she said at the beginning of the account. “Back in August I was covering a demonstration in Wauwatosa. Police had taken a stand. The group was getting closer to the mayor’s house… we were there, we were with all of the other media crews…It’s not the entire group… it’s a half dozen. To be honest, I know it was more than six, less than 12…the group approached us.”

They surrounded the photojournalist and were “grabbing at the camera… they were yelling at us that they didn’t like our narrative. They would tell their own. They were upset we didn’t cover a backpack event.”

DuPont was doing a Facebook Live at the time. A member of the group “pushed out with her hand and her hand knocks my phone and knocked me off the Internet…it went downhill pretty fast. The group surrounded us. They want you to leave but they don’t let you leave.” Their car was parked a few blocks away and they got separated.

They got back to the car. An older man tried to help and opened the door for them. The demonstrators surrounded the photographer as he was trying to get his gear into the car. “They surrounded the car. They’re pounding on the windows, the hood. They shine lights into the car so you can’t see anything. It’s the worst… we couldn’t move the car an inch at this point because they were surrounding the car.”

The photographer hit the curb. “We were able to turn around and get out of there.”

To be “attacked like that, it’s hard,” she said. She called it the “scariest thing that ever happened in my career.” She walked away “scratched, knocked around” but she was okay. “All of us have had events like this,” she said. A reporter was hit by a piece of concrete in Kenosha, she said. “It’s not normal.”

wauwatosa
Keep Up With Breaking Conservative News! by jim790