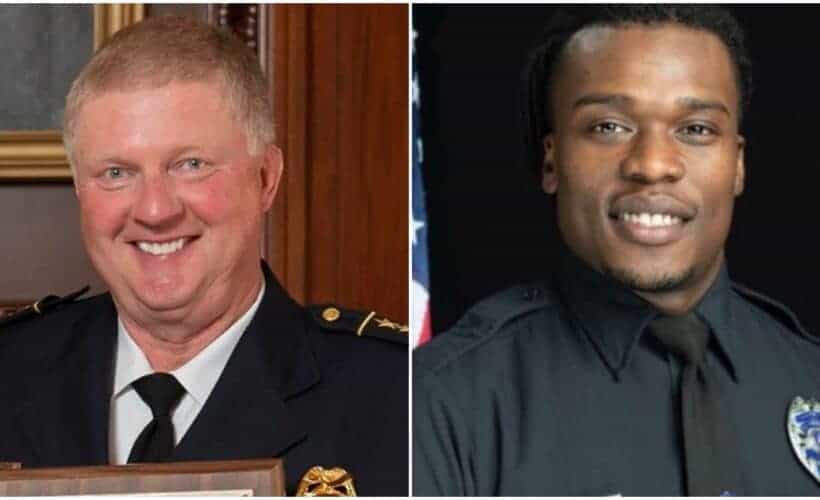 Wauwatosa Police Chief Barry Weber said in a news conference on Oct. 12 that he believes Joseph Mensah should remain a Wauwatosa police officer.

The Wauwatosa Police and Fire Commission is charged with making that decision. However, Weber criticized the hypothetical described in the report of independent investigator Steven Biskupic, who argued in part that Mensah should be fired based on the chance he might engage in a fourth shooting.

Weber made a logical case for why he believes Mensah should keep his job.

A reporter asked Chief Weber: “Do you support Joseph Mensah remaining on the force?”

“As we said, there is a process that is in place,” Weber said. “Joseph Mensah’s been cleared by the district attorney in three different cases. There’s been no reason up to this point and none that I can see that he should be removed from the force. He’s acted legally and lawfully in all previous actions that I’m aware of.”

Chief Weber is referring to three decisions made by Milwaukee County District Attorney John Chisholm, who cleared Mensah in three shootings, ruling that each was justified legal use of self defense. In each case, the people shot were armed or reaching toward a weapon.

Asked for his reaction to Biskupic saying there was a high likelihood of a fourth shooting, Chief Weber said:

I’ve never heard of any police officer ever being disciplined because of something they may or may not do in the future. To say that to speculate that it’s likely that it will happen in the future well that’s not factual, so. That doesn’t meet the standards of the statute of just cause…also the fact that some of the complaints that were alleged in the complaint against Mensah were dismissed outright by the independent investigator so what their recommendation is is to discipline him based on the fact that he might do something in the future and that he went on the radio program and said some things. Does that rise to the level of a termination? Not with me. If anything, I would probably reprimand the guy or just say don’t do that again. But for the things I’ve seen so far, and that’s just my personal opinion, because I have no idea what the Police and Fire commission is going to say nor do I know if they’ve even seen the report. But that’s what my initial reaction is.

The Chisholm and Buskupic reports give the details of what happened in each shooting. According to authorities, Antonio Gonzales had raised a large sword over his head in striking distance of Mensah. He was intoxicated. Jay Anderson repeatedly reached for a loaded firearm on the front seat of his car and ignored Mensah’s orders to stop, Mensah told authorities. He was also intoxicated. Alvin Cole brought a stolen loaded gun to Mayfair Mall, got into an argument with someone, fled police, discharged the gun, and pointed it at Mensah.

Chief Weber has served as Wauwatosa Police Chief for 30 years and has hired every sworn officer at the department.

Wisconsin Right Now wrote a previous column criticizing Biskupic’s report for its reliance on a hypothetical. You can read that report here.