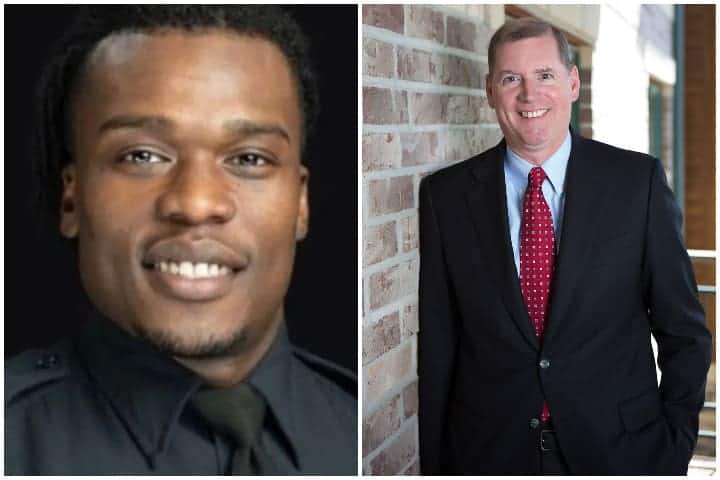 We already wrote a column arguing that Wauwatosa Police Officer Joseph Mensah should NOT be fired. But there’s one central element of Steve Biskupic’s ridiculous report against Mensah that deserves its own article: Biskupic’s incredibly unfair, ridiculous hypothetical.

Biskupic is a former federal prosecutor. Thus, he should know the importance of basing decisions on facts. Yet, Biskupic’s central argument calling for Mensah to be fired is based on a hypothetical. Bispukic argues that the city should fire Mensah because Mensah MIGHT shoot someone a fourth time. There’s so much wrong with that premise. A reader compared it to the Tom Cruise movie Minority Report, in which a cop uses “psychic technology” to arrest people before they commit crimes. Yet in this case Mensah hasn’t even committed one. Does Biskupic have a crystal ball? We’re now making firing decisions based on guesswork and tarot cards?

The commission needs to reject this recommendation because it’s based on facile logic that is grossly unfair. Just cause provisions require the city to prove the firing was “fair and objective.” It would not be. We hope Mensah fights it hard. As he is Black, he might have a discrimination case because we doubt the city will be able to produce a single other officer who has ever been fired based on a hypothetical anywhere in Wisconsin. The city should not treat Mensah differently. More importantly, it can’t as a basis of employment laws.

“Will he hesitate, will fellow officers react differently? Will nefarious members of the public (given officer Mensah’s high profile attempt to bait him? Those questions now objectively exist,” wrote Biskupic. So he also thinks the officer should be fired based on what fellow officers MIGHT do and what “nefarious members of the public” MIGHT do? Wow.

First, it’s absolutely crazy to argue that a person should lose their job over something they haven’t even done yet and might never do. Secondly, it prejudges any hypothetical fourth shooting. What if, hypothetically, Mensah shot a fourth person who fired a gun at him first? Would that still warrant firing?

After all, in each of Mensah’s three shootings he was justified to shoot. Biskupic’s and Chisholm’s reports give the details. Mensah shot Jay Anderson after he said Anderson reached four times toward a loaded gun while intoxicated and on drugs in a park he wasn’t supposed to be in (yes, there’s no body camera evidence to prove this but there’s also nothing to disprove it and some minimal evidence that backs it up more than it disputes it). He shot Antonio Gonzales when an intoxicated Gonzales raised a 49-inch Samurai sword over his head and moved in striking distance of Mensah after shouting “Bring it on.” He shot Cole after the teenager (who went by the name “GlockBoy Man Man” on Facebook) brought a loaded gun to a busy shopping mall, got in an argument, ran from police, with the weapon discharging, and then pointed the gun at Mensah. In the last two shootings, other officers were witnesses to the scene.

Society used to agree that officers who stop people with guns at malls are heroes. We learned from Parkland that they must act quickly and decisively in such fast-moving situations. In addition to saving his own life, Mensah may have saved the lives of other officers there that day.

How far should the city take Biskupic’s insane logic? Maybe cities should fire every police officer who has a single shooting because, you know, they MIGHT have a second one some day. Heck, this logic means we can’t hire any police officers because, you know, what if they shoot someone someday? By this argument, no one should possess guns because they could possibly fire them. Forget Mensah for a second. Whatever your own job is, imagine it. Now imagine being fired for something you haven’t done yet but might do. There’s probably a dystopian novel about this somewhere in which a society locks people up or removes them from society for stuff they might, someday, do. It might make good literature, but it’s not a society we would want to live in.

Here’s why Biskupic had to use a hypothetical. Mensah’s three fatal on-duty shootings were totally justified exercises in self defense, and he knows it. Democratic DA John Chisholm ruled that. Biskupic acknowledged that when it comes to the Jay Anderson shooting and made no argument on the other two. It’s wrong to fire an officer for using legal self-defense, especially one with 14 pages of commendations from citizens and other police departments, as Mensah has.

Thus, Biskupic couldn’t argue for Mensah’s firing based on any shooting he’s already done. So he had to cook up a hypothetical, possible fourth shooting that hasn’t happened yet. Yes, he also argued that Mensah violated a string of policies for things not related to the shootings, like giving a media interview. Those arguments are incredibly weak tea. Biskupic twists statements Mensah gave to a radio host to try to make his case. For example, he criticizes Mensah for not correcting the talk radio host when he said that Alvin Cole, 17, shot at Mensah before Mensah shot and killed Cole outside Mayfair Mall. But Biskupic’s own report says that Cole shot “apparently” accidentally, meaning he’s not sure. Chief Barry Weber said in the initial press conference on the shooting, “What is clear and not a matter of dispute is that the deceased fired his weapon before the police officer fired theirs.” Chisholm says Cole’s gun discharged and his arm was grazed. Did Cole try to shoot at Mensah? That seems unclear. Is it possible Mensah thought he was in a fast-moving situation that probably unfolded in seconds? After all, a gunshot discharged. Furthermore, the radio host made the comment, not Mensah. There are other such examples of unfairness in the Biskupic report. Yes, Mensah should have cleared the interviews with the chief first. We think a reprimand MIGHT be warranted for that. But firing? No.

Shame on Steve Biskupic. We urge the city to reject this ridiculous report.