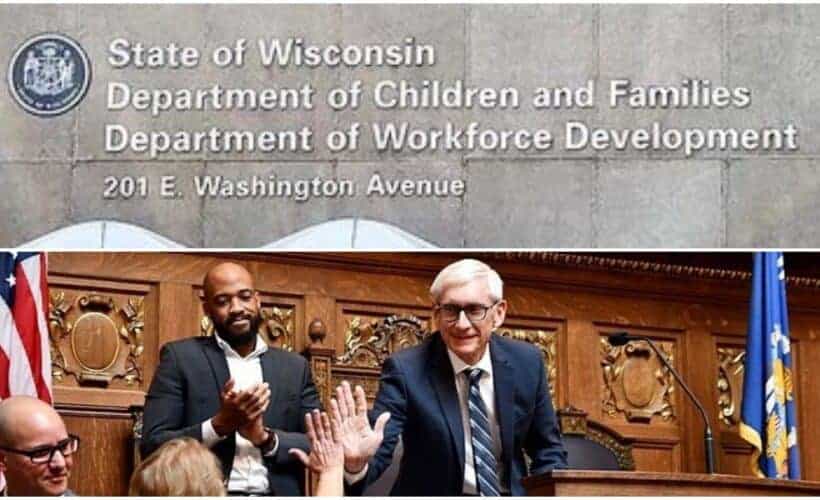 The state Department of Workforce Development took more than five weeks to pay almost one-quarter of unemployment benefit claims, and, in a random sample, non-partisan auditors found that 90% of delays were because the DWD dropped the ball in a variety of ways, from not resolving issues even when the agency had the information to do so to not requesting information it needed from employers.

Specifically, the reasons for 90% of the Wisconsin unemployment benefit delays in the sample were because:

It took DWD an average of 13 weeks to resolve people’s initial claims in a random sample.

The information comes from a new audit released December 14 by the state Legislative Audit Bureau, which is a non-partisan agency, into the Department of Workforce Development Unemployment Insurance program. The audit notes that the reasons for the unpaid claims are not clear, but they could be because claims were denied or withdrawn – or because DWD still had not resolved them.

“Our file review found that some individuals were paid program benefits only after 75 days or more had elapsed because DWD did not take prompt action,” auditors wrote.

For example, one individual submitted an initial claim on April 7, 2020, and was first paid benefits 92 days later in July. “Although DWD reduced the average length of time it took to pay initial claims for regular program benefits, it had not yet resolved a number of claims that had been filed in recent months,” the audit says.

“There is absolutely no excuse for the disaster that is going on at the Department of Workforce Development,” he said in a press release sent to Wisconsin Right Now. “This nonpartisan audit sheds light on the real problems causing significant delays in payments to the unemployed- that’s the Administration’s inability to step up during a time of need. The Legislature has given them the tools they need to adapt to the increased demand in unemployment benefit claims, and under Governor Evers’ leadership, the system continues to fail.”

According to Born, “Republicans have been calling for action and offering solutions for months. The excuses and finger pointing by the Evers’ Administration has got to stop. We need to hold the Governor accountable and demand action and answers for the thousands of unemployed across the state. In uncertain times, the people of Wisconsin need leadership. It’s time for the Governor to step up to the plate and do his job.”

In its response, DWD claimed it was “hamstrung” by outdated technology and inflexible state laws. “The widespread impact of the COVID-19 pandemic on our state and its workers resulted in an unprecedented number of UI claims being filed in an extraordinarily short period of time.” 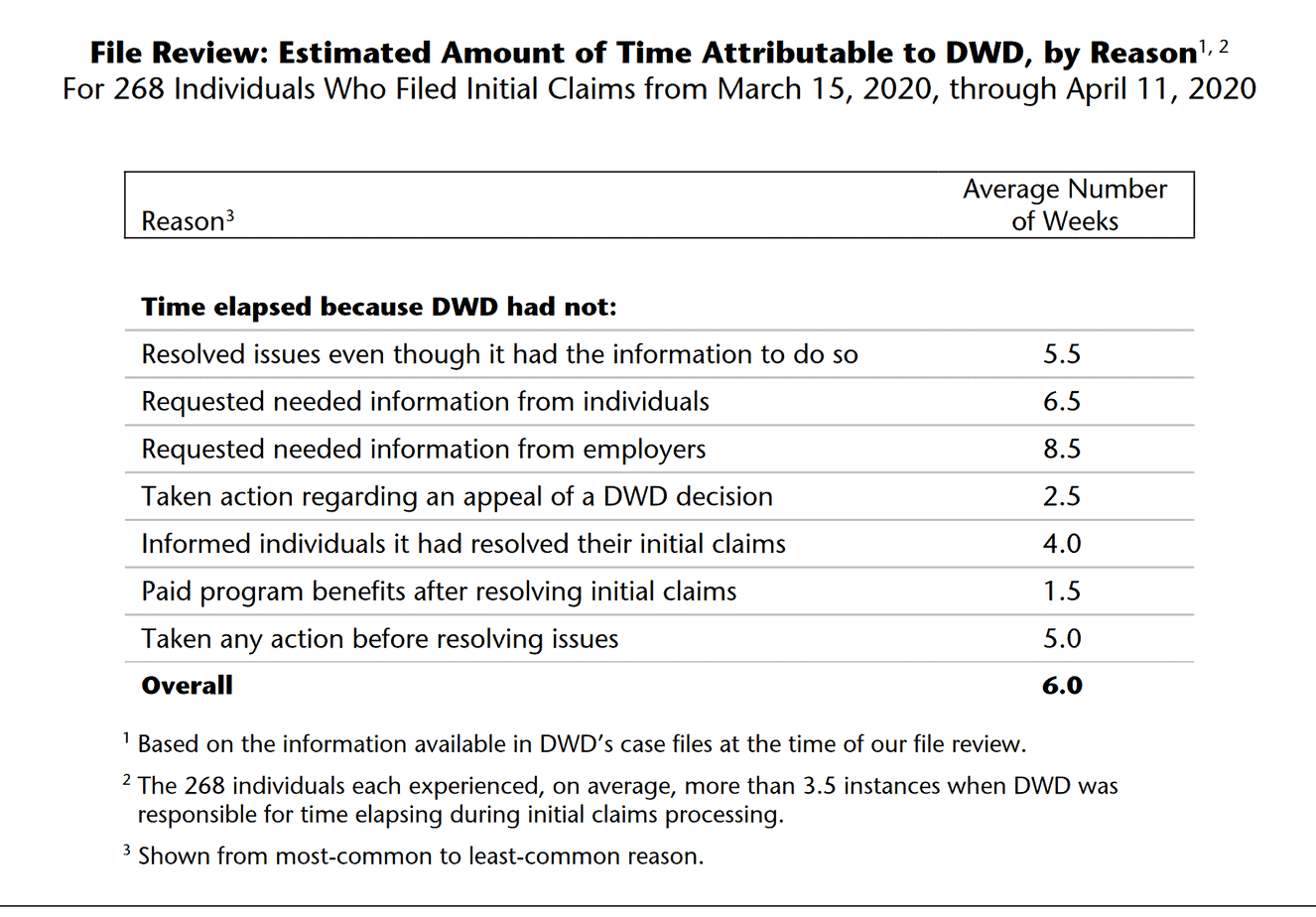 However, the state of Wisconsin doesn’t fare well nationally, although most states are experiencing backlogs.

In almost 25 percent of the cases paid, it took more than five weeks to pay the Wisconsin unemployment benefits. 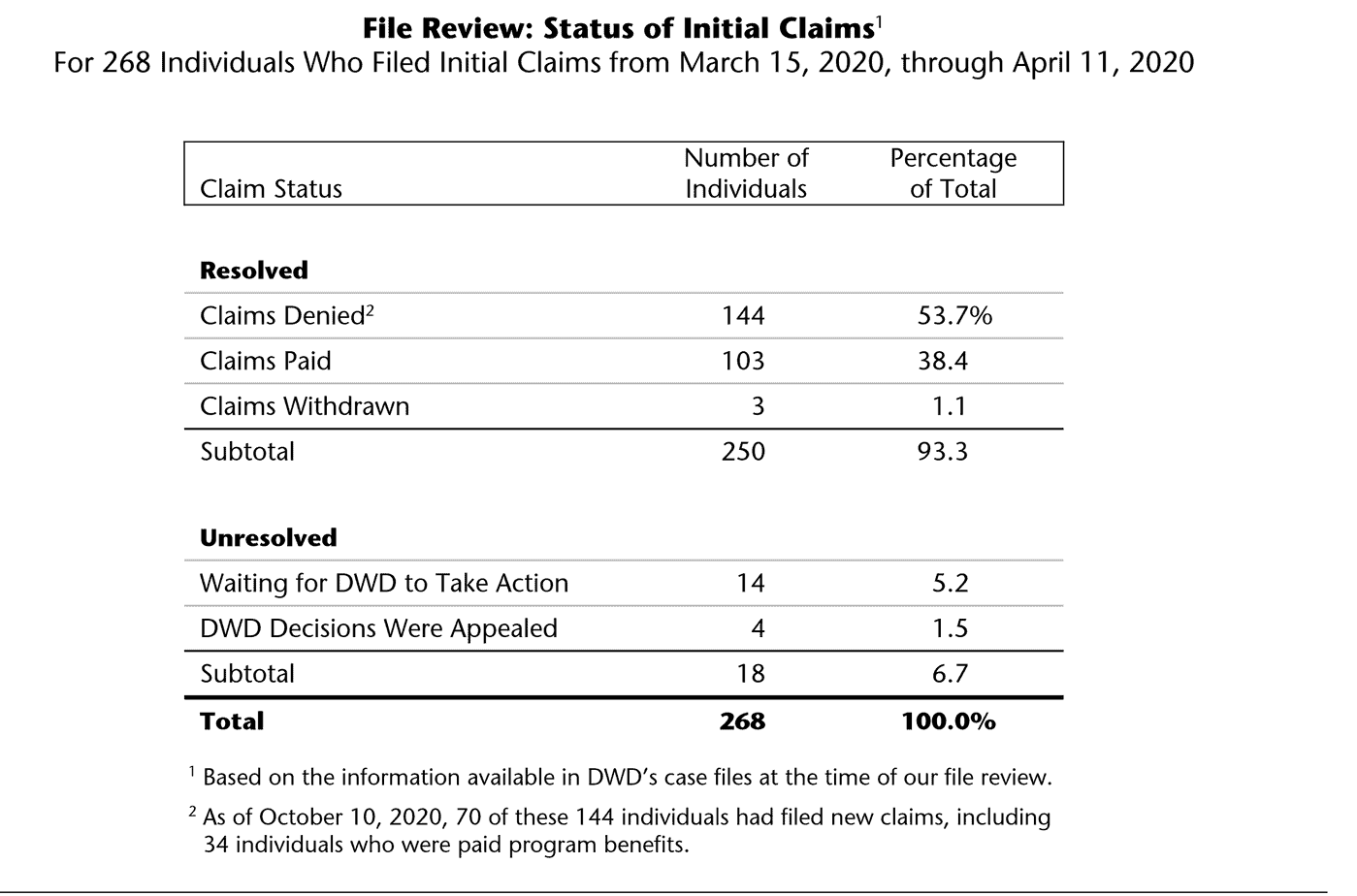 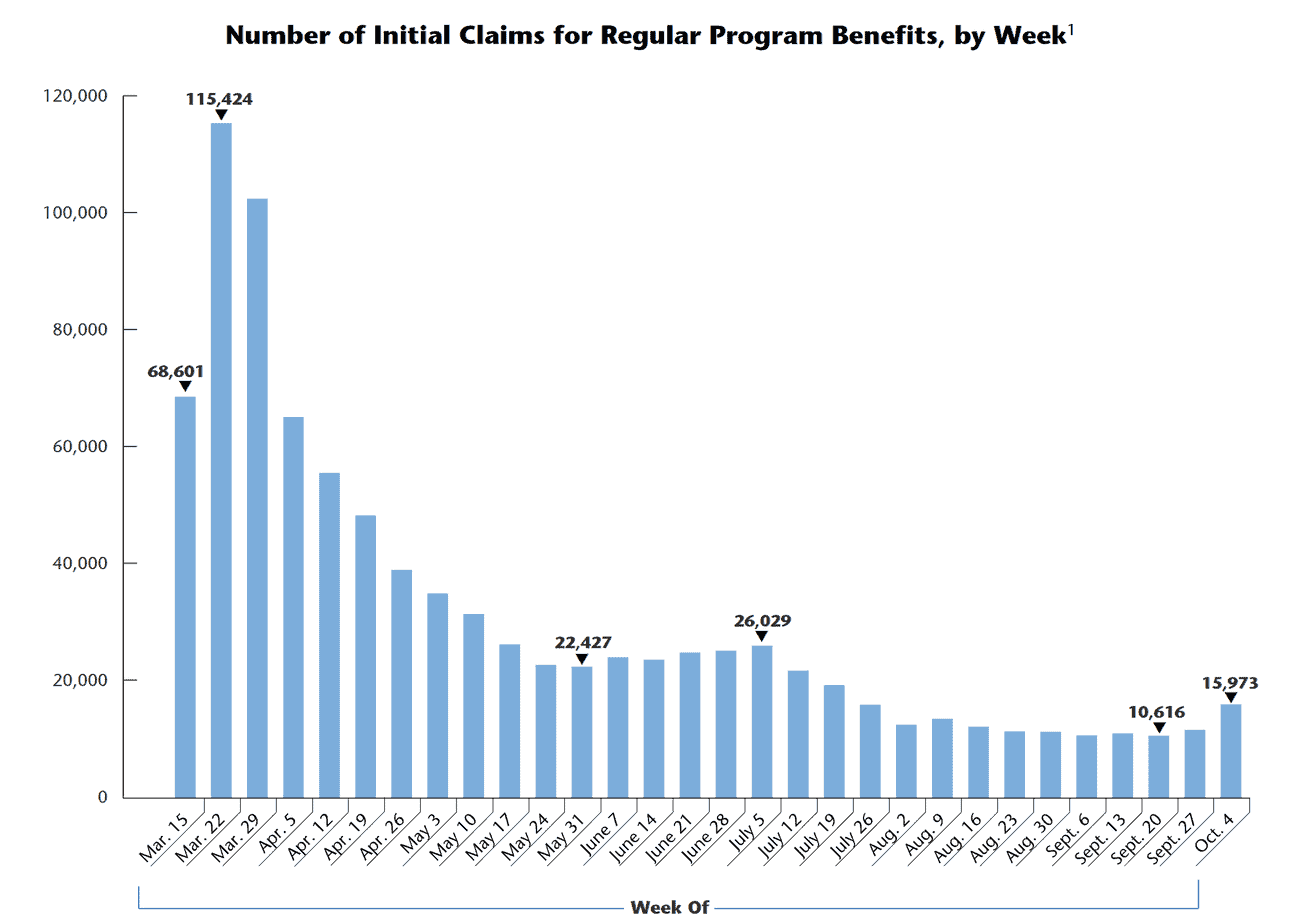 “DWD paid 53.2 percent of these claims in two calendar weeks or less, but it took more than five weeks to pay 24.7 percent of them.” To determine how the agency processed initial claims, the audit bureau selected a statistically significant random sample of 268 claims filed between March 15 and April 11, but that had not been paid as of June 2020. The audit found that DWD was responsible for “11.0 of the 13.0 weeks it took, on average, to resolve the initial claims of 250 of the 268 individuals.”

The audit also says that DWD did increase the number of staff dealing with claims.

DWD noted in its response, “The highest numbers of Initial Claims and Weekly Claims filed during the Great Recession, 36,000 and 194,000 respectively, occurred in January 2010, more than two years after the Recession began in December 2007. In contrast, we saw this year’s peak of 111,000 initial claims filed within the first week and the peak of 321,000 weekly claims within six weeks of the pandemic hitting Wisconsin employers.”