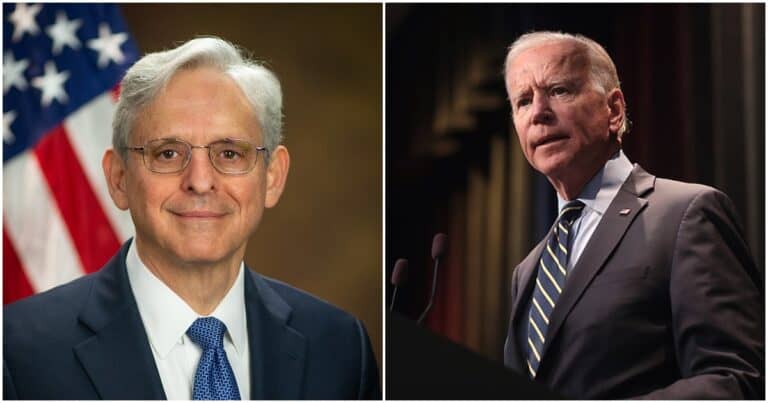 Fourteen Republican attorneys general, led by Indiana Attorney General Todd Rokita, have sued the Biden administration for not responding to a Freedom of Information request related to the Department of Justice calling for surveillance of parents expressing opinions at school board meetings and other forums.

The lawsuit follows a chain of events that began last October.

It was filed in the U.S. District Court for the Southern District of Indiana Indianapolis Division. It asks the court to force the Biden administration to respond to the requests for information.

On Oct. 4, Garland issued a memo on the “disturbing spike in harassment, intimidation, and threats of violence against school administrators, board members, teachers, and staff” and called for the FBI and other federal law enforcement agents to monitor activities in school districts nationwide.

Six months later, the attorneys general argue, the Biden administration has provided no evidence of any spikes in threats against school personnel by American parents.

Garland issued the memo after the National School Board Association sent a Sept. 29 letter to the Biden administration lamenting that parents were opposing the teaching of critical race theory and other divisive ideologies, referring to parental protests as “domestic terrorism.”

Garland’s memo “attacked dissent by parents during local school board meetings in an effort ‘to intimidate parents into giving up their constitutional rights to direct the upbringing and education of their children,’” the attorneys general argue.

They anticipated his memo was based “on the NSBA’s false accusations against parents.” Garland confirmed this during his Oct. 21 testimony before the U.S. House Judiciary Committee. He said, the “National School Board Association, which represents thousands of school boards and school board members, says that there are these kinds of threats. When we read in the newspapers reports of threats of violence … .”

According to his testimony, the White House asked for examples of specific threats. However, no such threats were presented.

The National School Board Association apologized for the language it used in the letter the day after Garland testified, on Oct. 22. More than half of its state affiliates distanced themselves from the national group, some pulling dues and membership.

But these actions weren’t enough, the attorneys general argue. Garland still hasn’t rescinded his memo. And the administration hasn’t responded to their request for information six months later.

The 14 attorneys general sent a letter Oct. 26 requesting information from Biden and Garland. It followed an Oct. 18 letter sent by a 17-state coalition. They’ve demanded Garland rescind his memo instructing the FBI to investigate parents and produce all communications of any federal officials or agencies related to the Sept. 29 NSBA letter.

They never received a response, they said, prompting the lawsuit.

“We just want the facts,” Rokita said. “Rather than cooperate, the Biden administration has sought to conceal and downplay its culpability. What are they hiding? Why won’t they come clean? Hoosiers and all Americans deserve to know.

“The Biden administration wants to sweep under the rug these inexcusable assaults on parents’ freedom of speech,” he added. “But we’re fighting for full transparency and accountability for this misconduct so it doesn’t happen again.”