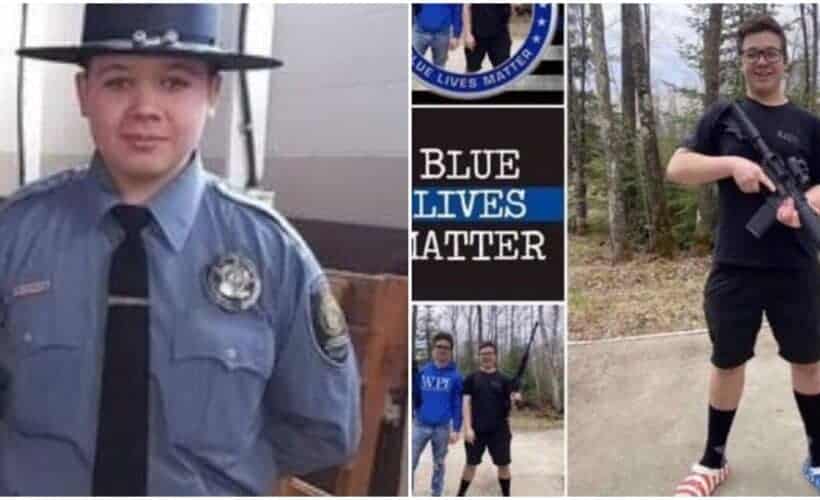 A suspected gunmen from the Kenosha protest shootings that happened late Tuesday night and killed two people and injured a third as been identified as Kyle Rittenhouse, 17, of Antioch, IL. Rittenhouse is in custody in the Lake county, IL awaiting an order of extradition hearing scheduled for August 28 at 9am. The Initial complaint ticket shows he’ll be facing 1st degree intentional homicide charge related to the Kenosha shootings. He has been assigned a public defender.

Authorities have scheduled a news conference for 1 p.m. today in Kenosha to address the incident.

Graphic videos shows a man believed to be Rittenhouse being chased down the street by a subject with a skateboard.
Witnesses say may be more than one shooter and gunfire broke out several times.

What We Know About Kyle Rittenhouse:

Rittenhouse participated in the Grayslake-Lindenhurst-Hainesville Public Safety Program.
Screenshots of his now deleted Facebook page shows strong support for law enforcement, photos include blue lives matter and thin blue line graphics along with other photos of him with guns.
Read more about Kyle Rittenhouse: Kyle Rittenhouse: 5 Fast Facts You Need to Know
This is a breaking story, we will update the story as we learn more.