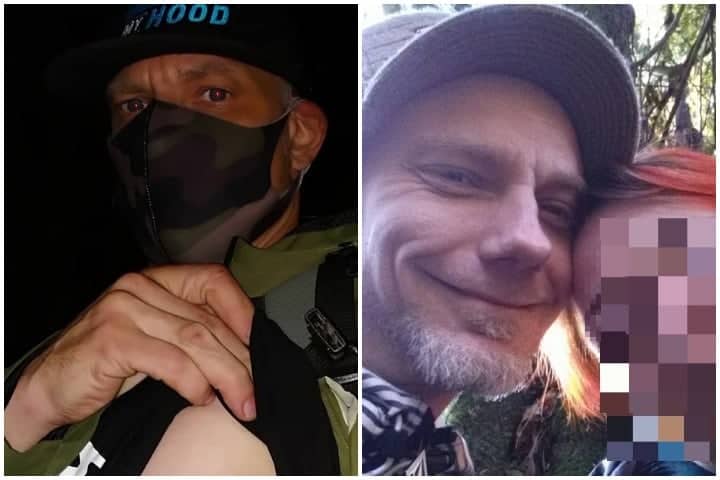 Michael Forest Reinoehl, 48, was named by a major Oregon newspaper as the man under investigation in the shooting death of Aaron Danielson, who was shot and killed in Portland, Oregon, after a pro-Trump caravan became disabled. Danielson was affiliated with a conservative group called Patriot Prayer.

Reinoehl was killed on Sept. 3 as federal agents moved in to arrest him.

In an interview with Vice, Reinoehl is claiming he acted in self defense, saying he believed he and a friend were going to be stabbed. “I had no choice. I mean, I, I had a choice. I could have sat there and watched them kill a friend of mine of color,” he told Vice. “But I wasn’t going to do that.”

Every Revolution needs people that are willing and ready to fight. There are so many of us protesters that are just protesting without a clue of where that will lead. That’s just the beginning that’s where the fight starts. If that’s as far as you can take it thank you for your participation but please stand aside and support the ones that are willing to fight. I am 100% ANTIFA all the way! I am willing to fight for my brothers and sisters! Even if some of them are too ignorant to realize what antifa truly stands for. We do not want violence but we will not run from it either! If the police continue to pick on and beat up innocent citizens that are peacefully voicing their objections, it must be met with equal force! We are currently living through a crucial point in Humanities evolution. We truly have an opportunity right now to fix everything. But it will be a fight like no other! It will be a war and like all wars there will be casualties.

According to Oregon Live, “altercations broke out.” after the caravan became disabled. The newspaper described Danielson as a “friend and supporter” of Patriot Prayer.

The New York Times described him as “affiliated with a right-wing group.” and that group as “a right-wing organization that for years staged regular protests in Portland.” Danielson was from Portland; a review of Oregon court records showed the only cases under the name Aaron Danielson were criminal traffic.

Here Are Videos of the Shooting:

Moments before shooting, listen to what was said likely by shooter and friends. “Hey we got one right here, we got a couple right here.” pic.twitter.com/AFso1rpVSm

“Initial reports indicate the suspect produced a firearm, threatening the lives of law enforcement officers,” the U.S. Marshals Service revealed in a statement. “Task force members responded to the threat and struck the suspect who was pronounced dead at the scene.”

During a press conference today discussing the murder, Portland Mayor Ted Wheeler trashed Trump and said “It is you who have not said the names of Black people who were killed by police officers” and “it’s you who claim that white supremacists are good people.” The Mayor called Trump “anti-Democratic,” saying America needs “for you to be stopped.”

Here is the press conference:

Ted Wheeler, the wacky Radical Left Do Nothing Democrat Mayor of Portland, who has watched great death and destruction of his City during his tenure, thinks this lawless situation should go on forever. Wrong! Portland will never recover with a fool for a Mayor….He tried mixing with the Agitators and Anarchists and they mocked him. He would like to blame me and the Federal Government for going in, but he hasn’t seen anything yet. We have only been there with a small group to defend our U.S. Courthouse, because he couldn’t do it…..The people of Portland, like all other cities & parts of our great Country, want Law & Order. The Radical Left Democrat Mayors, like the dummy running Portland, or the guy right now in his basement unwilling to lead or even speak out against crime, will never be able to do it! LAW & ORDER!!!