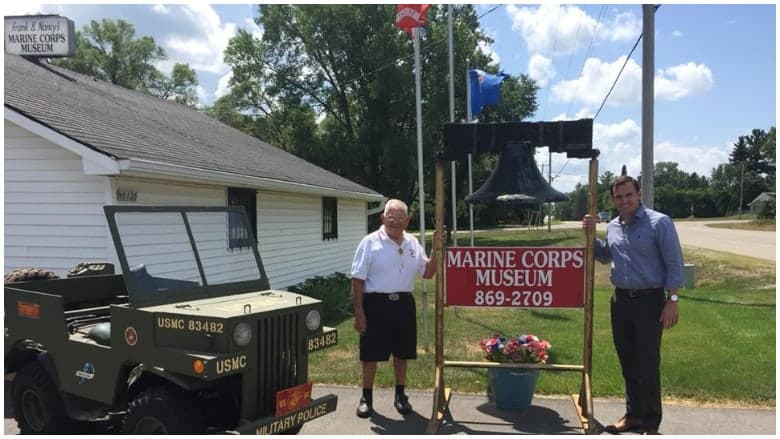 According to the Wisconsin Department of Veterans Affairs, Frank Cornelius, an 87-year-old Oneida tribal member and Korean and Vietnam war veteran, and his wife, Nancy, have “transformed their basement into a military museum. In addition to the artifacts on display, Cornelius shares with visitors how Oneida Nation members contributed to the service, including in helping to develop a secret code for communication on the battle front.” The museum created by these local heroes is called Frank and Nancy’s Marine Corps Museum.

The Department shared a story on the museum by The Green Bay Press-Gazette. According to the newspaper, the basement museum started as a hobby collecting “U.S. Marines memorabilia and artifacts” and has become a go-to museum destination for “veterans’ groups from around the country.”

“This is a living museum for everybody,” Frank Cornelius told the Press-Gazette. “It’s to let people know what people in the past did, went through in all services of the military. … This is not for me to show what I’ve done, but to show what others have sacrificed.” Four of his 12 siblings also served in the U.S. military, according to the newspaper’s report.

Cornelius Was Honored for His Service to the Country & Frank & Nancy’s Marine Corps Museum by the U.S. House of Representatives

Former Congressman Reid Ribble spoke about Cornelius and his museum when Cornelius was honored for his service to his country by the U.S. House in 2015. The U.S. House Congressional record records this statement by Ribble:

I recently had the opportunity to visit “Frank and Nancy’s Marine Corps Museum” in De Pere, Wisconsin. At the museum, I met Frank Cornelius, a 22-year Marine Corps veteran who seemed to do everything in twos. Frank was commissioned a 2nd
Lieutenant two times: First, in 1953 during Korea, and again in 1962 during Vietnam. He served two terms as a Drill Instructor: First, in San Diego, CA, and then in Parris Island, SC. Frank served two wars: First, in Korea and then, in Vietnam. He served in two different units, the infantry for the first 10 years and the air wing for the second. Frank was also an instructor two times: First in Division School in Camp Pendleton, CA, and second in electronics at the Naval Air Technical Training Center in Memphis, TN.

Frank Cornelius has won many awards in recognition of his outstanding achievements. He received 2nd place in the West Coast Regional Technique of Instruction Competition in 1958 in the “Sergeant and Below” category. More recently, he was named a National Heritage Fellow on September 17, 2008 by the National Endowment for the Arts. I urge anyone who comes to the area to visit Frank and his wife, Nancy, at their museum for a personal tour. There, you will find a patriotic veteran’s personal contribution to his community and a very interesting story of the past.

Rep. Mike Gallagher wrote on Facebook, “Frank and Nancy Cornelius represent the best of our country. Their museum, dedicated to the Marine Corps, tells an important story about service and sacrifice and reminds us all that here in Northeast Wisconsin there are heroes all around us. Semper Fi!…” 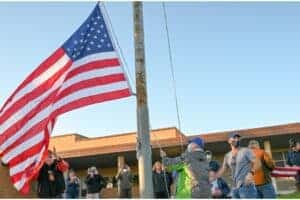 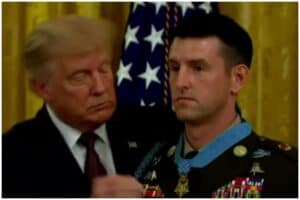 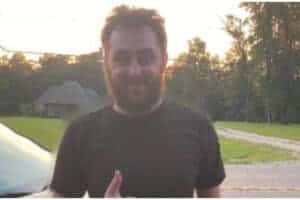