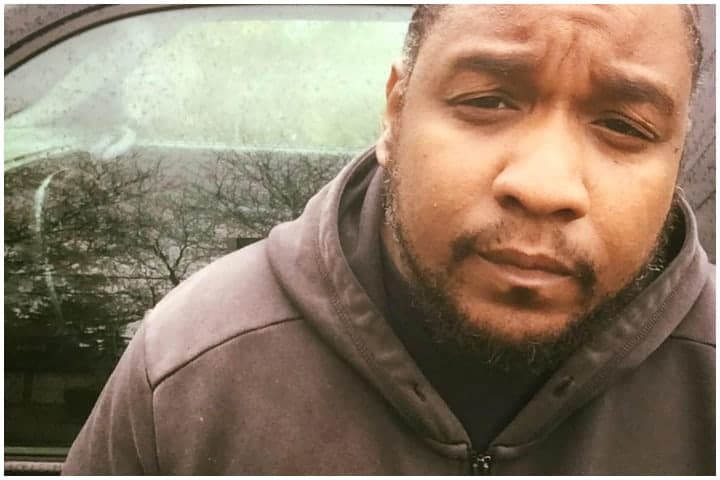 We initially reached out to Milwaukee community activist Tory Lowe to ask him about a Facebook post he wrote about being on a state racial equity committee (that appears to be a possible miscommunication as the Assembly speaker says the members haven’t been chosen yet). However, we then had a wide-ranging conversation with Lowe that proved even more interesting, so we thought we would share it here with you. His comments underscored a diversity of thought in the City of Milwaukee that doesn’t often make the news.

For starters, Lowe, who describes himself as an advocate for victims, believes that the Black Lives Matter protests are “a socially engineered movement for the Democratic party to get Trump.” Tory Lowe believes the protests are well-funded by liberal interests, organized and coordinated with the agenda of driving out the Democratic vote to defeat the president, saying, “I think the Democratic party is taking advantage of the Black community through the BLM movement.” He doesn’t believe the agenda is “really fighting for justice.” He believes the money and energy in the movement should go toward pressing issues like evictions, homelessness, homicide prevention, and so forth, and he questions why he’s not seeing that money help people who need it at the neighborhood level.

He’s a political independent who doesn’t like either Trump or Joe Biden, the latter of whom he believes doesn’t “stimulate” Black or youth voters. He also had a lot of important things to say on issues facing the Black community, including the eviction crisis and ramifications of virtual schooling on city children, many of whom he says are now being left home alone by well-meaning parents who have to work or are having trouble getting online. He thinks the online schooling at Milwaukee Public Schools due to COVID-19 will increase educational disparities because many suburban kids get to attend in-person school while city kids don’t.

Tory Lowe thinks Mayor Tom Barrett has failed to fix the disparities in the Black community, saying that if a football team kept losing every game, eventually you’d look for a new strategy. “Barrett just did it all with a smile.” He says: “Barrett is a joke. It’s the truth. Barrett is the worst mayor you could have for Blacks. His community is the worst place for Blacks.”

We don’t agree with everything Lowe said, although we agree with a lot of it. We did find Lowe’s views refreshing in many ways and felt they were deserving of a public airing. Who is Lowe? The Milwaukee Journal Sentinel calls him a Milwaukee-born community activist who helps people with evictions and assists family members of homicide victims. He was cited during a Racine protest (but has no criminal history), and he was arrested with Frank Nitty on their march to Washington D.C. but says he’s not a protester and marched to D.C. for civil rights reasons. He ran unsuccessfully for alderman against Milele Coggs and has been involved in local documentaries. He’s been a well-known figure tackling Milwaukee’s most pressing issues for a decade.  “I’m a victims’ advocate,” he says. “People call me to try to figure out wrongdoings.” He was born in Milwaukee and says he was once jumped by Ku Klux Klan members who wanted to put him in a hog grinder while he worked at a Minnesota packing house.

Here are some of his comments.

“I’ve seen this with my own eyes. It’s a socially engineered movement for the Democratic party to get Trump.” He thinks it’s funded by Democrats or liberal interests.

“I’ve been out here 10 years and all of a sudden this energy came, cities burning down. That’s organized. It’s very much organized; usually riots are organic and happen in one place. Now cities getting burned down at one time.”

He said that Black Lives Matter’s money hasn’t made its way to the neighborhoods where “kids are struggling with WiFi. There’s homelessness. Violence is up.”

He believes it’s really about “going to register to vote. Getting people to vote. That’s what this was about, pushing everybody to the polls.”

He believes that Jacob Blake and Breonna Taylor’s situations were “being used.”

He added that he believes “Antifa and Black Lives Matter are working together. Antifa is the muscle. They are suburban kids going out and burning things up. When you bring white people into the protest, it gives protection around African-Americans. They come in and they aren’t playing; they’re trained to do damage.” He doesn’t know who is training people.

“They’re funding the money to cause the chaos,” he said. He thinks George Soros and the Clinton Foundation may play a role.

“All you need is an incident for people to show up.” He added, “I believe there are a lot of paid protests. I’ve been out here 10 years. These socialist groups are very well organized. They bring bus loads of white people. I’ve seen it with Dontre Hamilton at first. They started popping up in 2012, but there wasn’t a lot of them then.”

He said that, “The circus is when the political idea comes over and people start pushing an agenda.”

“I think the Democratic Party is taking advantage of the Black community through the BLM movement and not really fighting for justice.”

He added, “It’s only aiming you to Nov. 3. I just wonder what happens after they get what they want.”

On the State of the Black Community and Virtual Schooling

“The Black community is in the worst state it’s ever been.” He said women and children were displaced through COVID-19.

Now he said that kids are struggling with virtual schooling. He cited one housing project where the WiFi was cut and hundreds of kids couldn’t get online.

He added, “Fox Point is 20 minutes from Milwaukee but the kids are going to school” in person when city kids are not. “It’s terrible.”

He said that there are more child protective services cases because “parents work. The parents can’t sit at home. They’re at work, and they’re finding out kids are home by themselves. They are home alone.”

He noted that the protests are “widespread; it’s happening simultaneously.”

On Milwaukee’s Most Pressing Issues

He said the solution is “economics.” If people could work for $22 an hour on the north side “that would help.”

“Milwaukee is the worst place for Black people to live in terms of education, economics, and housing.”

“I deal with a lot of police brutality issues. I’m not Democrat or Republican; I’m Independent. Justice is just justice if somebody’s done wrong. I deal with victims. I just want justice. I am a victims’ advocate for people wronged by the system, for innocent life.”

On Defunding the Police

He said Barrett was failing as mayor “just talking about the results.” If a coach of high school games “loses every game, you’re going to want different ideas.”

He added:  “He fooled the black community to make people think he’s nice guy… he just did it all with a smile.”

“Any time people are talking jobs, it’s good for the Black community. Trump is a businessman.”

But he believes Trump shows “bigotry” and has made racism “so outright. People think they can call people (the N Word) again.”

He likes some things Trump has done – the First Step Act, policies on economics. “Those are great ideas.”

“I’m not a protester. I’m a victim’s advocate. Victims call me. People call me to try to figure out wrongdoings. I deal with different races when it comes to injustice.”

“Milwaukee doesn’t have a gang problem.” He believes most murders are “drug related or domestic or misunderstandings that went left.”

He feels what happened to Breonna is a tragedy and “those officers should have been arrested.”

On Biden and Trump

Both are “scumbags” who are “sexual abusers,” he believes.

On Morales and Mensah

He thinks Morales was “a straight joke” and Mensah is “trigger happy. This man is a maniac. Jay Anderson proves how evil and dark Mensah is – he was just in a park.”