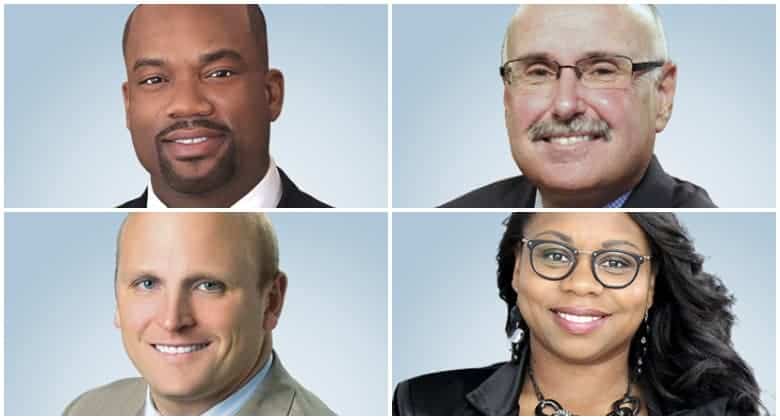 They then said everyone should “work to unify the country.”

They called the president’s request for a recount a “failed attempt to steal an election.”

The Trump Campaign “is seeking a recount of the votes cast in Milwaukee and Dane counties on November 3rd, in what is a clear attempt to somehow cast doubt on the outcome of the election in Wisconsin by looking for evidence of non-existent voter fraud,” wrote the aldermen.

“The recount, focused on Wisconsin’s most diverse counties where by far the state’s largest populations of Black and brown people reside, is not only without merit, it is RACIST and despicable! We expect the recount to find no significant issues nor anything that will change the vote totals in any major way.”

They added, “To seek to delegitimize and disenfranchise voters after a clear and sizable election result (where you lost fair and square, Mr. President) is, in our view, purely evil.”

According to a press release from Trump’s campaign, “these two counties were selected because they are the locations of the worst irregularities. Donald J. Trump for President, Inc. transferred $3 million to Wisconsin to cover the estimated cost of the recounts.”

In addition, says the campaign, “Voter identification is an essential requirement in Wisconsin and elsewhere to ensure that only eligible voters may cast their ballots. In clear abuse of Wisconsin’s provision to issue ballots to indefinitely confined voters without requiring them to present voter identification, some Democrat county clerks illegally advised voters to illegally mischaracterize that they were indefinitely confined to circumvent Wisconsin voter ID law.”

“A substantial number of those claiming that status were sent and then returned ballots without proper identification and without otherwise meeting the requirements for that status,” it says.

“The people of Wisconsin deserve to know whether their election processes worked in a legal and transparent way. Regrettably, the integrity of the election results cannot be trusted without a recount in these two counties and uniform enforcement of Wisconsin absentee ballot requirements. We will not know the true results of the election until only the legal ballots cast are counted,” said Jim Troupis, counsel to the campaign. “We will not stop fighting for transparency and integrity in our electoral process to ensure that all Americans can trust the results of a free and fair election in Wisconsin and across the country.”