Wisconsin Right Now IN VALOR THERE IS HOPE
Home Featured As a Waukesha County Resident, I Welcome Joseph Mensah to Protect Our County 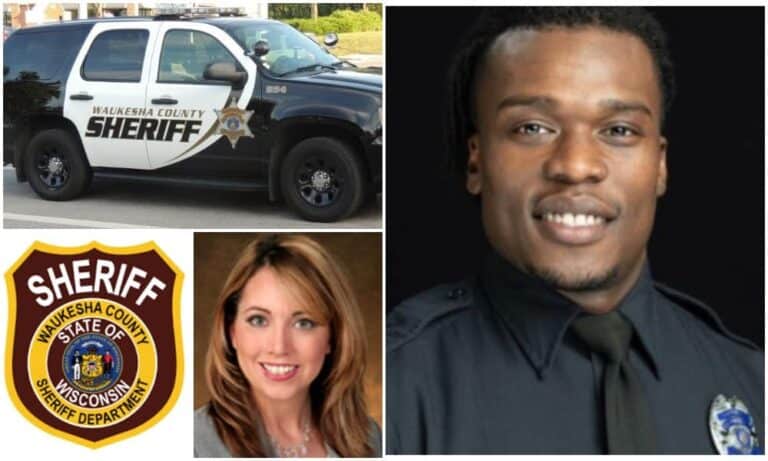 “As a resident of Waukesha County, I feel perfectly safe having Mensah protect me and all residents of the county.”

I live in Waukesha County, so I have standing to commend Waukesha County Sheriff Eric Severson for his gutsy move to hire former Wauwatosa Police Officer Joseph Mensah as a sheriff’s deputy.

I suspect that Deputy Mensah will have a more welcoming reception in Waukesha County than he did in Milwaukee County. He certainly will from me. If I encounter Officer Mensah on duty in my community, I would shake his hand and thank him for protecting us.

As a resident of Waukesha County, I feel perfectly safe having Mensah protect me and all residents of the county of every ethnic background. He also adds diversity to the Waukesha force, which is a good thing. In fact, I feel safer having him on the job.

Because there’s no evidence that Mensah is not a good cop. I acknowledge that it’s very rare for an officer to be involved in three fatal on-duty shootings, as he has been, and I don’t like to see anyone lose their life. However, in each case, the man shot had a weapon.

In each case, the man shot could have made a different decision and complied with officers’ orders. In each case, Milwaukee County District Attorney John Chisholm found that Mensah acted in lawful self defense. That matters. A lot.

According to Chisholm and former US Attorney Steve Biskupic, who both investigated the matters: