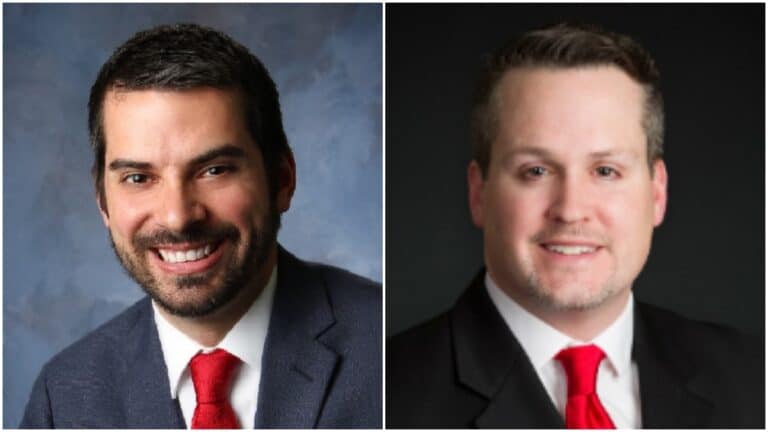 They agree that the negative narratives against law enforcement in the media are often unfair.

Toney and Owens have announced that they are seeking the Republican nomination in the quest to oust liberal AG Josh Kaul. It’s not yet clear whether former Republican AG Brad Schimel, now a judge who was defeated by Kaul by an extremely slim margin, will mount another bid for the office. However, it’s clear that Republicans are going to have a vigorous AG primary this time around, and Kaul is going to have a strong challenge focused on the defense of law enforcement.

Ryan Owens expressed great concern about the elimination of qualified immunity, which has become a rallying cry on the left. Toney criticized the rush to judgment against police officers, especially with false narratives in the media, saying they deserve the same due process as everyone else in society.

The candidates spoke in New Berlin on Saturday, April 24, 2021, at a “Backing the Badge & Building Bridges” Town Hall. The event was sponsored by No Better Friend, Corp., a non-profit founded by former Republican Senate candidate Kevin Nicholson, a Delafield businessman who served in combat in the U.S. Marines. The group focuses on “promoting conservative ideas and approaches in the areas of economic growth, education, health care, promoting a culture of life, and national defense,” according to its website.

Eric Toney said there’s been a “failure of leadership in Madison” and that some officers are unfairly convicted in the public narrative when they deserve proper due process. He cited the Michael Brown “hands up don’t shoot” narrative that was later proven to be false.

“We need to give law enforcement the same due process,” he said.

He said that Gov. Tony Evers “doubled down” after the Jacob Blake shooting in a statement that Toney interpreted to be urging the officer’s prosecution “for political reasons.” Toney said he found that “offensive” that the governor would imply that “politicians should drive decisions.” The officer in the Blake shooting was exonerated by the Kenosha County DA. [Read our previous opinion piece condemning Evers’ reckless Kenosha statement here.]

Both men’s speeches seemed well-received by the crowd.